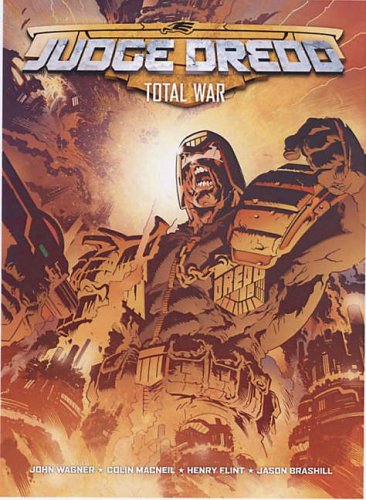 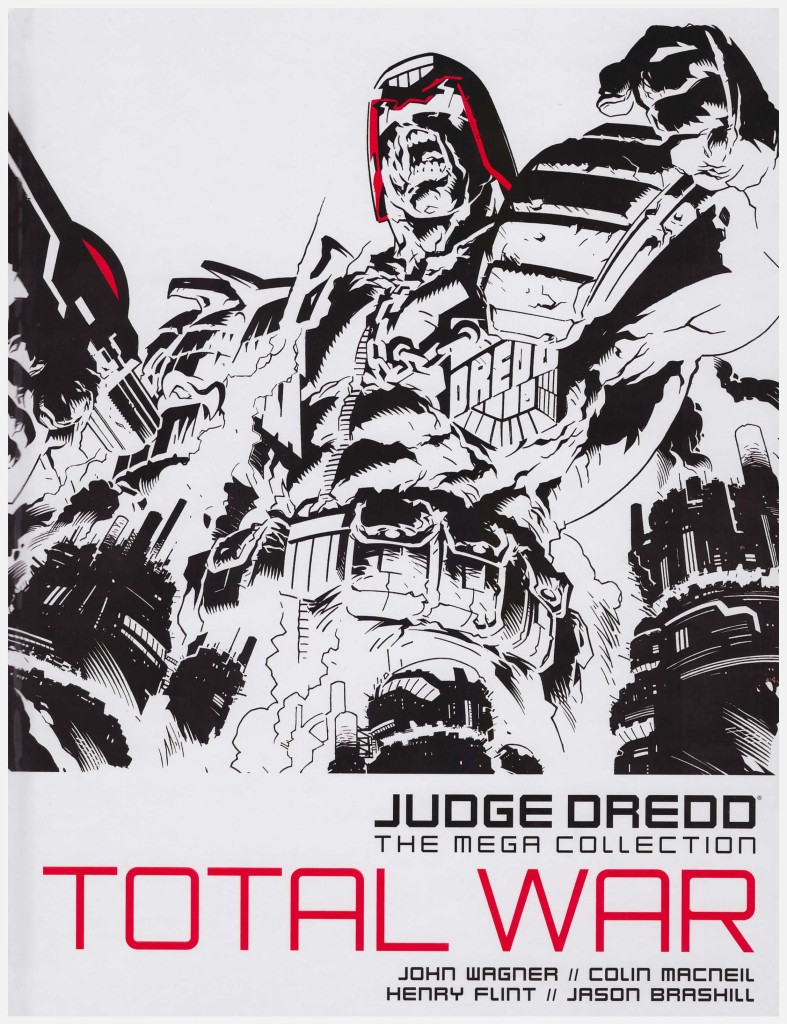 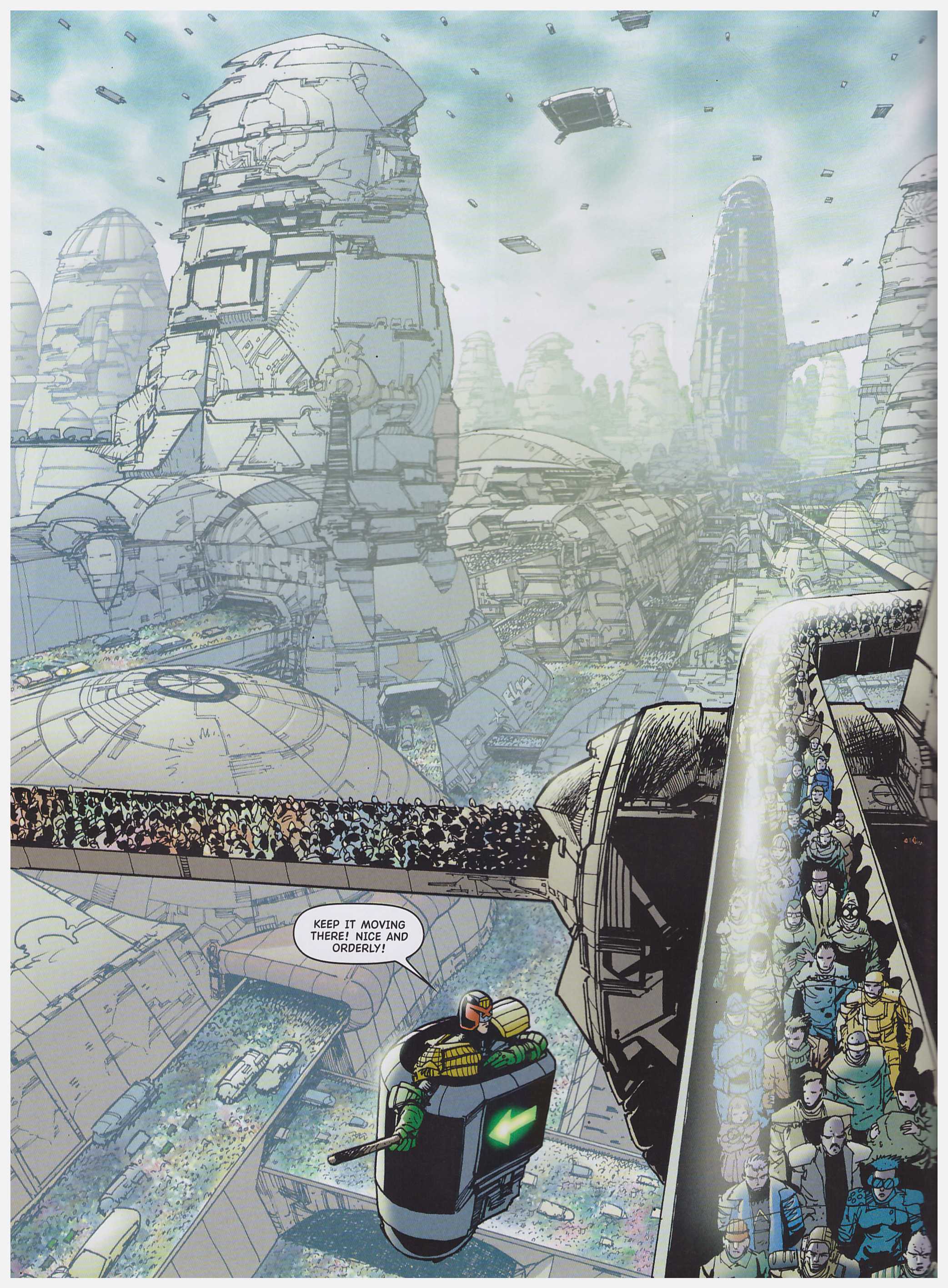 To begin with Total War, in one respect, is rather a misnomer of a title. While the levels of carnage are high, it refers to the name of a pro-democracy organisation, always rather a tricky proposition in a society where armed Judges can dispense instant justice ranging from fines to execution. Total War are the direct action element of the democracy movement, first introduced introduced by John Wagner in one of his finest Judge Dredd graphic novels, America.

This collection opens with what’s very much a thematic sequel to America, the similarity heightened by the use of Colin MacNeil as artist. Wagner tweaks the plot to show similar circumstances but from the viewpoint not of the lovestruck, but of the terrorist. This is Sonny Castinello, fairground employee, rather unworldly and easily manipulated despite being an accomplished liar. Wagner delves deep into the methods of control used by the Judges, and this one of the periodic tales where he deliberately accentuates what bastards they can be. Dredd’s attitude is “This is war. I make no concessions. Beat me fair and square and you can take the keys to the Grand Hall of Justice off my dead body, but damned if I’ll hand them to you on a plate.” Sonny’s opposing view is “How do you fight them when they have all the money, all the power, when every attempt at peaceful change is beaten down or subverted?” The means of the climactic scene is well worked in, but it just falls short of the emotional kick to the gut that America provided. ‘Terror’ is very fine Dredd, though.

So is the title story. The Dredd strip has a history of occasionally rambling when it comes to material featuring massive devastation, but ‘Total War’ is a tense action thriller, all the better for being relatively compact. The group hierarchy, or some among them, believe the time has come when only indiscriminate direct action will deliver a root and branch system change. Their means of effecting this is a claim to have concealed 200 nuclear bombs throughout Mega-City One, the first of which is immediately detonated for verification.

The Judges endure a desperate race against a deadline as Wagner emphasises the procedural opportunities their technology provides. It’s all excellently illustrated by Henry Flint, occasionally taking his cue from Dredd great Carlos Ezquerra. His layouts are dynamic and propel the story, and he’s particularly good with imaginative quirks such as a spectacular before and after contrast. It’s another top notch story that maintains its tension to the final pages.

In the UK there’s an alternative edition of Total War released in hardback as part of Hachette’s Judge Dredd Mega-Collection partwork. It packs in a couple of extra stories, with a surprise return for Nosferatu, a foe from the earliest years of Dredd, well drawn by D’Israeli far from his usual style. Gordon Rennie writes a pair of strips set in the aftermath of Total War. Carl Critchlow’s art on a Cursed Earth story is excellent, and Anthony Williams follows up on the fate of Vienna. There’s also an interview with Flint about his Dredd art.