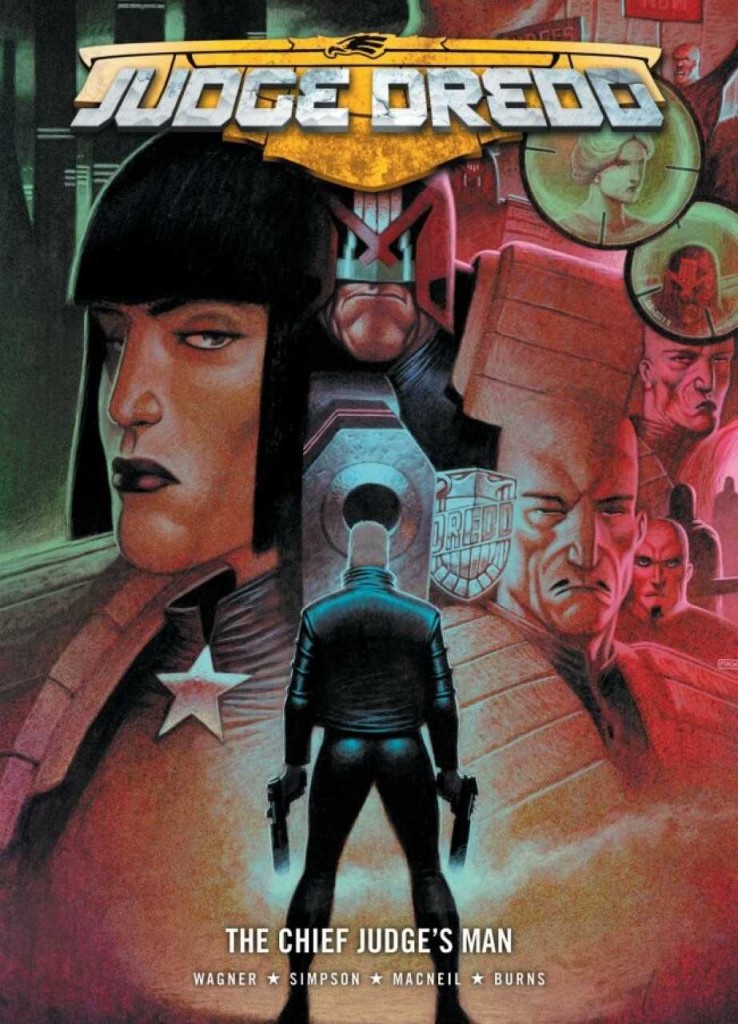 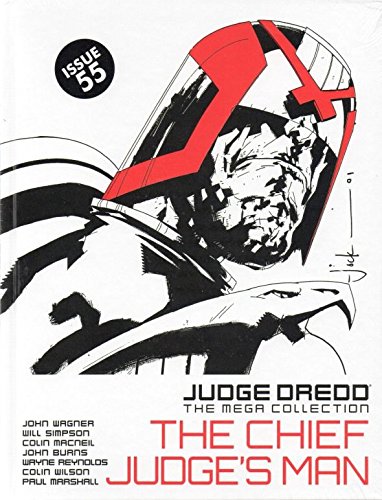 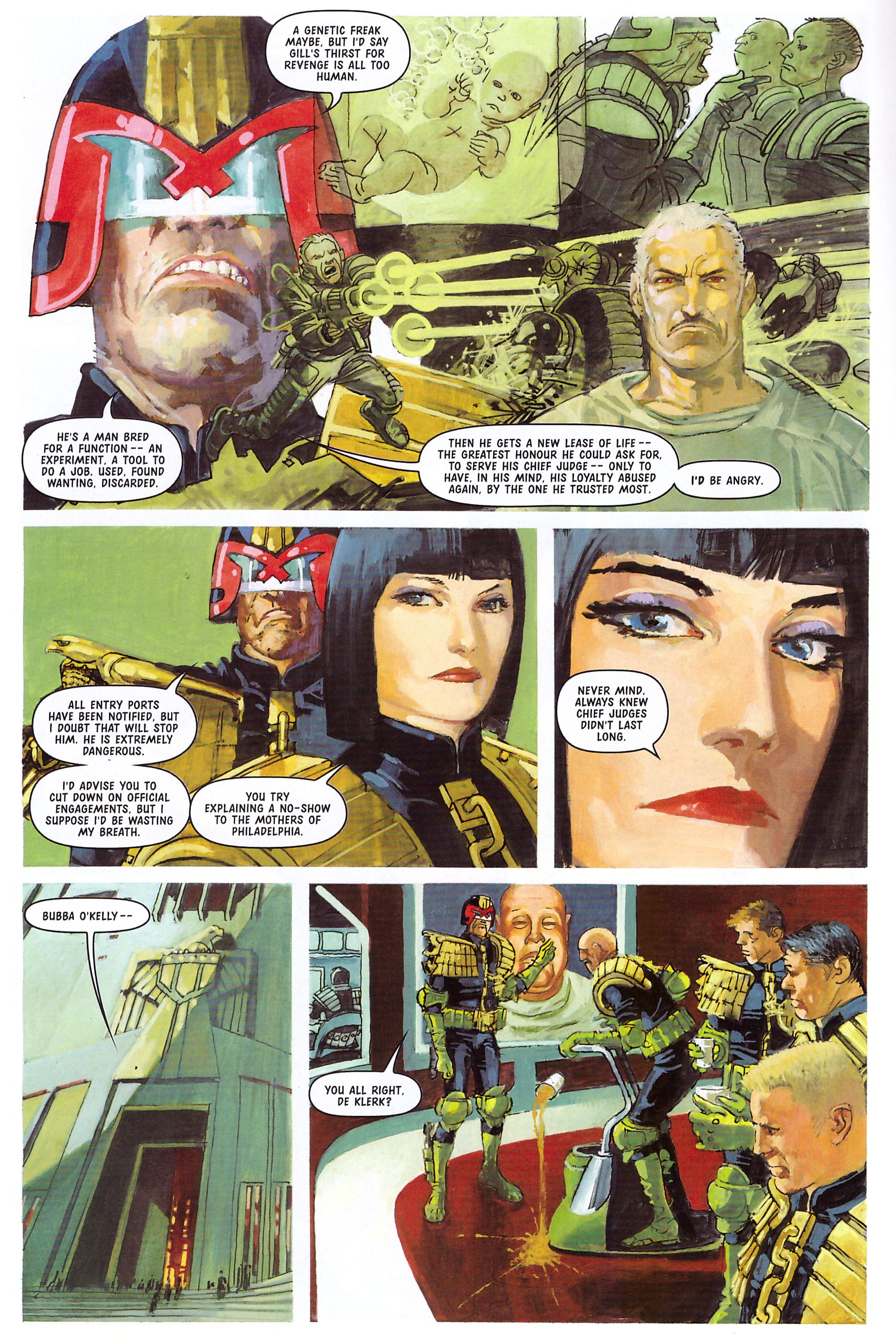 Over the years as well as his mastery of the epic and the compact, John Wagner has turned out dozens of clever brief episodic tales, and The Chief Judge’s Man is a high quality example. Wagner strings the readers along over three linked stories, each by a different artist, the longest of them eight chapters, .

Armon Gill is a former soldier, a combat and weapons specialist, whose career ended in a dishonourable discharge. He applied to become a Mega-City judge, but instead of his application being processed he received a holographic call from Chief Judge Hershey. Every now and then there’s a danger to the system, and Gill receives a call identifying a target for assassination, with democracy campaigners high on the list. These killings are carried out on a no-accountability basis, and the judges themselves have been trying to apprehend the person they call  the Justice Killer.

Throughout the opening tale readers will have their suspicions, and Wagner confirms them by the story’s end. It’s standard Dredd material, but the remainder is far better as Wagner’s given more thought to the possibilities of what he’s set in motion. Colin MacNeil takes over from Will Simpson as artist, and there’s a greater style to his artwork, rendered in vividly coloured acrylic and told in a more static fashion, yet well matched as Wagner relies more on narrative captions for this portion. While Gill is supplied with a new identity, the convenience of his escape nags at Dredd: “He’d found his mind continually returning to the problem. An itch that wouldn’t go away”. This is the warrior’s instinct, and Dredd concludes that Gill had help from within the Justice Department. The help within the Justice Department has meanwhile concluded that Dredd must become a target.

That’s just the opening of the clever central structure. The reader is aware false information is being spread, and that leads to an excellent conclusion with Dredd satisfied, but we know there are hanging threads. These are picked at in the trilogy’s conclusion, which begins with Dredd having to eat some humble pie and escalates as we discover just what Gill is and what he’s capable of. This conclusion features the best art in the book, John Burns (sample page) setting some memorable scenes in slashing rain, and Wagner turning the tables on Dredd.

Taken as a whole the three portions of The Chief Justice’s Man may vary their structure and art, but combine smoothly for a tense action thriller.