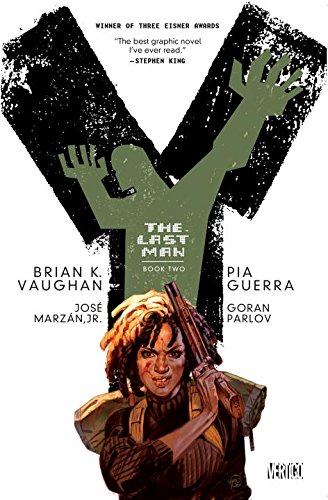 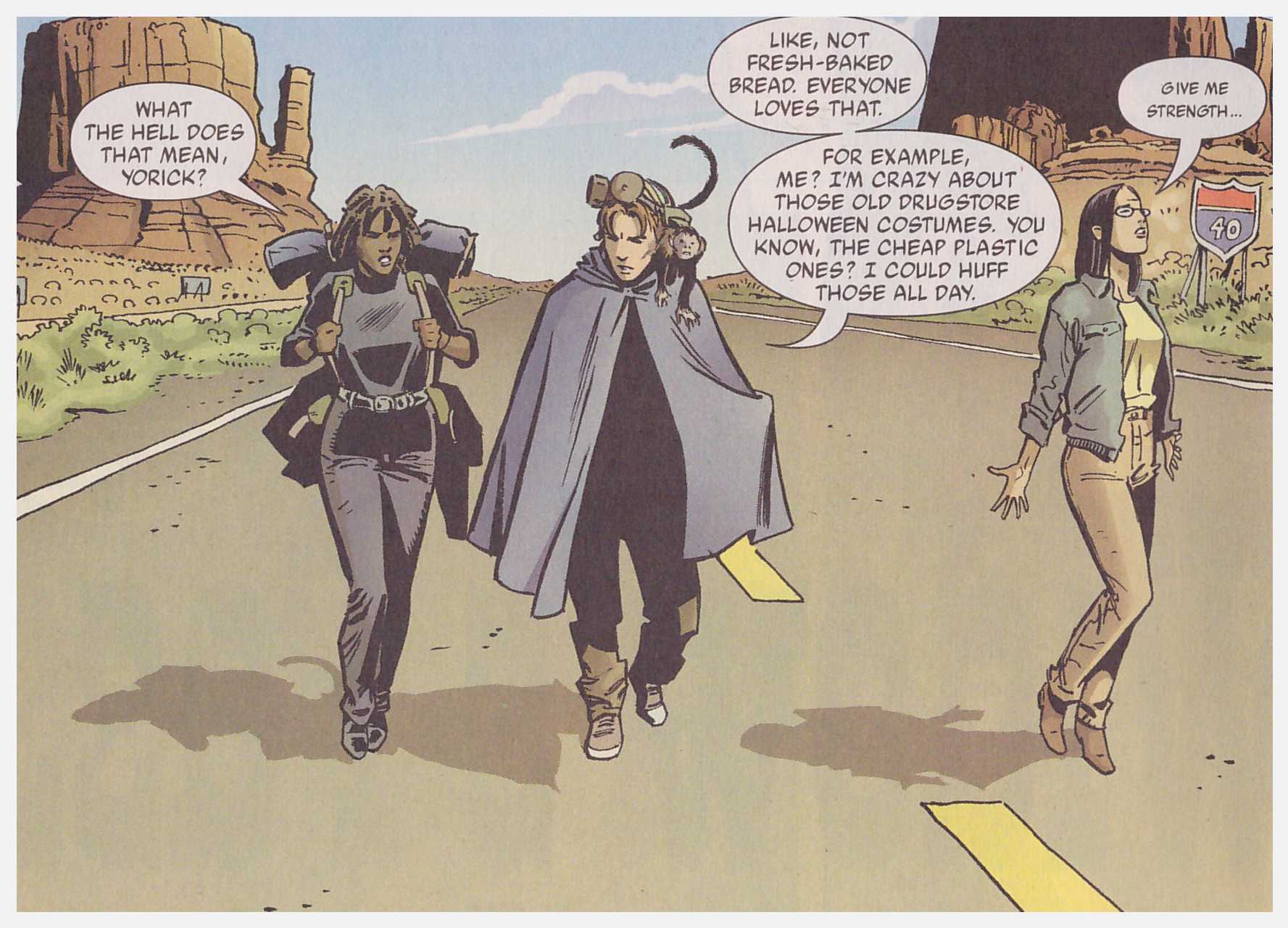 This second gathering of Y: The Last Man is two previously released paperback volumes, One Small Step and Safeword, combining both the best and the weakest material to this point. Of course, when the quality level is as high throughout as it’s been here, “weakest” is a relative term.

Brian K. Vaughan used this series very much as an extended character exploration. In the case of Yorick Brown the issue is relatively simple. He’s the last man on Earth, so why does he keep placing himself in situations that endanger his life? It’s a question that builds over the content here until a veritable dissection in the most surprising of circumstances. There are revelations about his past, but a fundamental breakthrough remains concealed, with a part to play as the series approaches conclusion.

Also under the spotlight here, although in a more piecemeal manner is Doctor Alison Mann, about whom we learn quite a bit. She maintains a dedication to her primary calling, but there are complications.

Before that point there’s an overly extended clash of ideologies set around the news that people who’ve remained in isolation in a space station are returning to Earth. A primary character here is Israeli soldier Alter Tse’Elon. She’s been featured since the opening chapter, and has been responsible for some decisive action, but here comes into her own, the question being whether her loyalty to her country supersedes her finer instincts. The finely tuned moral conflicts that characterise the entire series are in full play here, but the story’s over-extended and a concluding element could be seen as a cop-out.

For the first time there are two chapters here not drawn by the team of Pia Guerra and José Marzan Jr, as Paul Chadwick illustrates a tale about a troupe of minstrels acting out a play that has some relevance to Yorick’s situation. It’s not Vaughan or Chadwick’s finest work, and two chapters is a lot to say a little.

The finer work is the second half of the book, including the in-depth assessment of Yorick followed by the completely different mood of ‘Widow’s Pass’. Here a small group of well armed and resilient women are preventing traffic crossing into or out from California. They believe the death of all men was a federal plot, and don’t intend to compromise. Unfortunately someone makes the mistake of thinking they might listen to common sense. “This is a political revolution, not a tollbooth”, is the aggressive response. By the conclusion Yorick has taken another step in a direction he’d rather have avoided.

The bonus material in this hardback is the full script for one chapter. Vertigo have more recently been producing paperback versions with the same content, and this is referred to as Book Two. 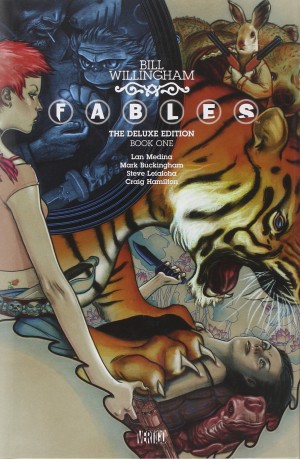