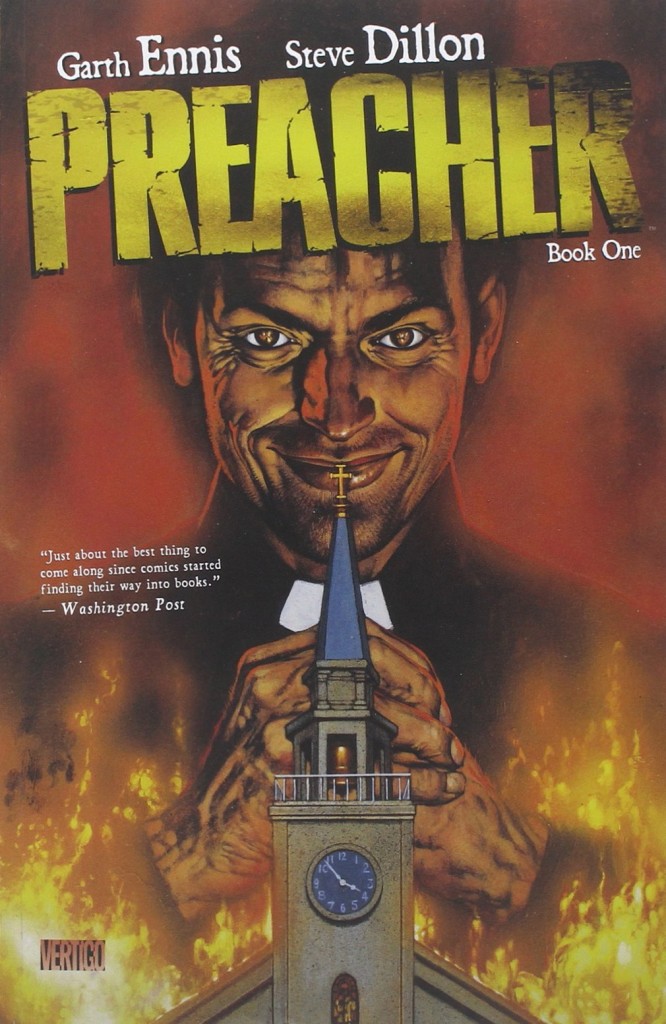 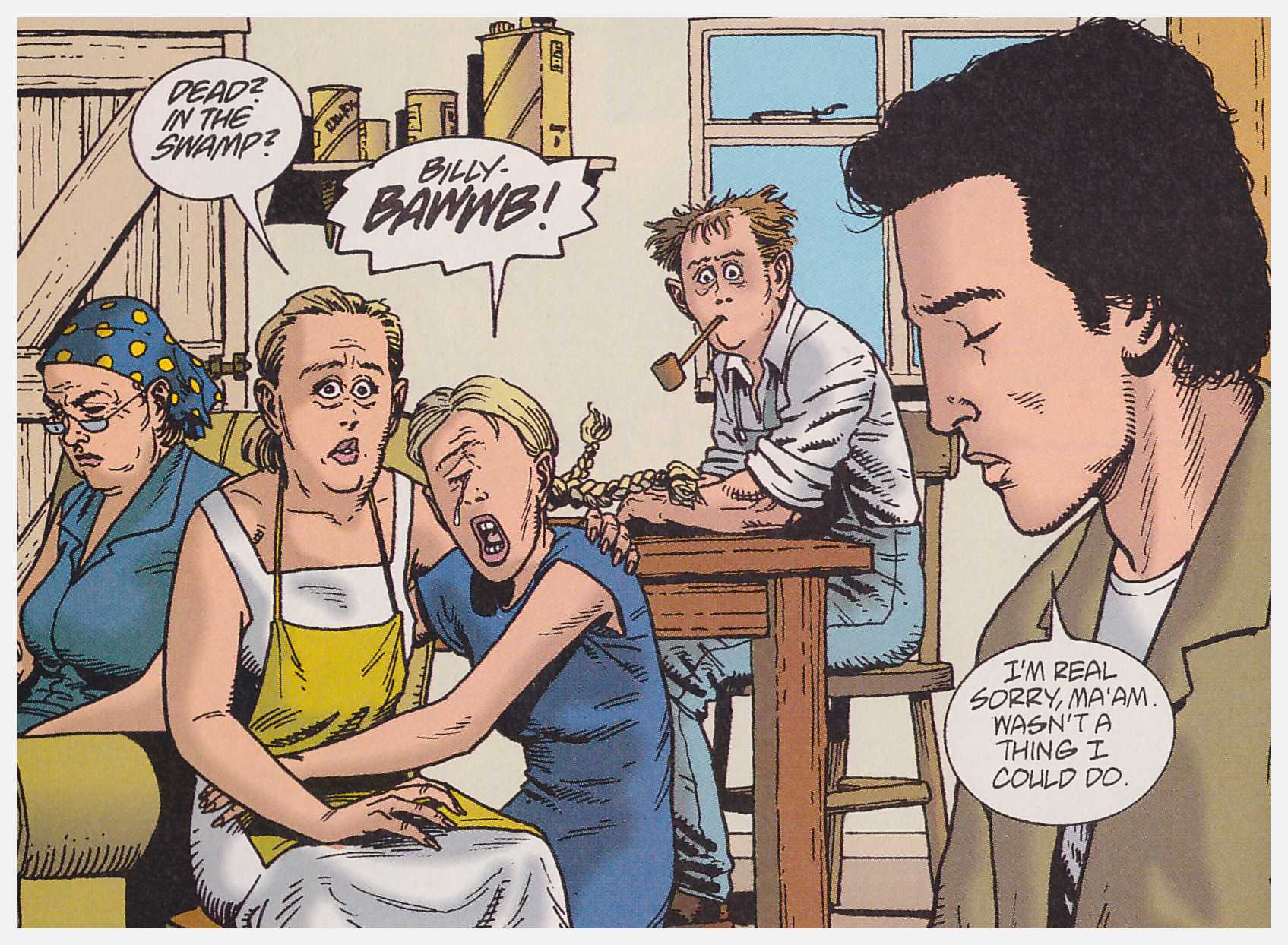 A dozen years after Preacher first achieved book publication the material was re-packaged, contracting what was nine volumes to six hardcovers in 2009, followed by six paperbacks in 2013. Book one re-presents what was originally Gone to Texas and half the content of Until the End of the World.

The combination of modern-day Western, buddy road movie and tragic love story remains compelling, very funny, and a touching read. To reach that material, however, we first have to deal with the Vertigo imprint circa 1995. Launched as a well-intentioned home for adult material, by the mid-1990s Hellblazer and Sandman had set the template, and Vertigo’s offerings were near exclusively horror and fantasy based. Preacher‘s writer Garth Ennis and artist Steve Dillon launched their Vertigo careers with a long run on Hellblazer, which Ennis later noted was pretty well the only non-war comic he felt qualified to write at DC. There’s a hangover as Preacher‘s early material is heavy on mystical trappings that would be sidelined, but which Ennis and/or his editors believed necessary for Vertigo’s core audience at the time.

He hedged his bets with Cassidy, a drunken Irishman with a secret who could have turned up in Hellblazer, and the thrust of the early material concerns the fallout of consort between angel and demon. It leaves smalltown preacher Jesse Custer with the ability to command others to do as he says, and he’s fortunate that the girl he apparently deserted five years previously is passing when his church is destroyed.

The characterisation of three main protagonists is well handled, but the plots improve considerably when the considerations of heaven and hell are cast aside for the presentation of more urban, then rural character-based horror.

Over the course of the series Ennis delves into the past of all three lead characters, and it’s Custer’s turn first as his appalling back end of beyond Texas upbringing is revealed. The matriarch of his mother’s family is such a fervent believer in God that transgressions are punished by being sealed in a coffin and placed underwater for up to two weeks. Her will is implemented by out and out thug Jody, and T.C., who takes the role of cackling henchman.

That pair join the roster of grotesques Ennis has already provided, including the unfortunate Arseface, his distinctive appearance the result of a failed suicide attempt, and the Saint of Killers, a merciless two-gun agent of celestial vengeance.

Ennis’ imaginative and redolent dialogue provides the atmosphere. “A soul so rattlesnake mean Satan himself threw him back outta Hell”, “I’m looking for the Lord because I figure he’s deserted his creation. I aim to bring him to book”, “Could be I’m gonna shit me the keys to Graceland tomorrow, but I kinda doubt that as well”. Some have a problem with the use of gender preference as insult as in “You’re the kind of guy who’d crawl through a perfectly good whorehouse to get to a fat boy’s ass”. To portray the characters presented throughout Preacher in politically correct manner, though, would be to castrate the concept. Plenty of bigots, racists, misanthropes and assorted other disrespectful lowlife exist, and in Preacher if they don’t see the error of their ways they’re certainly introduced to some righteous vengeance.

Dillon’s contribution is immense. He’s not the finest artist when it comes to emotional subtlety, but that’s not greatly required here. His characters are superbly designed, and his layouts fresh even during lengthy conversations.

There’s no poor material here, but midway through the book stronger naturalism prevails, and Preacher never looks back. 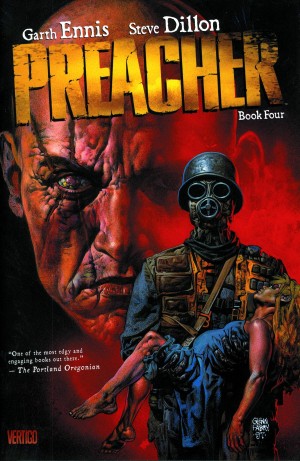 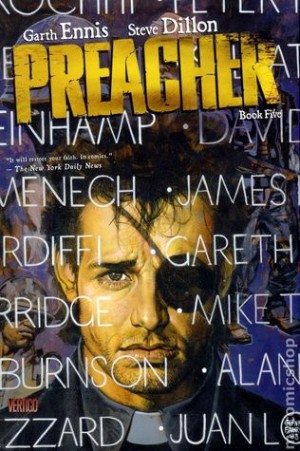