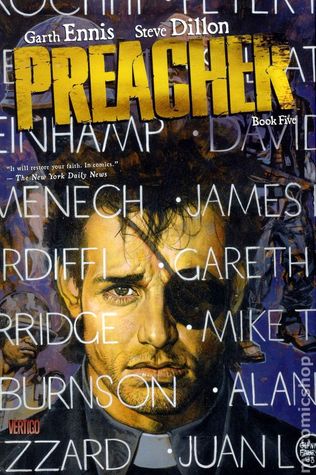 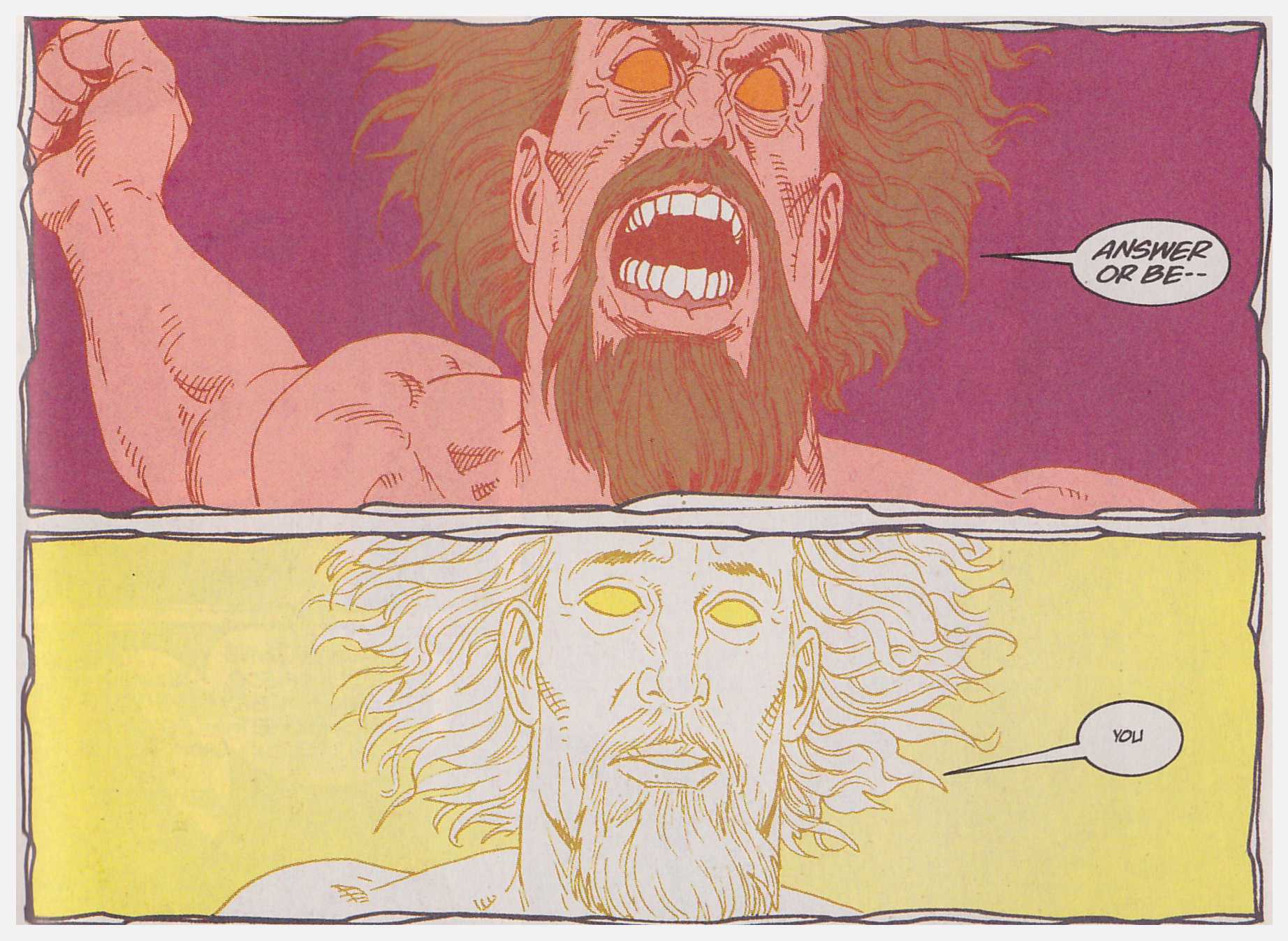 There’s an immediate unpleasant surprise on cracking this Preacher collection open, as the paper stock has switched from the pulp of previous volumes to gloss. Comics produced for the former assume an unhealthy vibrancy on the latter, and while the strength of content diminishes this as the book proceeds, it’s an unwelcome upgrade. Those who prefer the original paper can source Salvation and All Hell’s A-Coming in which the content originally appeared.

Internally much of the book is change of pace after the events concluding book four, although fans needn’t concern themselves, this is the same genre-splicing, page-turning entertainment as previously. Jesse Custer arrives in Salvation, Texas, to find his own, and rapidly assumes a position of responsibility in a town whose economy largely depends on a meat-processing plant just outside. It’s an uneasy relationship, with the plant owner a self-made man secure in the belief that liberal application of money turns any situation to his advantage. “Ol’ Odin never had no fancy education, no. Odin Quincannon started out so poor he had to wipe his ass with his hand.” With Custer’s finely honed sense of justice, a clash is inevitable, and escalates in hilarious fashion, not least due to constant hints about Ol’ Odin’s secretive obsession.

Secrets run common in Salvation, and Garth Ennis trickles their slow release in masterful fashion, dropping some fine shock bombs. There are other factors to keep Custer in town, not least the possibility that Tulip might not be the only woman for him. Also present is Lorie, from Custer’s home town, and sardonic bar owner Jodie: “Never underestimate the magnetic pull of Salvation, especially to those as ignorant as sin”.

Among other matters Ennis addresses the USA’s uneasy race relations, although he plays the Ku Klux Klan strictly for laughs, and he develops a fine method of sorting out local disputes. Despite starting with only one familiar character, the Salvation stop-over is one of the finest sequences in the entire run, refreshing the series considerably, and presenting an almost pastoral view of small town USA. Artist Steve Dillon plays his part with customary clear storytelling and compelling character design.

The narrative naturally reaches a point at which Custer can’t continue ignoring his heart and his problems, at which point the story abruptly switches back to Tulip and Cassidy. Neither is a picture of health, and in pulling away Tulip’s background is revealed. It’s the least successful of the Ennis’ stories focussing on the history of the main cast, humorous in places, but never compelling, and serving to introduce her friend Amy as much as anything.

Amy is pivotal in reuniting Custer and Tulip, after an excellent chapter of Custer driving across the country, the people he picks up, and the radio that distracts him. Their eventual reunion is surely all that anyone would wish, with Tulip providing a fine summary of Custer: “You have to chew things over and brood and brood and brood and think dark ironbound thoughts until you’re just eaten up by your troubles.”

Book four was the weakest collection in the run, and despite almost no Cassidy book five is the strongest. Anyone who can only afford a single volume of Preacher should start here. 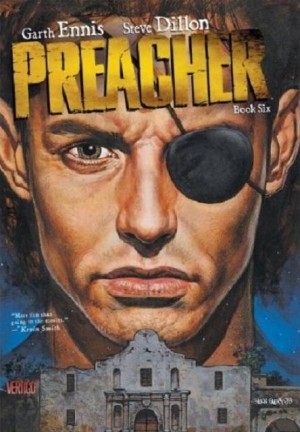