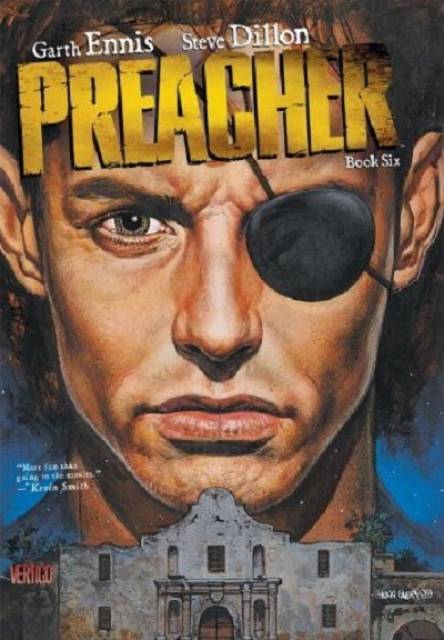 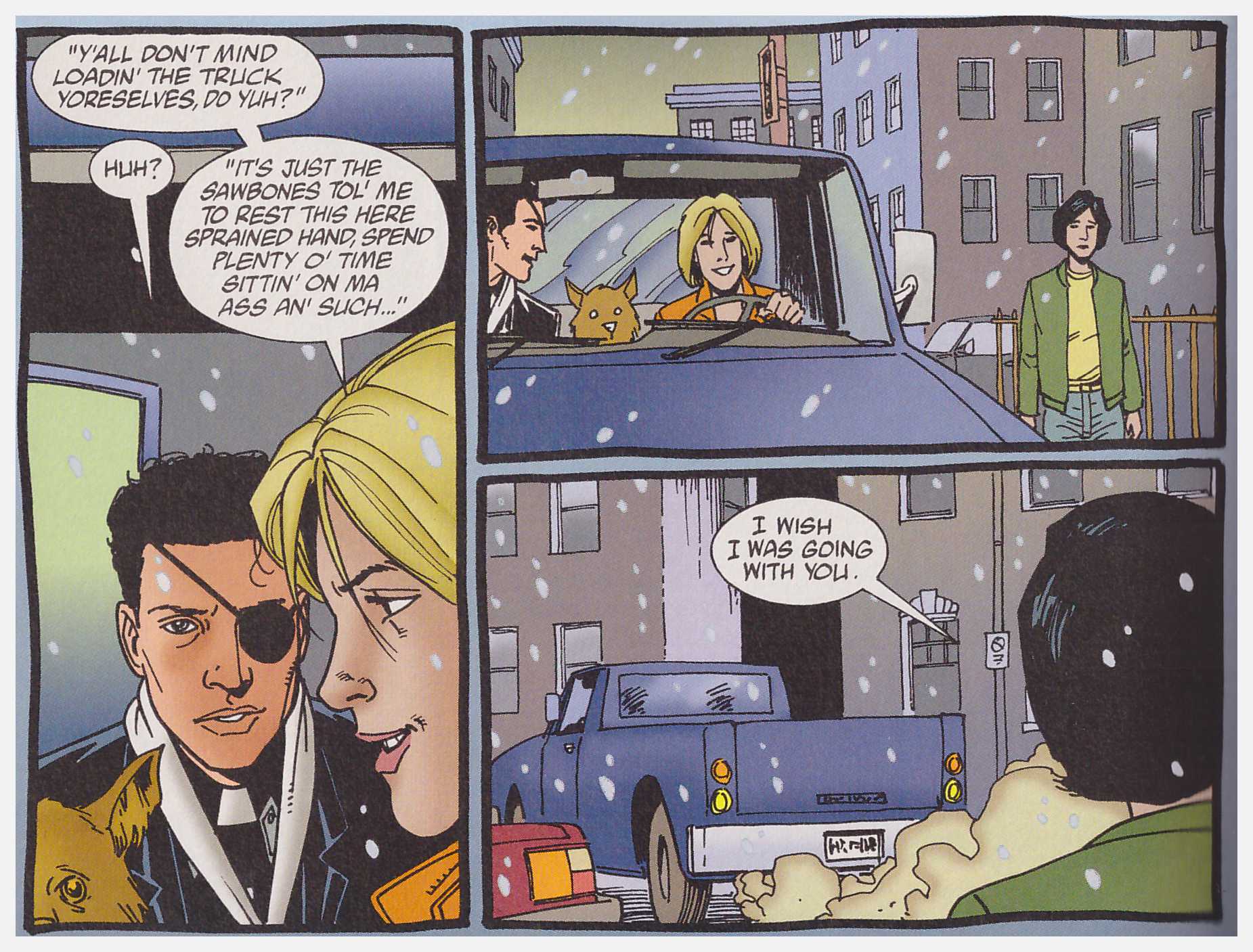 This final volume begins with Herr Starr and the Grail back to centre stage, and Cassidy a hovering background cloud as Jesse Custer investigates his past.

There are some shocking and deeply unpleasant revelations building on information already learned, and filling gaps in a version Cassidy provided in book two. It redefines a relationship, and leads to a compelling confessional chapter later in the book.

From early in the series the Grail and their plan for the millennium has been a constant threat to Custer, and now Starr controls the organisation he dedicates their entire resources against him. There’s an initial logical flaw here, later explained, and Starr continues to serve his secondary purpose as the victim of Garth Ennis’ very dark sense of humour. Before Starr can enact his plans he delivers a few Basil Fawlty-style rants on discovering overseas elements of the Grail have dispatched an envoy to investigate previous events. This envoy is a formidable opponent, and comes well protected.

At the core of everything is the relationship between Custer and Tulip. Yet no sooner is it back on track than Custer plans events that take him into some very dangerous territory indeed. This leads to the weaker moments in the book. As he’s wrapping everything up, Ennis has to reintroduce the fantasy elements that underpinned the earliest Preacher material, which rapidly sat uneasily alongside the story Ennis actually wanted to tell. A somewhat forced diatribe about the nature of God ensues, as Custer plots to establish the children have broken away from the parents. Unusually for Preacher, there’s an ambiguous ending to that particular plot, involving the Saint of Killers.

Pretty well any significant character who survived their initial Preacher appearance features here as Ennis conducts his valedictory tour. There are some surprising developments for the citizens of Salvation, Hoover rediscovers an inner peace and lightness of heart in a particularly fine moment, and the fallen angels re-appear. There’s also a glimpse into the wild younger days of Custer, Tulip and Amy as Ennis attempts a modern-day Western complete with horse rustlers and the grizzled Texas Ranger.

That chapter is notable for John McCrea inking Steve Dillon, providing a looser and more cartoony style that’s not entirely in keeping with the series to date. Otherwise Dillon’s on fine form throughout, particularly with a couple of simple, yet expansive double page spreads near the end.

There are times when the pace could be quickened as the story heads towards its climax, but the unpredictability that’s characterised the series to this point continues. It may surprise, but there’s surely no reader involved with the characters who’ll have much complaint about the conclusion.

Those preferring a cheaper book on pulp rather than glossy paper will find the content here spread across the older collections All Hell’s A-Coming and Alamo.