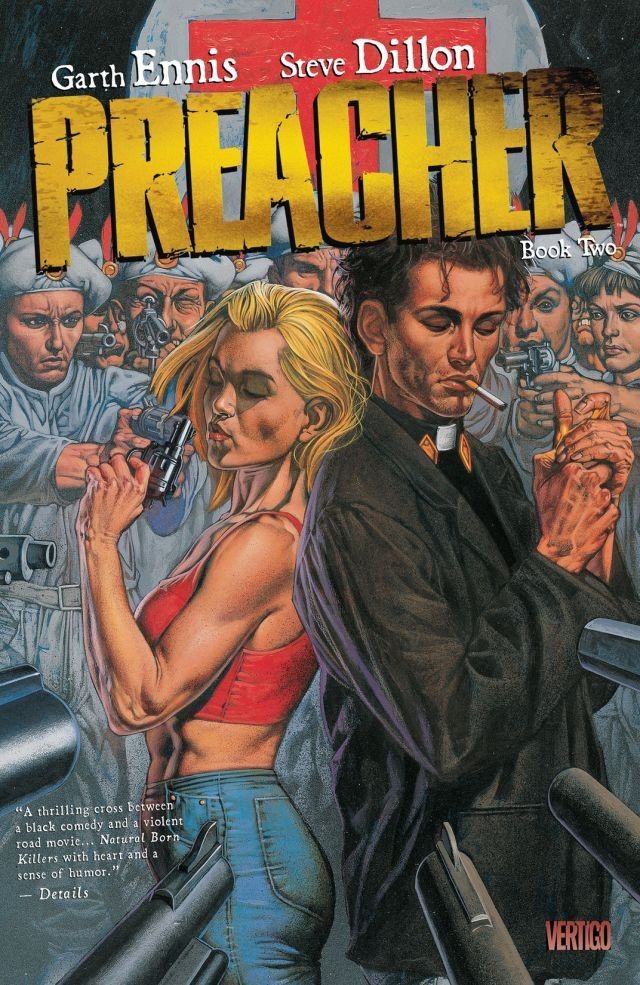 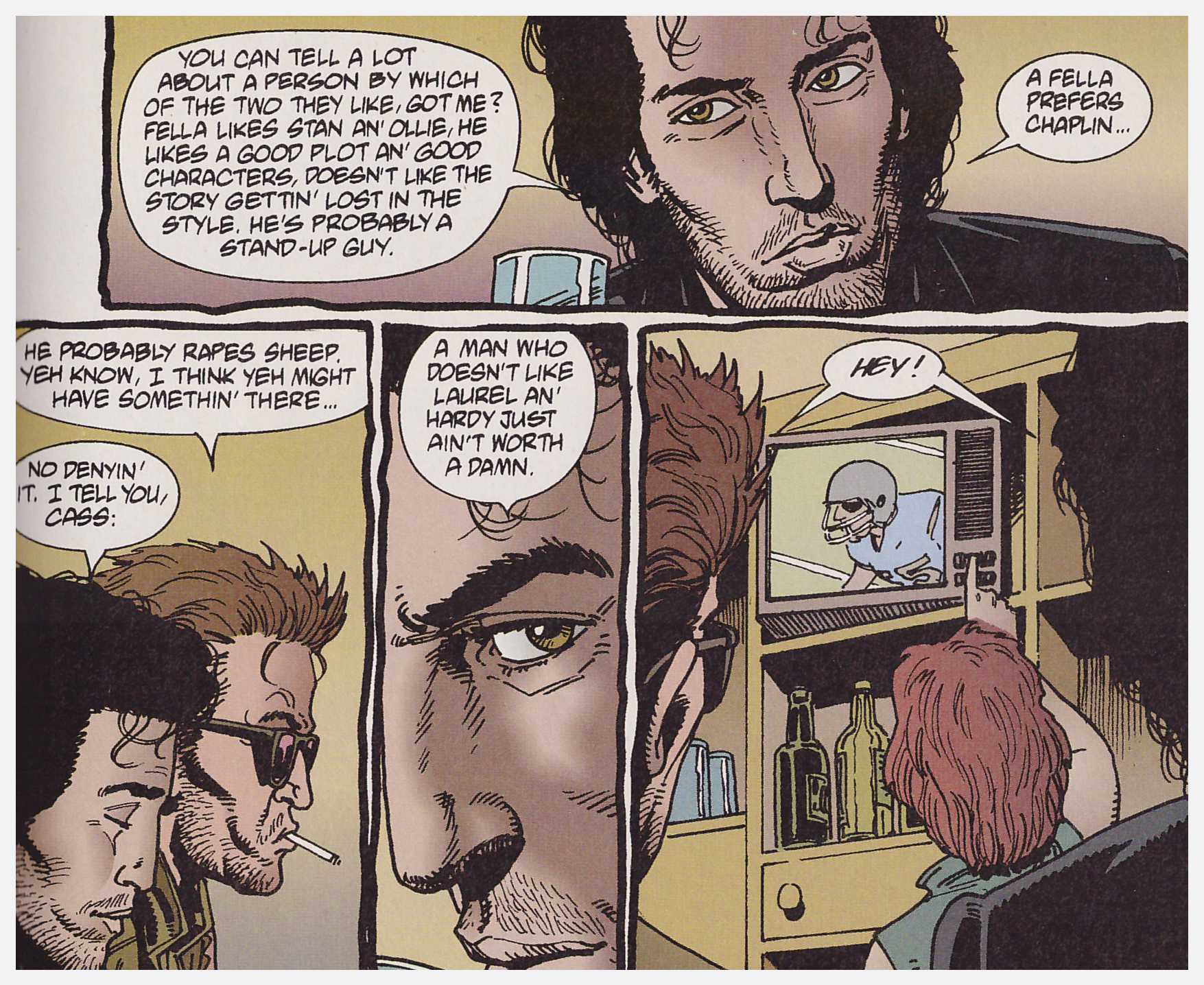 This second oversize collection of Preacher hoovers up the content of Until the End of the World not presented in book one, and includes the entirety of Proud Americans. Thematically this is a better fit, as an organisation known as The Grail dominates most of the narrative.

The Grail have been charged with ensuring the bloodline of Christ survives throughout the ages, preserved for a conflagration they believe will occur around the millennium. They’re immensely wealthy, powerful and influential, but divided. One of their highest-ranked operatives, Herr Starr, believes the head of the organisation to be deluded, and Starr considers Jesse Custer with his ability to command others is the man who’ll fulfil the Grail’s agenda.

Garth Ennis’ take on the legends of the Knights Templar is a hell of lot more entertaining (and blasphemous) than Dan Brown’s populist servicing of the stories. The associated pomposity is present in order for the later shredding of dignity in hilarious fashion, yet Ennis still manages to portray a terrifying depiction of an organisation bereft of boundaries. There are comparisons to be drawn, not least in the manner in which, for all the resources at their disposal, the Grail don’t stint on the elementary errors. The Saint of Killers, introduced in the previous volume, has his own reasons for targeting the Grail, and mayhem ensues.

The memorable monstrous supporting cast benefits not only from the addition of the single-minded Starr, but the corpulent head of the Grail, D’Aronique and his charge, sex-themed private investigator Bob Glover, the absurdly loyal Featherstone and her unreciprocated love, Frankie the castrated Mafia assassin, and the unrestrained hedonist Jesus DeSade. All are memorably brought to horrific life by artist Steve Dillon, with any British reader older than forty surely able to recognise the base constituent of Glover’s character.

As in every volume of Preacher the dialogue is wonderful: “Your excuses are not worth a foreskin of stale brie”, “At the end of every day every leader of every nation makes a telephone call. They dial a number I have given them and when I answer they simply say ‘Thank you’”, “We’ll go up to Washington you and me, and we’ll steal the presidential limo, and we’ll drive that bitch down Route 66 ’til the wheels drop off”.

Over the final chapters it’s the turn of Cassidy’s past to be related, and Ennis turns his attention to the religious divide that’s blighted his home nation since it was created. The optimism and freedom from the shackles of bigoted expectation as represented by the USA is well presented as Cassidy finds his way toward a spiritual home.