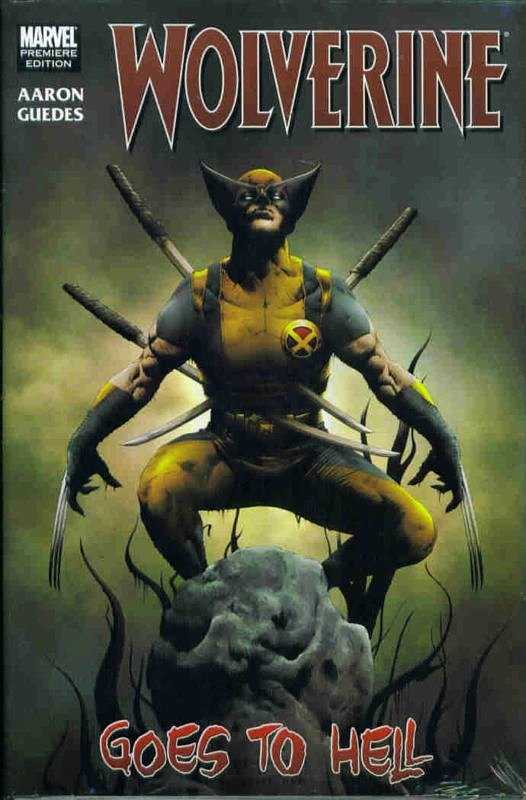 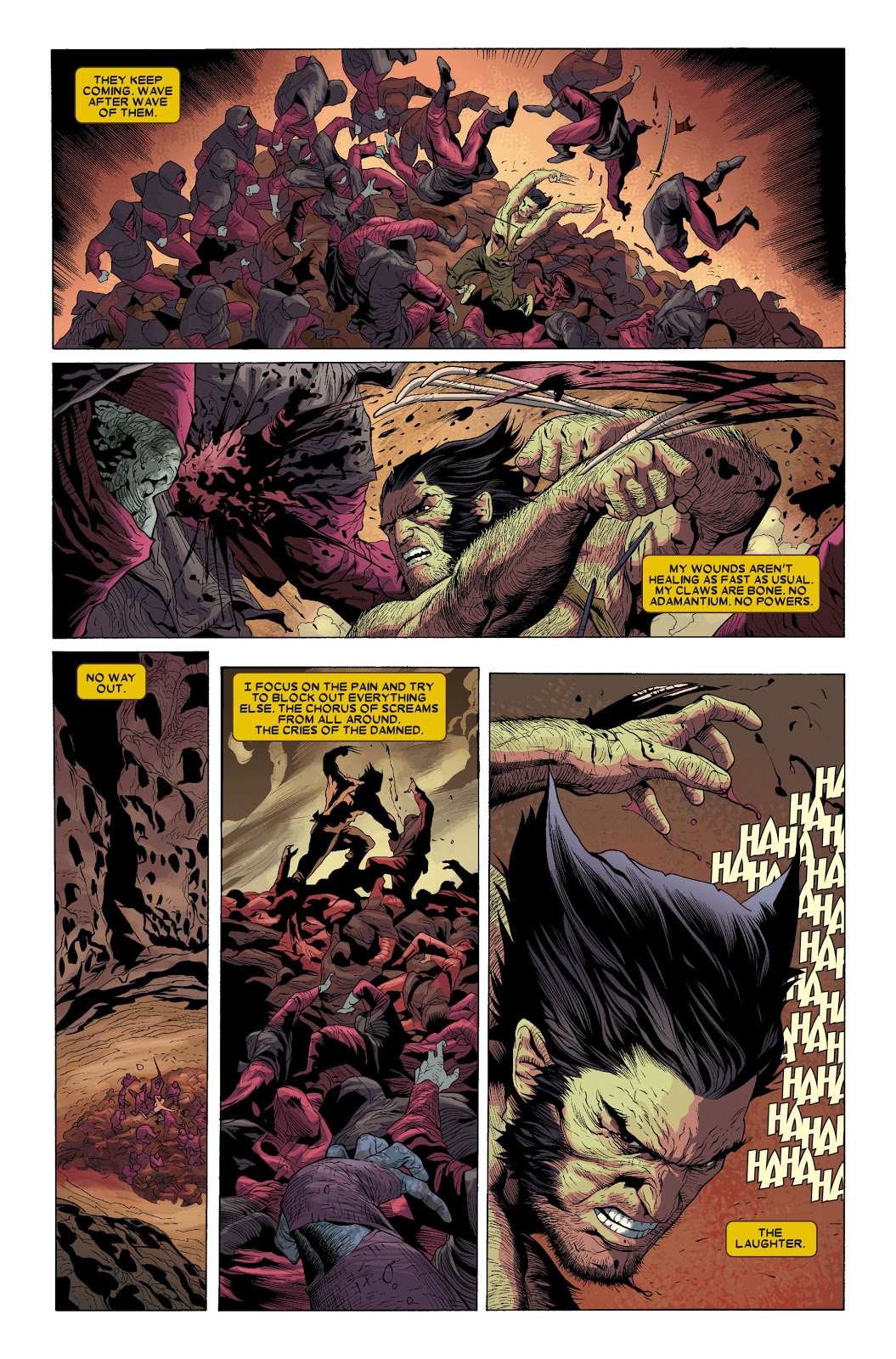 With the title as it is, it’s just as well Jason Aaron pulled off what most Wolverine fans want.

That title is literal. After an uncharacteristically soul-searching opening, Wolverine finds himself in Hell. For him, this manifests as an endless parade of former foes attacking him. His healing power isn’t working to capacity, and his claws are bone, not adamantium. These foes are initially of the cannon fodder variety (ninjas, Hydra agents) killed by Wolverine, but escalate to the likes of super-villains, as all the while Wolverine is taunted by a demon. It’s meant to be Satan, but Marvel wouldn’t make that explicit these days.

There’s a relentless and repetitive quality to what Wolverine endures, but that’s leavened by Mystque and his girlfriend Melita Garner and some surprising allies with a better handle of what’s going and attempting to rectify the situation. There’s also the complication of Wolverine’s body remaining on Earth, possessed by someone who’s settling some scores by killing those he cares for.

Jason Aaron’s plotted well, and there’s a well-conceived reason for everything that’s occurred, even if some characters have a duplicitous agenda. The consequences of that are explored in Wolverine vs the X-Men. There are also plenty of fine moments, not least Spider-Man’s reaction to being told Wolverine has a girlfriend.

Renato Guedes brings his A-game to the pencilling, never stinting with longshots of gathered ninjas or demons, and impressing with his action material. While he illustrates the bulk of the book, there are five back-up strips by other artists, all written by Aaron, illustrating how some of those Wolverine meets in hell arrived there, and how some escape that fate. Jason Latour takes a gloomy look at the Silver Samurai, while Steven Sanders in effect continues the main storyline, but in a far more open style than Latour. Michael Gaydos spotlights a sort of Wolverine revenge squad, and Jamie McKelvie takes on their agents. Latour is back for an episode that serves as both coda and introduction.

They’re all slight, but enjoyable, which is much the same as might be said for the main storyline, although with the proviso that Wolverine fans are likely to rate it far higher.

This was the opening story arc of a relaunched Wolverine series, and Aaron switched genres with each successive set of chapters. It was a commendable experiment highlighting Wolverine as possibly a far more adaptable character than many might have assumed. Released at the same time was a bulky hardcover containing both Aaron’s work on Wolverine to the that point along with snippets from other issues with elements that feed into this tale.

The Wolverine Goes to Hell Omnibus collects this entire run of Aaron on Wolverine in oversized hardcover along with some extras.