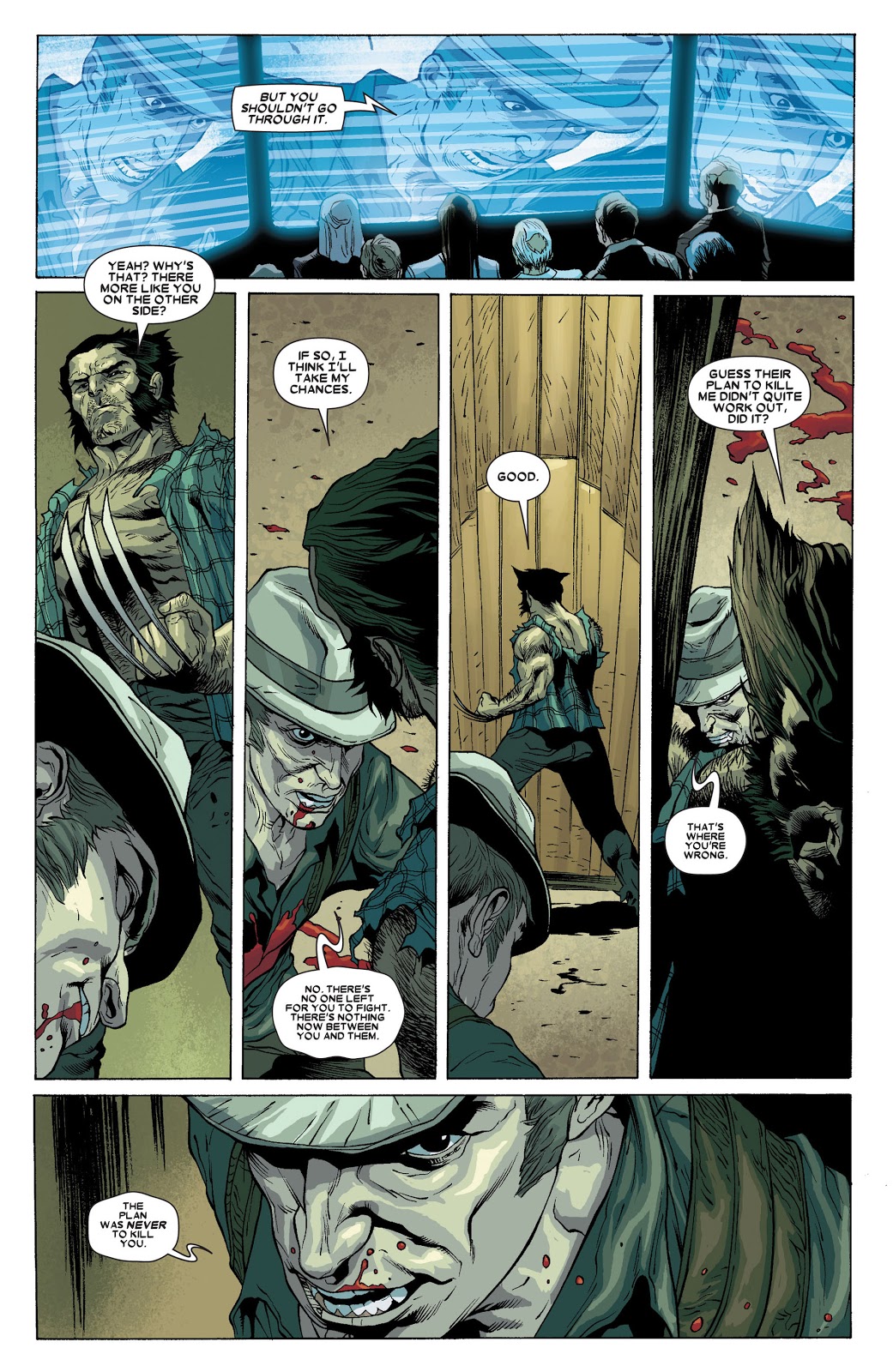 The previous two volumes, Wolverine Goes to Hell and Wolverine Vs the X-Men, saw Wolverine arrive in hell while his body on Earth was possessed by demons who set about attempting to kill those close to him. Meanwhile a group of villains set about destroying items precious to him. All Wolverine knows about this organisation is that they’re either Milton or Nick Cave fans as they’ve called themselves the Red Right Hand, and they’re based somewhere in Mexico.

That’s enough information for Wolverine, and Jason Aaron takes an interesting approach with his storytelling. In real time the central gauntlet element would be relatively brief, yet it stretches over five chapters here, during which several primary characters explain why their thirst for revenge on Wolverine is so deeply embedded.

The plot makes good use of Wolverine’s relative immortality, as these interwoven stories occur over the best part of a century, and many of those seeking revenge are in their twilight years. Aaron funnels everything along to a neat twist that reverses previous assumptions, and delivers a fine punch to the gut.

Renato Guedes is back on the art, and while not quite having the glamorous appeal of Daniel Acuña on the previous volume his storytelling and characterisation is solid. The same applies to Goran Sudžuka on the briefer follow-up as Wolverine adjusts to the consequences of dealing with the Red Right Hand. It’s also neatly done, with Aaron supplying a long deep dark night of the soul before a resolution, then turning that on its head with the concluding chapter displaying exactly what Wolverine can do that few others can.

Aaron has mixed genres throughout this run on Wolverine and that continues with kung-fu and comedy in Goodbye Chinatown. It’s also available in the oversized hadrback Wolverine Goes to Hell Omnibus along with all Aaron’s other work on this Wolverine series.