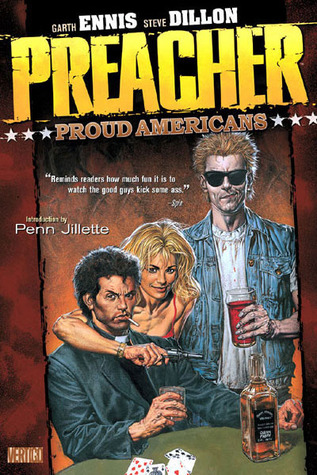 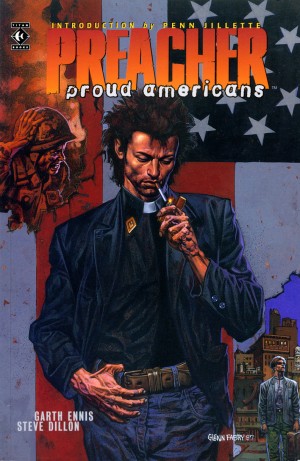 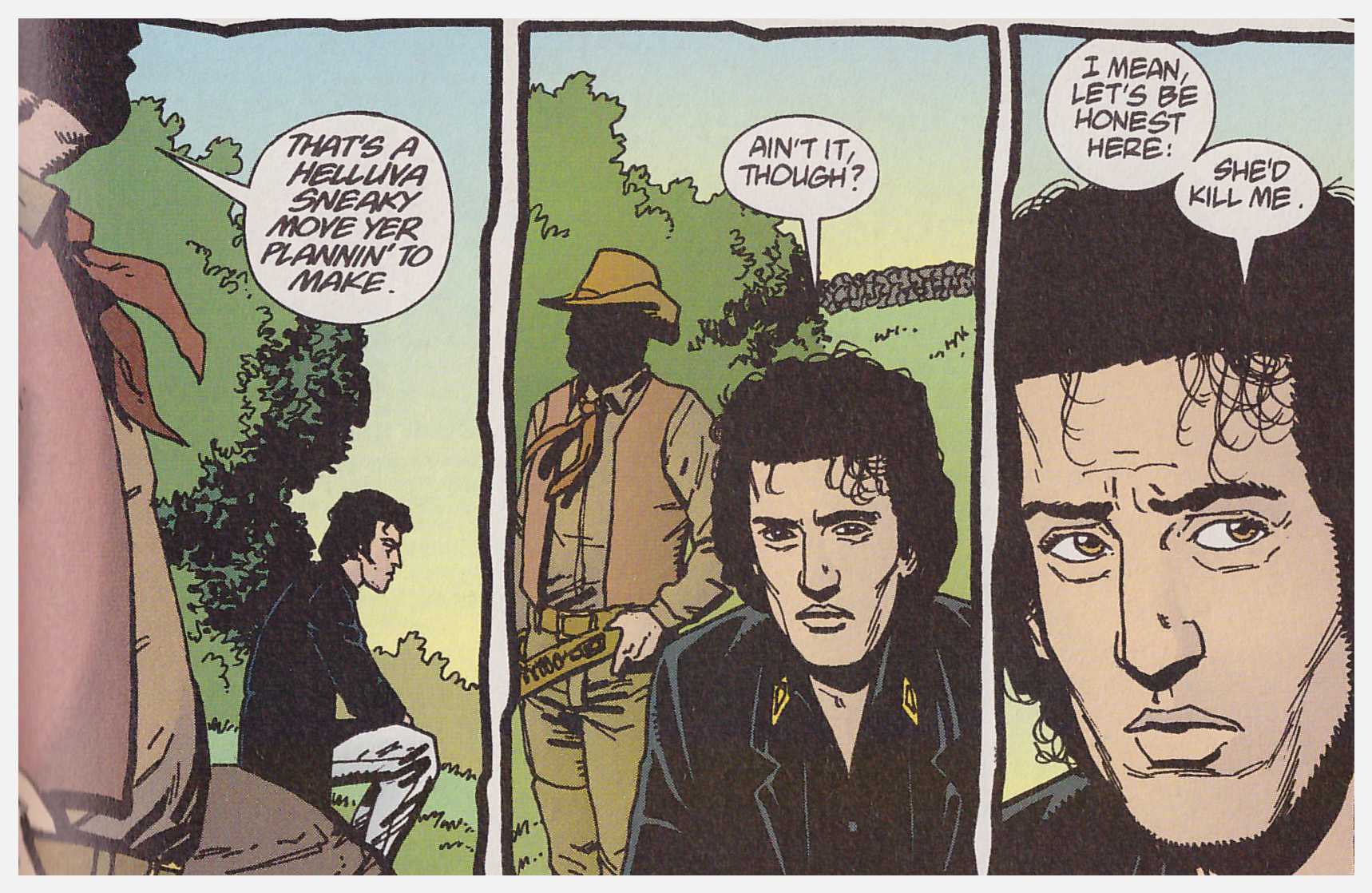 There’s a rescue needs to take place after the events of Until the End of the World, so Jesse Custer and Tulip O’Hare travel to France, and the headquarters of the Grail, as Garth Ennis continues his messing in Dan Brown territory. If only Brown were as entertaining with his version of the Knights Templar legends. The back cover bears a quote from Entertainment Weekly about how Preacher features more blood and blasphemy than any mainstream comic in memory, and there’s absolutely no doubt that quota is ramped up considerably here. Not least by presenting the Messiah.

The previous volume introduced Starr, a man with ambitions to subvert the will of Grail leader D’Aronqiue, here presented for the first time in all his corpulent glory. The pair are presented as master politicians steeped in deviousness, each questioning the other’s every move and utterance.

Custer’s contact with The Grail provides some surprising revelations regarding his condition, more about John Wayne, and there’s a pivotal appearance from someone Custer would very much like to meet. Preceding Custer’s dealings with the grail we learn more about his father’s time serving in Vietnam, and afterwards there’s the story of Cassidy’s background in Ireland. It offers insight into someone who until this point has been entertaining enough lacking it, but who also appears to have been a random cog thrown into the mix. It’s something Ennis addresses in compelling fashion come Dixie Fried.

The Saint of Killers was introduced in the first volume as a tireless engine of celestial vengeance, and he also plays a part here, before spinning out into his own narrative in the following volume, Ancient History.

As previously, Steve Dillon’s art isn’t high on emotional depth, but he’s great at presenting men walking wide, straight and tall and having their extremities shot.

As previously, the dialogue is by turns touching and hilarious, but uniformly excellent and imaginative, and pretty well unprintable here. A particular highlight is Custer relating what constitutes an evening’s entertainment. There’s a lot of torment on display, and one character coming to terms with who he might be has drawn negative criticism, primarily on the basis that the sexual preference is treated as a joke. It is. Should you be one of the select few able to work their way through the blasphemy, extreme violence, and constant obscenity only to be offended on a matter of political correctness perhaps Preacher isn’t the series for you.

In 2009 the Preacher books were re-formatted, spreading what was previously nine collections over six hardcover volumes, later re-issued as paperbacks. The entire content can be found in Preacher Book Two.