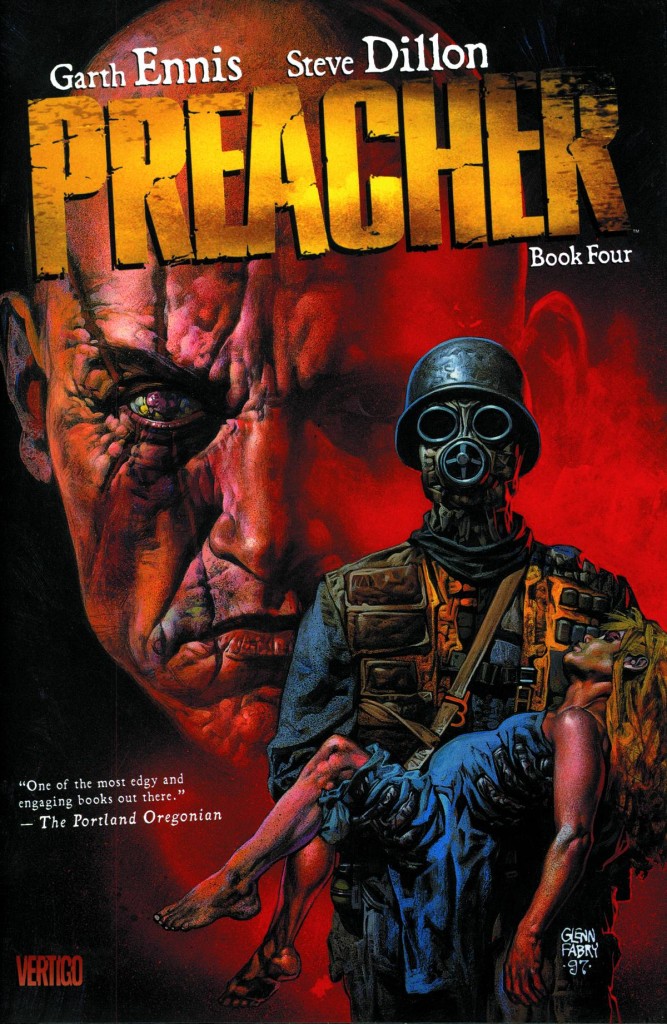 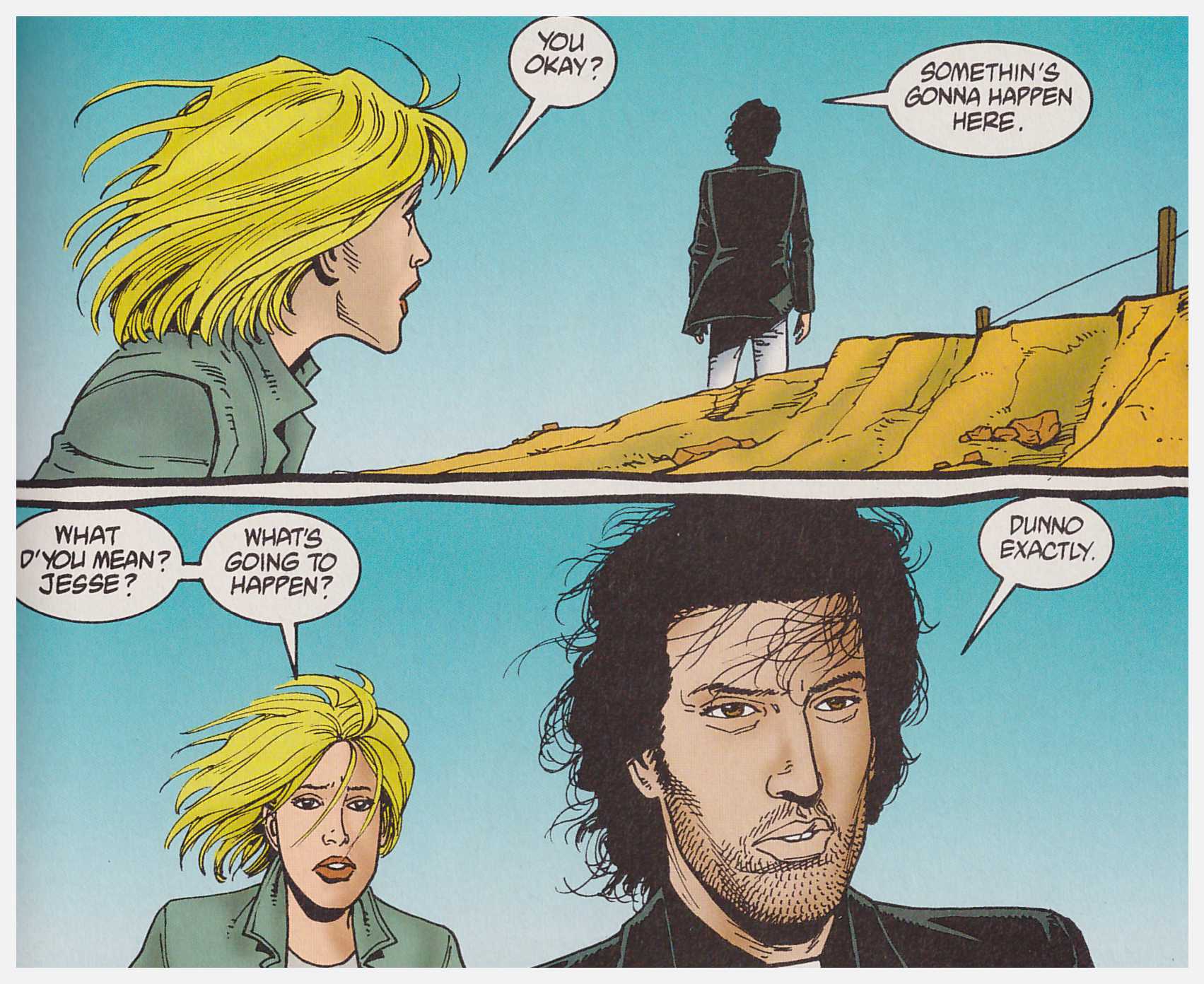 With this volume Preacher tips over the midway point and it’s the weakest of the six revised books gathering the series. Think of it as the vastly extended guitar solo replacing the middle eight. There are essential moments here, and a lot of what’s expected: fine dialogue, many laughs, and touching true love, but there’s also some poor art, and some foreplay that would have been better moving on to the main act a little sooner.

Almost half the book is occupied by what were originally released as specials, spotlighting the supporting cast. ‘The Good Old Boys’ is Garth Ennis’ attempt at a trashy movie, which in some ways is a clever pastiche, but your enjoyment will depend on whether you’d rather watch a trashy movie or read a Preacher book. Drawn by Carlos Ezquerra in his cartoon style, it focuses on Jody and T.C. Angel as a helicopter crashes into the swamp near them.

Ennis’ writing is far better on the story of Arseface, introduced as comic relief, yet his background as aired here is as tragic as that of any character. The brutality of his everyday existence provides viable depth to his failed suicide, but the poignancy is diminished by the flat art of Richard Case. Arseface’s new career is suitably ironic, and there’s an almost hallucinogenic final chapter to the book, drawn by Steve Dillon, inter-cutting his world with the experiences of other cast members.

The final solo outing has greater relevance to the remainder of the book by revealing Herr Starr’s initiation into and rise to the pinnacle of the Grail’s hierarchy. Just in case there’s any residual sympathy for his gradual loss of external organs, his utter ruthlessness is laid out, with some excellent art from Peter Snejbjerg.

A conflict has been brewing for some time, and it takes place in the middle of the desert. Starr’s influence allows him to requisition significant numbers of troops, and Custer’s instinct leads him, Tulip and Cassidy to the same area following the revelations of the previous volume. The climax is excellent and heartbreaking, but the protracted set-up has the feeling of characters going through the motions.

Those who’d prefer can find the content cheaper as half of the Ancient History book and War in the Sun in its entirety. That content contributed to an Eisner Award for Preacher in 1999.