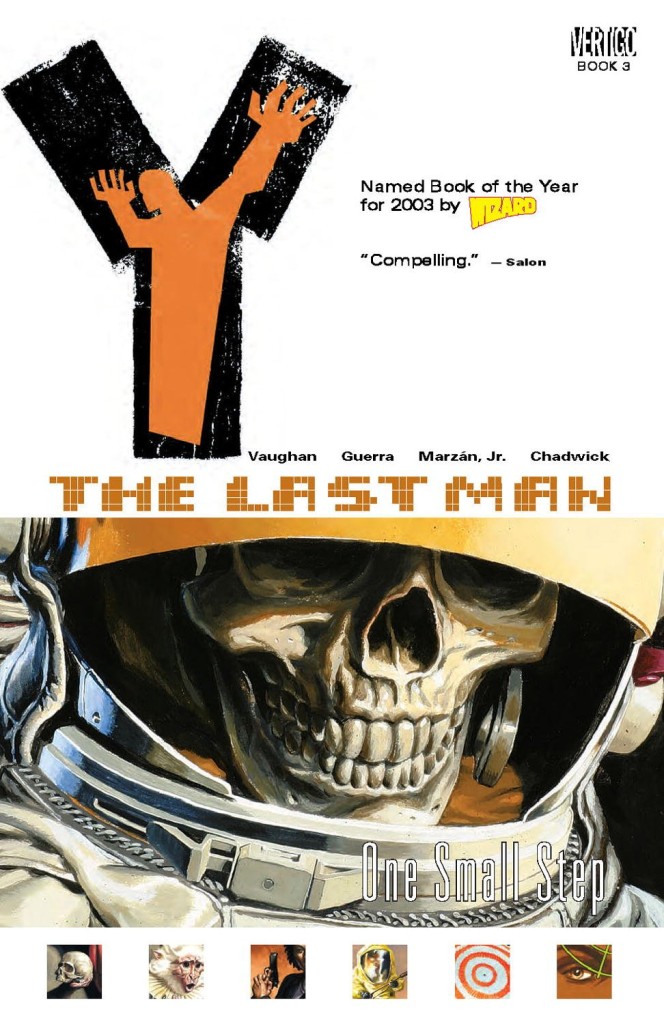 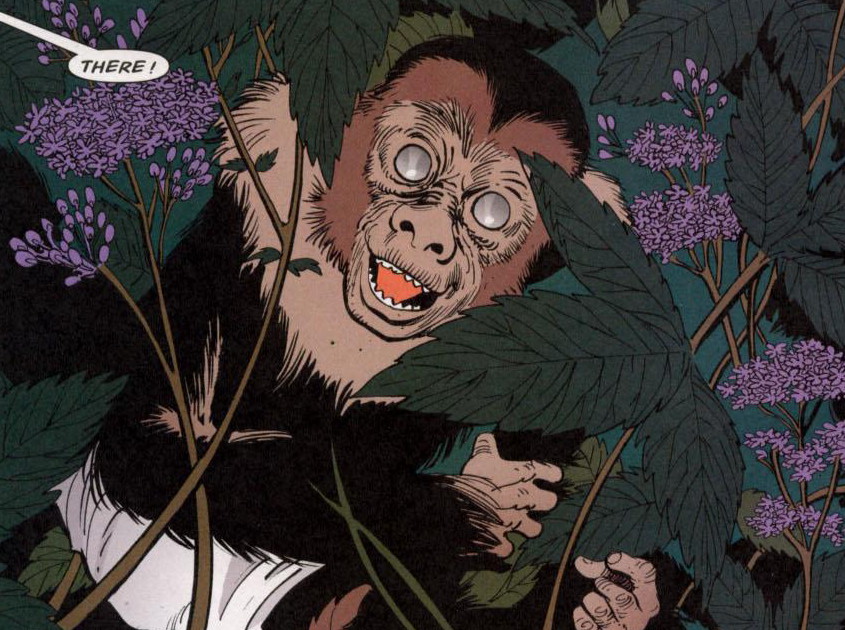 Let’s just say upfront that anyone who’s enjoyed Y: The Last Man to this point is unlikely to be disappointed with One Small Step. That’s because it’s difficult to discuss the book without revealing the well-dropped bombshell concluding Cycles. It’s evident from the opening chapter here, but if you’d prefer not to know, then read no further than the next paragraph.

With this story Alter Tse’Elon and her crack squad of Israeli paratroopers move into the spotlight. She knows of Yorick’s existence and has been responsible for some decisive action, yet until now she’s been a background presence. She also has connections with another cast member previously seen, and is as equally dedicated to representing what she perceives as the best interests of her country as Agent 355.

The hook of the series has been that Yorick Brown is the world’s sole surviving man, or, more correctly, it’s just him and his monkey, Ampersand. A mysterious and instant plague wiped out the remainder. Except that considerably above the Earth’s atmosphere there’s a manned space station, and the capsule is set to return to the planet.

At this point Vaughan hadn’t begun his parallel career in TV writing, but he displays all the required sensibilities. He moves his characters forward a few small steps at a time continually dangling the hook of a great premise, and has a refined sense of the dramatic. There’s barely a chapter that doesn’t end on an enticing cliffhanger, and he has a fine way with juxtaposition. “Jesus kill me now”, mutters Yorick in frustration at one point, unaware that Alter has her sniperscope crosshairs centred on his head.

That said, while never less than competent, this isn’t Vaughan’s finest installment. The twist and counter-twist and twist again are stretched out a little too long, and the manner in which the central conundrum is dealt with could be seen as adroit scriptwriting or alternatively as convenient cop-out.

A two chapter tale follows the return of the astronauts, dropping in on a theatre troupe whose chosen material has odd similarities to Yorick’s predicament, giving him pause for thought. It’s drawn by Paul Chadwick, although obviously faster than his usual material as it lacks the delicacy he’s known for. That being the case, it magnifies the achievement of regular artist Pia Guerra in maintaining a monthly schedule for a title showcasing a broad ensemble cast.