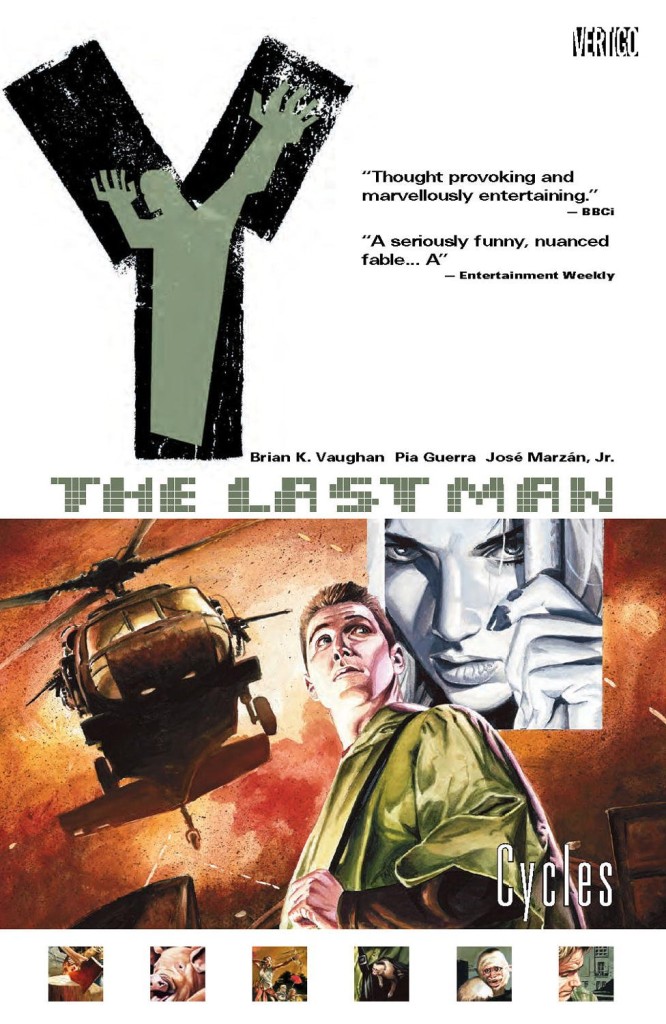 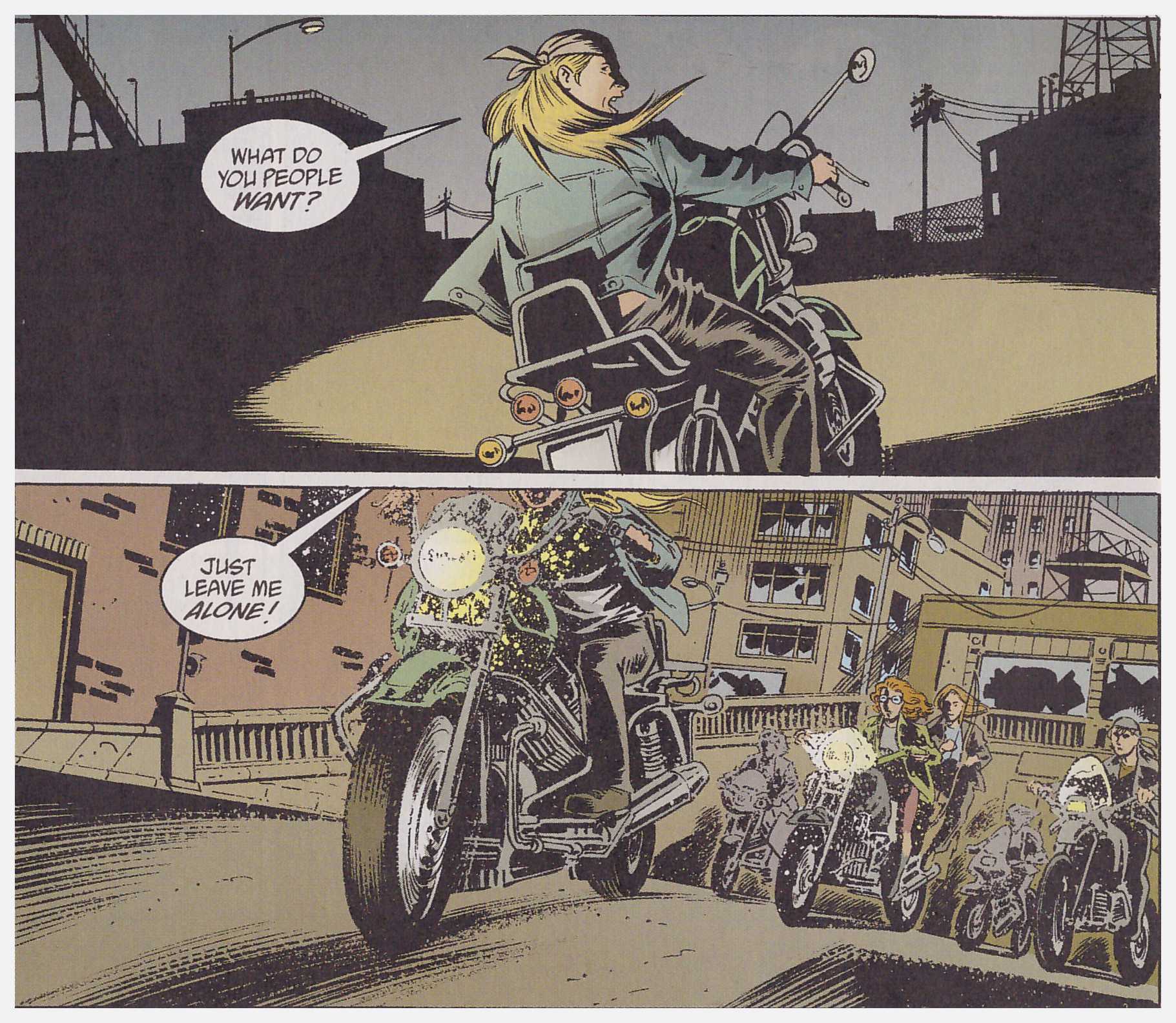 A plague has wiped out every male human, animal and insect on Earth. That is apart from one Yorick Brown, amateur escapologist who’s pulled off the greatest escape of all time.

He was dispatched to Doctor Alison Mann, now the world’s foremost geneticist, to discover why he survived, but before his samples could be analysed her lab was deliberately sabotaged. There is a back-up facility, but that requires a journey from Boston to California. Having met his mother in Unmanned, Yorick has a reunion with his sister here.

A society that’s developed post-plague is the Daughters of the Amazon, lead by the charismatic, yet deeply flawed Victoria, whose view of men is the extreme end of feminism, believing them all rapists and killers. She’s adept at manipulating her followers, and persuading them that appalling acts are necessary. Learning that one man has survived runs contrary to her vision of the future.

For all his initial precautions, Yorick’s not a great one for concealment, and the greater the amount of people to whom he reveals himself, the more rumours spread of his existence, and the more people there are who either wish to kill or control him. He finds new allies, though, in a community with a surprising background: “Yeah, well, you’re a sanctimonious brat. Don’t mean you deserve to be executed.”

Brian K. Vaughan could be on somewhat of a shaky peg as a male writer presenting a comic primarily focussing on women, but he’s smart enough to work his way around this by never concentrating on a single worldview. The Daughters of the Amazon are prominent, but contrasted by a society who’ve come to the decision to forswear arms. Of course, when a heavily armed and aggressive militia comes calling, that has its own consequences.

There’s a big step forward in Pia Guerra’s artwork for this second volume. The previous problem of all her characters possessing similar facial features is rectified. Even were her background not a matter of discussion it’s now obvious Alison Mann’s ancestry is Asian, and Guerra’s layouts are excellent. Y: The Last Man is, of necessity, is very much talking heads, and she varies her viewpoints to ensure the pages never seem dull.

A location mentioned in passing earlier in the book provides a fine shock ending, and Yorick’s journey continues in One Small Step.

The content of this volume has since been re-issued combined with the previous Unmanned as Y: The Last Man Deluxe Edition volume 1 in hardback, and more recently just as the paperback Y: The Last Man Book One.