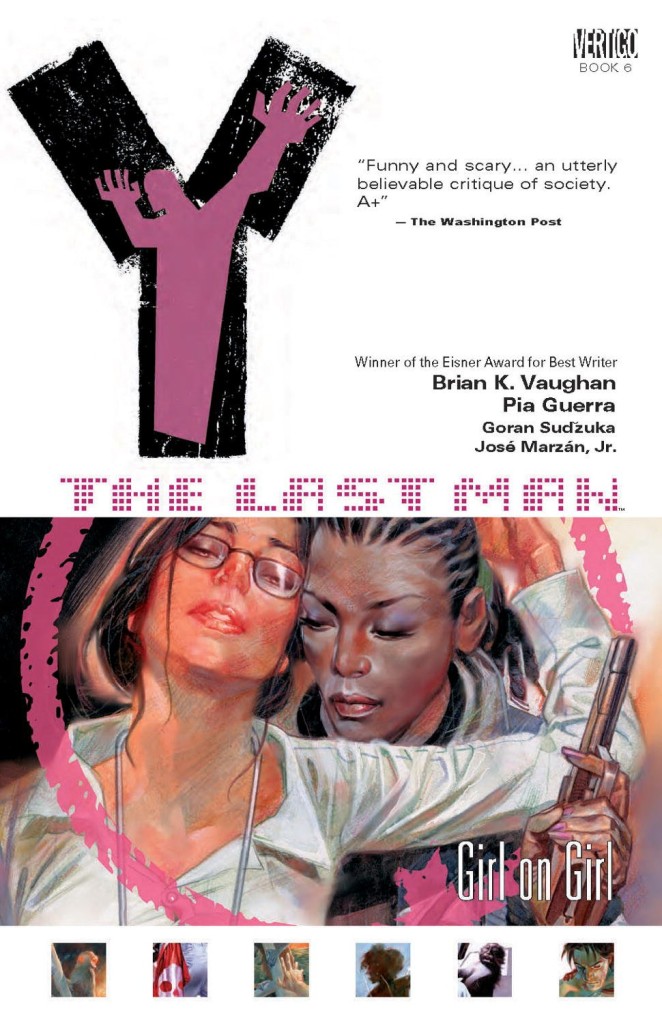 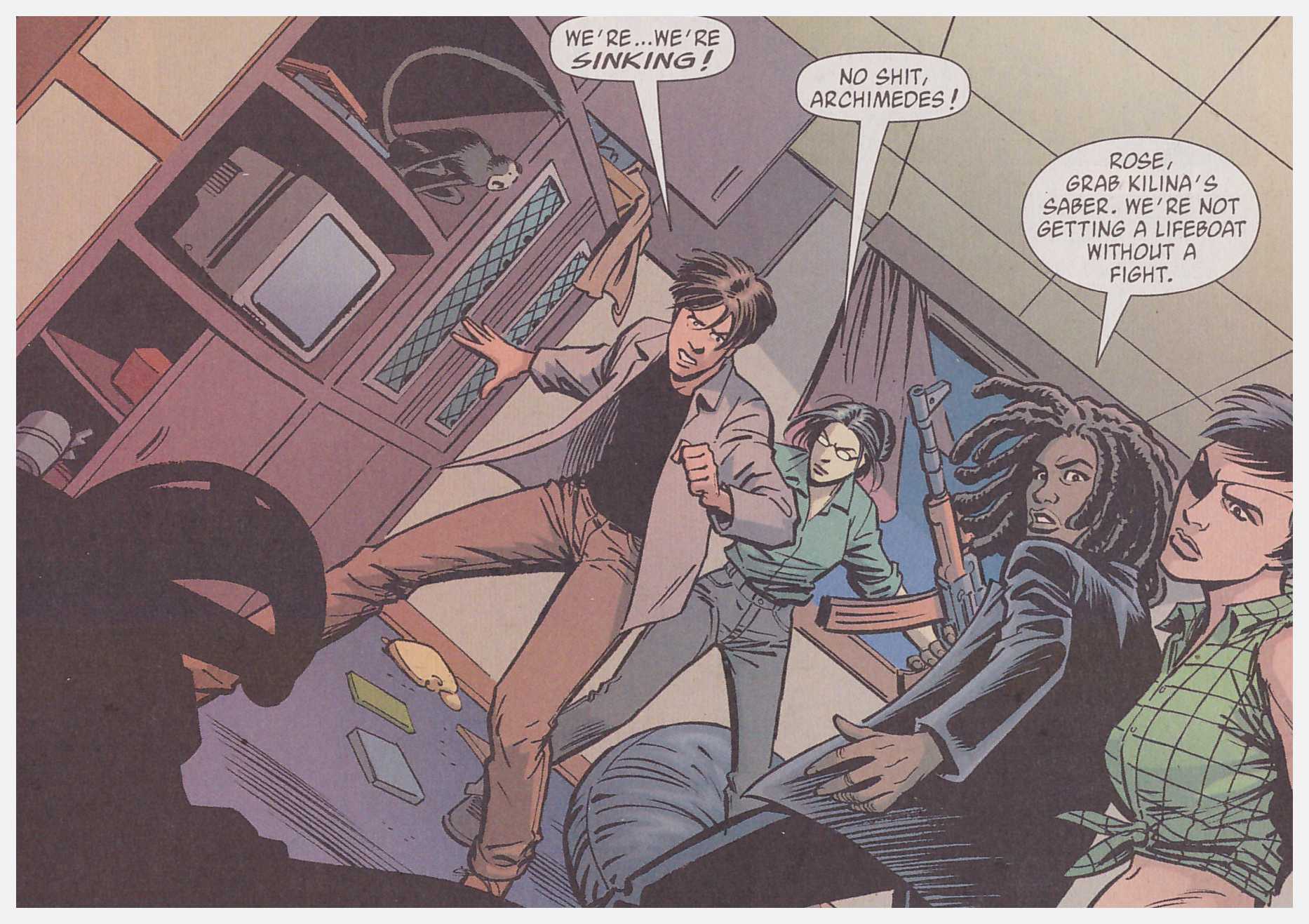 As it good as it is overall, every now and then there’s a volume of Y: The Last Man that doesn’t quite match the vim, vigour and compelling nature of the remainder, and Girl on Girl is one of those books.

In Ring of Truth several revelations added to the pervading sense of unease and distrust, while one major query was cleared up. Fundamental to Yorick Brown, the last man alive, was Ampersand, the Capuchin monkey that he’d recently agreed to care for when the killer plague struck, and Ampersand has been abducted.

Only a single clue to his possible whereabouts presents itself. His kidnapper was Japanese, and a woman fitting her description boarded a freighter bound for Japan only hours before the question was asked. Yorick, Agent 355 and Dr Alison Mann have taken the next possible boat to follow her. This is a cargo ship, and it’s being tracked by something with far greater wallop. On board friends and enemies are made, and Brian K. Vaughan throws in a twist or two along the way.

The problem is that it never really convinces as anything other than filler. It’s as if Vaughan decided that just depositing his cast across the Pacific would be too easy, and if they were to take a trip it somehow needed to be an adventure. The tale does add to the cast in one significant manner, but this could have been achieved elsewhere.

Goran Sudžuka is technically a better artist than Pia Guerra, but lacks her facility for emotional subtlety. Under his pencils the cast are constantly grimacing, pouting and posing, and it’s not a pleasant sight.

An unconnected chapter follows up on Beth in Australia where she undergoes a mysterious Aboriginal experience that ends with a message and reveals her shared past with Yorick. It’s good to have Guerra back on the art, and Vaughan can be relied on to slip in a few good memorable lines of dialogue (“My dad says getting dumped was the closest thing he ever had to a Bar Mitzvah”), but the tale as a whole is once again unconvincing. Paper Dolls is far better.