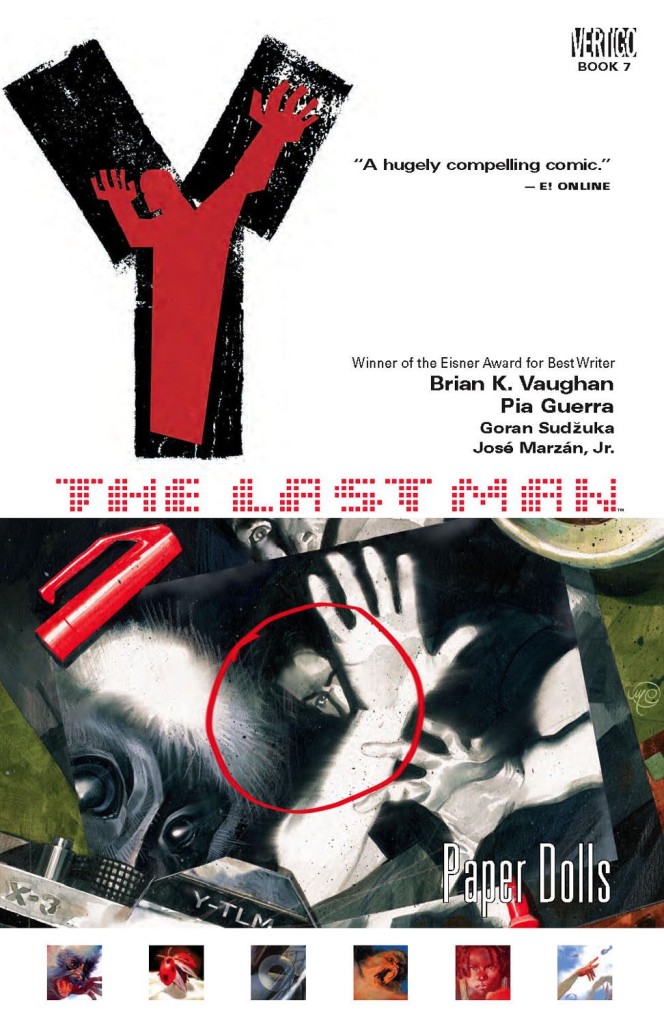 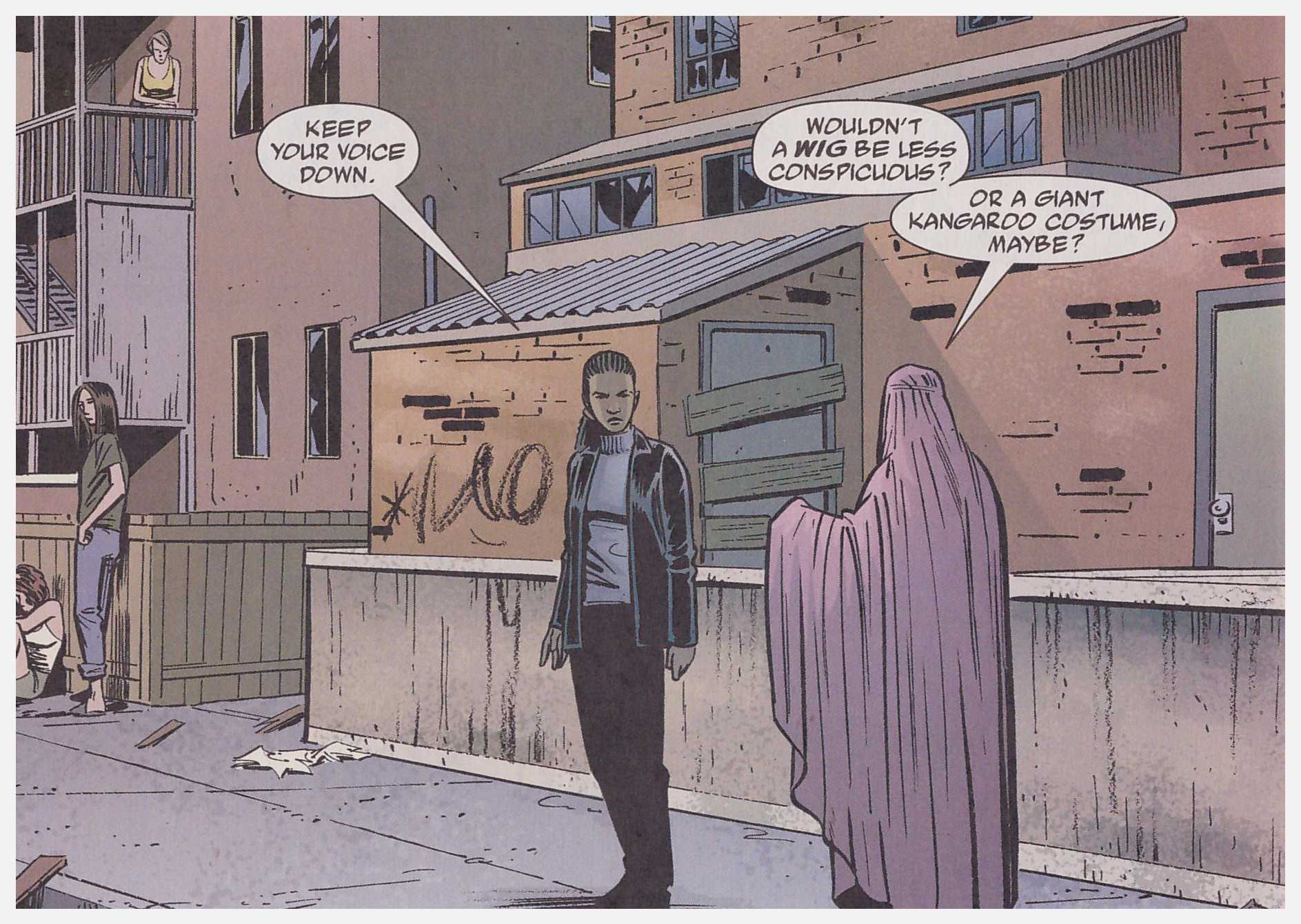 Girl on Girl was rather a dip, but Paper Dolls heads straight back up the quality scale offering individual glimpses into the back stories of Agent 355 and Ampersand, a three part tale set in Australia and what’s definitely the nuttiest story Brian K. Vaughan has produced for this series.

Much effort has been invested by Agent 355 to ensure that Yorick Brown isn’t publicly revealed as being the sole man to survive the plague that killed the remainder. While there have been rumours, and some people know for sure, for the most part she’s been successful. That, however, is endangered when a persistent American reporter turns up in Australia tracking those rumours.

Yorick, Agent 355 and Dr Mann are in Sydney stopping over en route to Japan, where they believe Yorick’s Capuchin monkey has been taken. It has a particular significance for him, and in an excellent story closing the book we learn of Ampersand’s history, why he’s been abducted, and further light is shed on events revealed in Ring of Truth. Some mystery remains, and it appears there was less than benign intent in Ampersand arriving in the USA.

Agent 355’s membership of the Culper Ring and loyalty to its aims has run parallel to the instructions she received to ensure Yorick’s safety, and a story here reveals her childhood and induction. There are a couple of heartbreaking moments, yet they reveal the steps to her current level of proficiency, and the legacy of the organisation: “I’m the ninth agent to be awarded the designation 355. The first was a woman who spied for General Washington during the American revolution.”

The remaining chapter looks in on Hero and Beth, American variety, and that’s the nutty one, although played completely straight. It seems the Vatican has survived the death of all males, and has ideas about the future. It’s so nutty that it has a certain charm.

Goran Sudžuka is back for a couple of chapters here, but whereas his art in Girl on Girl was over-stated, here it’s more suited to Agent 355’s aggressive background and that of Ampersand. The remainder is pencilled by Pia Guerra in her usual excellent manner. Her versions of the cast consistently convince as real people, which is what the drama of Y: The Last Man requires.