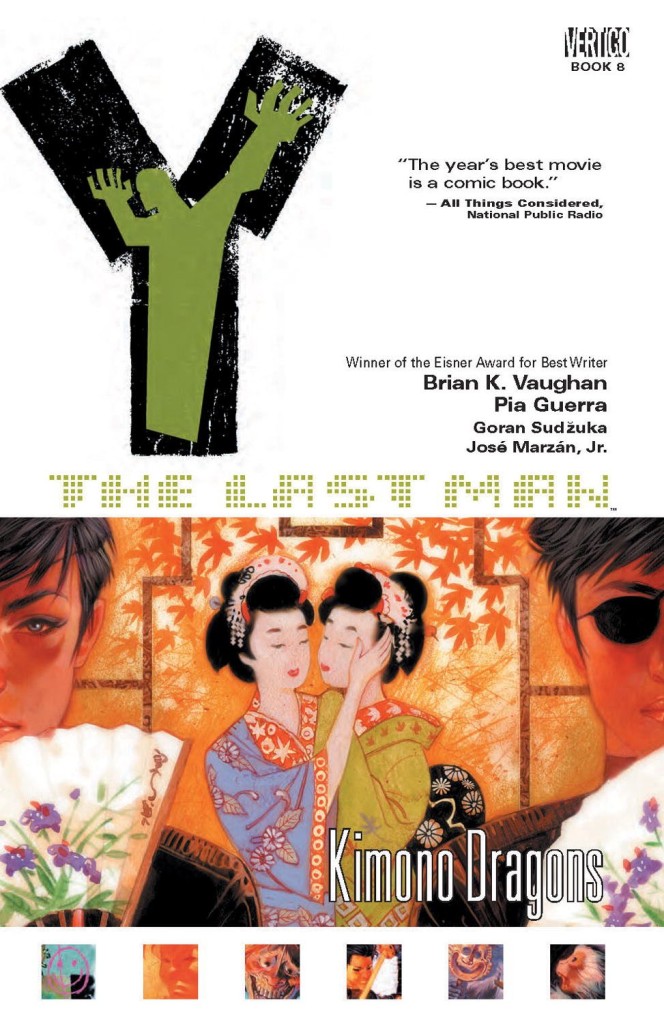 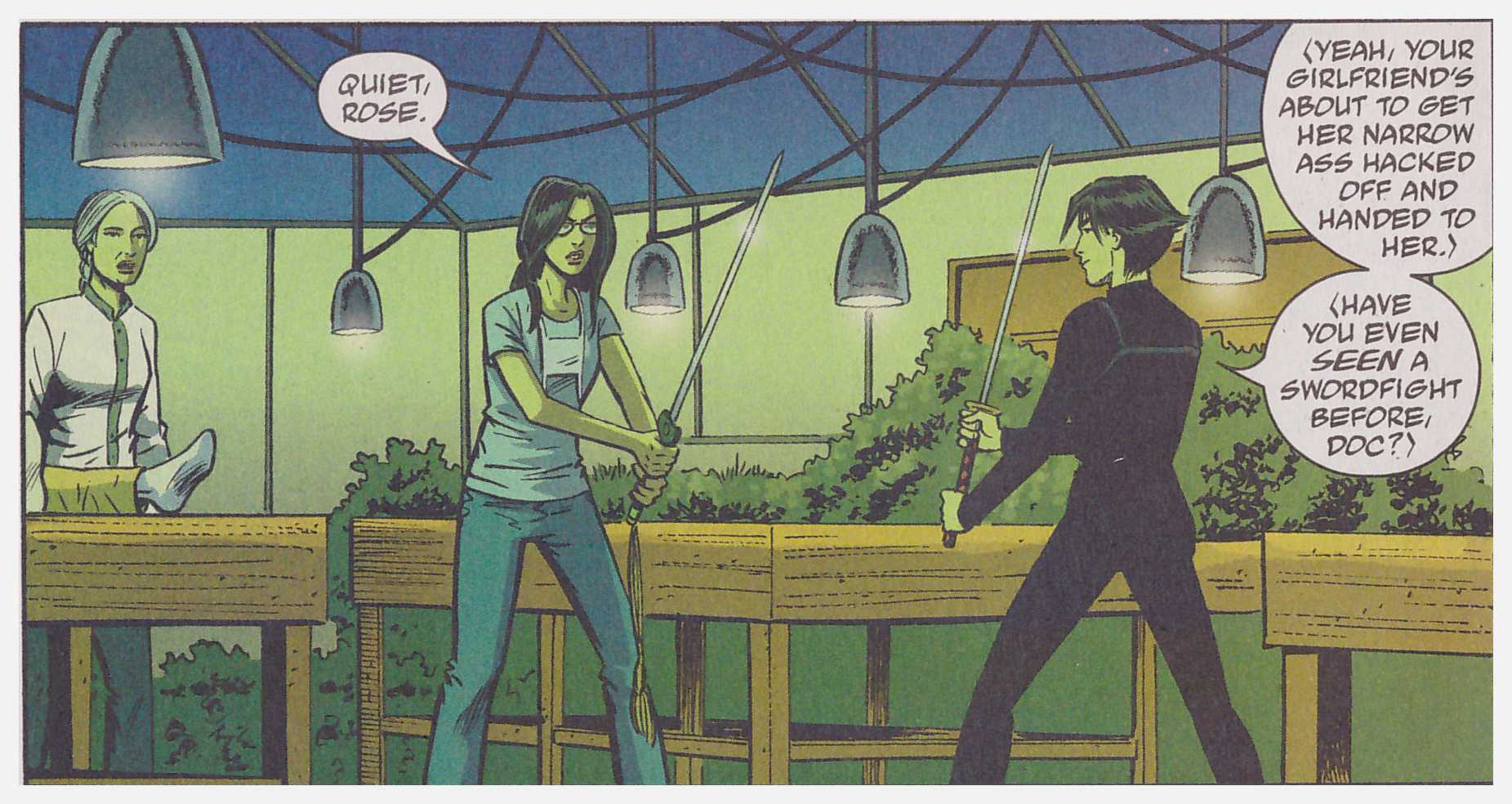 One of the methods by which we know the characters in Y: The Last Man is via a technique Brian K. Vaughan pulls off again and again: naturalistic babbling. It usually starts with Yorick, fount of trivia and perpetual haverer, but grows to encompass the remainder of the cast: “Lots of ladies love the same stupid books and CDs that I do. Real relationships can only be forged in hate.” Cue discussion. It might seem time-wasting in terms of plot, but wasting time is generally how we become closer to people.

Pia Guerra pencils this entire book, inked as usual by José Marzán Jr, and her growth over the series has been noticeable. Her storytelling was strong from the start, breaking down the talking heads to ensure they’re never dull, but her characterisation and methods of distinguishing the cast have continually improved. Why has she not worked on any project of this stature since Y: The Last Man concluded? Plenty of highly acclaimed titles could benefit from an artist with her delicate approach.

Paper Dolls saw the group on the way to Japan, and they’ve now arrived, two pairs set for very different experiences. Doctor Mann is convinced that Ampersand’s abductor arriving in Yokogata where her mother’s laboratory is located is no coincidence, so she and Rose investigate there. Agent 355 and Yorick consider it more likely that she’s in Tokyo, so off they go. Turns out they’re right. Ampersand is now in the hands of the Yakuza, but this is like no Yakuza previously seen in comics. It’s a very funny idea, but one that never entirely convinces, even for a strange new society.

That, though, doesn’t really matter, as we receive an awful lot of other goodness in the first in the series for some while that’s largely one extended story with a coda. A fair bit has changed by the end of the book, by which time we’ve taken a glimpse into the pasts of Dr Mann and Israeli soldier Alter Tse’Elon to match the chapters in Paper Dolls dedicated to the younger Yorick and Agent 355.

Vaughan’s been subtle about expanding the cast over the books to date. It remains Yorick, Agent 355, Ampersand and Dr Mann at the centre of events, but he retains a fondness for the residual characters, and while many seem constructed only for a single story, most recur. A lot of them in the following volume, Motherland.