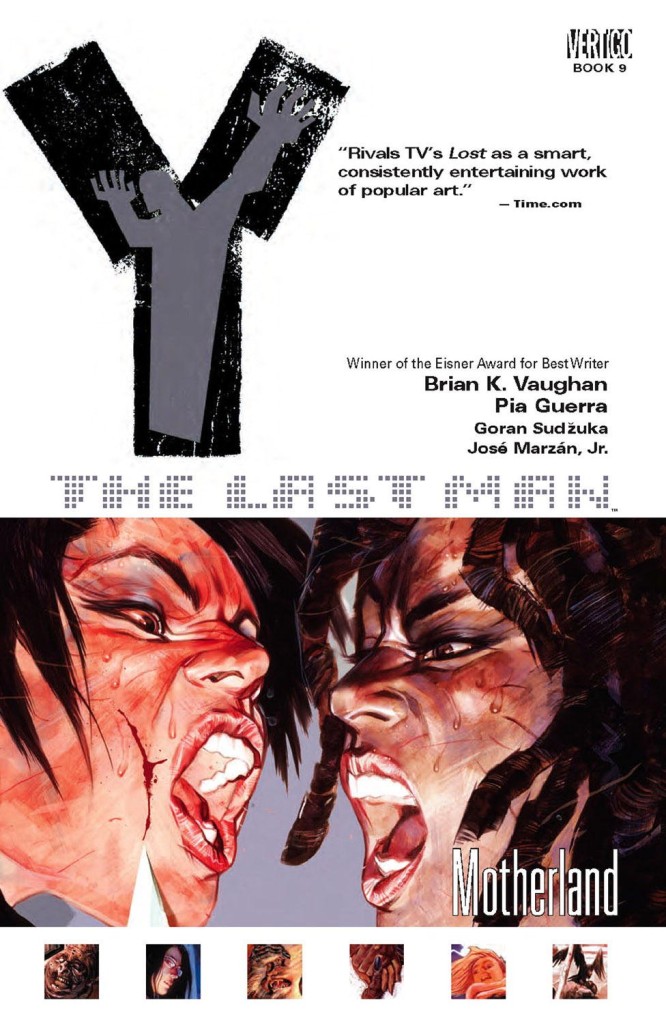 So, roughly four years before the events that start this book a plague wiped out every man on the planet bar Yorick Brown. There has been much speculation as to what caused the plague, and it’s even been revealed how Yorick survived, but Motherland dispenses the motherlode. It turns out the kidnapping of Ampersand and Kimono Dragons‘ stopover in Japan had a far greater significance than was first apparent, and the employer of the skilled ninja woman who’s been on the scene for a while is revealed. Far more than many of the surprises Brian K. Vaughan has dropped, this one shakes the series to its foundation.

There are others here, but there’s also a lot of explanation to pack in, and this isn’t as seamlessly inserted as in previous episodes. Massive info-dumps of expository text spread all over the pages, and while Y: The Last Man has always proceeded at a leisurely pace, this slows the title sequence to glacial. Yet within there are the thoughtful perceptions, fine character touches and the oh so apt phrasing we’ve come to expect. “Our bodies tell us to love so many, but there’s room in our hearts for so few. We are impossibly flawed animals, aren’t we?”, expounds one character on the subject of men’s desires.

Vaughan never forgets a character, and with the main cast now in China, we drop back in on someone who played a minor part in the opening volume. Initially there doesn’t appear to be any reason for this, and it’s a chapter unusually bereft of insight until the touching scene it sets up. That doesn’t quite compensate for the padded nature of the remainder, but it’s a scene the series would be poorer without.

The concluding chapter also appears unpromising, but Vaughan delivers a good twist before it all rather falls apart again, ending in a pastiche of the series. Replacement artist of choice Goran Sudžuka illustrates these stories, while Pia Guerra’s impeccable pencils grace the remainder.

The content of this volume has since been re-issued combined with the following Whys and Wherefores as Y: The Last Man Deluxe Edition volume five in hardback, and in paperback as the forthcoming Y: The Last Man Book Five. 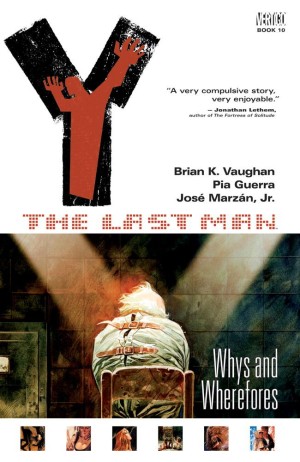