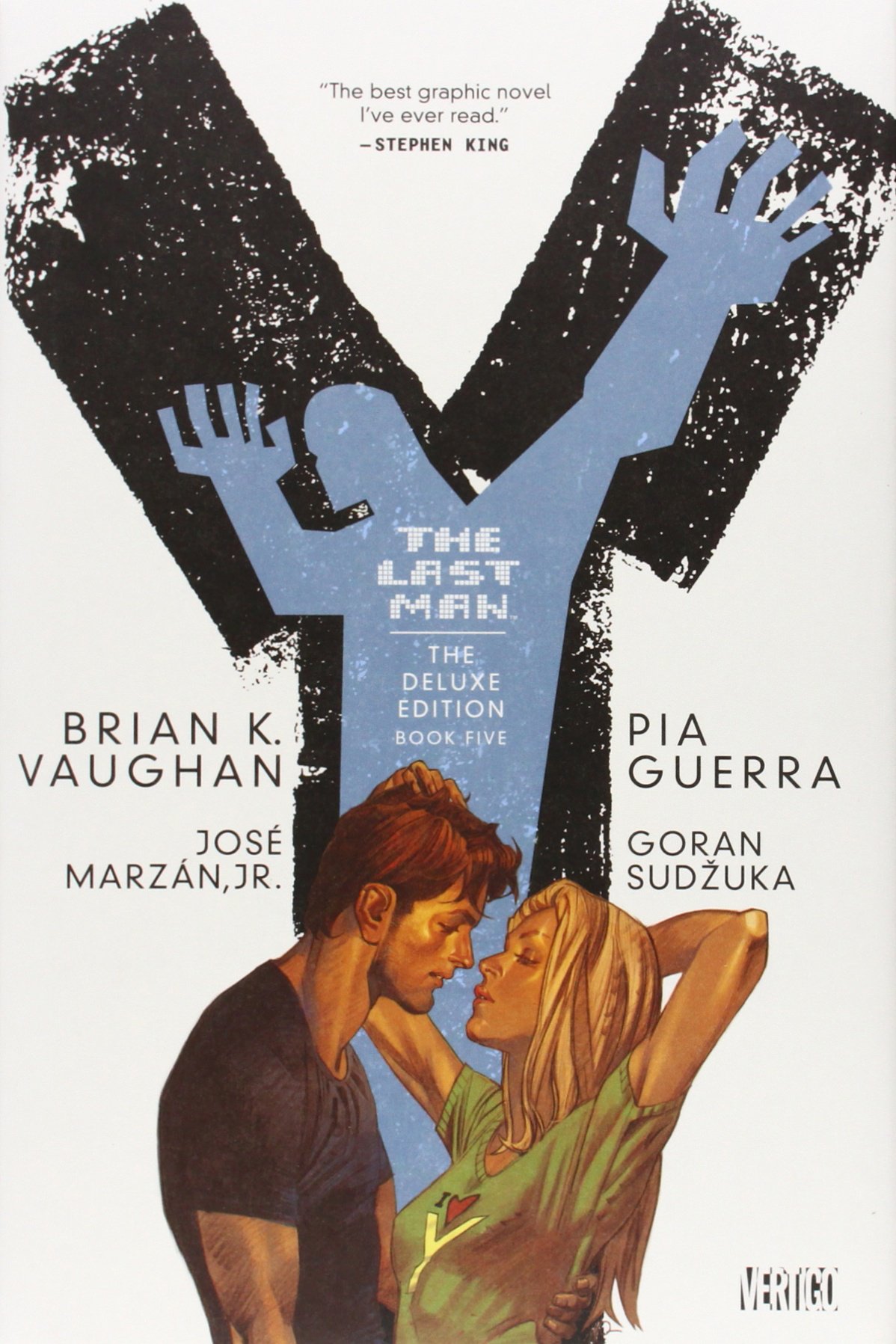 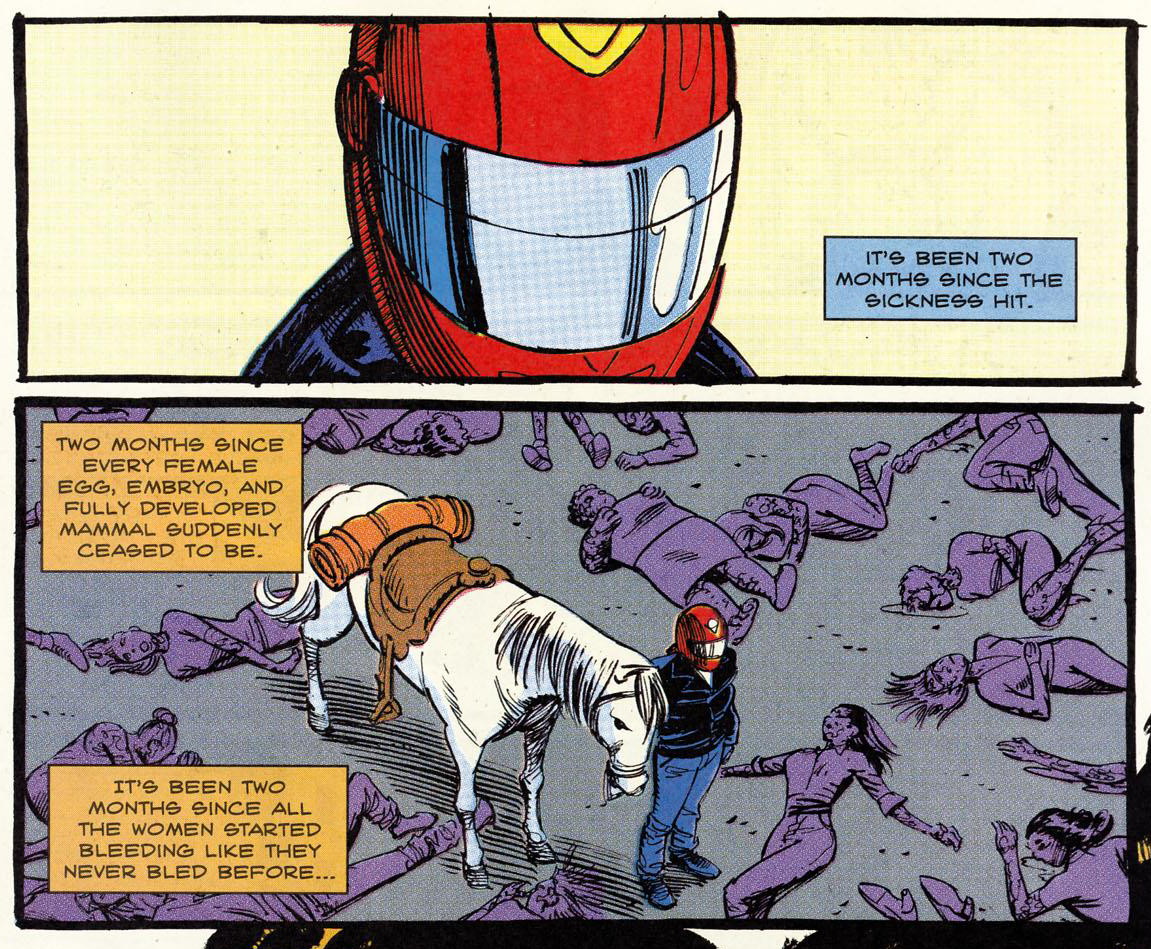 Compiling what was previously released as Motherland and Whys and Wherefores delivers quite the mixed narrative pace. In the opening chapters it’s molasses slow, then a kick and a rush and a giant leap to the conclusion.

The initial sluggish pace is due to the first sequence, set in China, explaining much of the world that Yorick Brown now exists in. Or does it? As he approaches the final stretch, Brian K. Vaughan reveals more than one person secure in the knowledge of exactly why it is that almost every male human and animal was wiped out by the plague. Cleverly, though, he never definitively nails it down, and the reason ultimately rests on what people believe to have occurred.

This element of the series has always been the maguffin that hooks the reader in, whereas the primary strength of Y: The Last Man has always been the fine character studies Vaughan delivers as Yorick and his companions follow one lead to the next. Vaughan’s other great strength is dropping in complete shocks entirely consistent with the material read to that point. There are several here, including the conclusion to a conversation dangling since the first chapter way back in Unmanned (or volume one if you’re following these collections)

The bulk of the art is by the ever-reliable and emotionally sensitive Pia Guerra, inked by José Marzán Jr, with Goran Sudžuka stepping in for shorter tales, often looking in on characters last seen some considerable while previously. By this point Vaughan is tailoring his material more to Sudžuka’s sensibilities for a smoother ride, but while his contributions present some fine moments, they’re generally among Vaughan’s less compelling stories.

Single-minded Israeli army officer Alter Tse’Elon played a significant part in earlier volumes, and returns in a definitive way here. Her ruthless personality and nationalistic obsessions remain, rendering her capable of appalling acts, yet it turns out there are greater connections with Yorick than either realised.

The final chapter is a brave move on Vaughan’s part. It leaps forward sixty years, occasionally dropping back into the past for brief interludes, and reveals the fates of anyone we’ve cared about. It’s not a crowd pleasing ending, although makes a fine use of a device Vaughan’s dropped in throughout. It displays a very different Yorick Brown, one matured by experience, and one who’s evaded either of the two narrative fates presumed for him, although one not by choice. It’s a melancholy conclusion, but an excellent one.

Y: The Last Man retains its reputation for an emotionally compelling, character-driven drama. Very few chapters dipped below the overall high standard, and even within them there’s always a scene you wouldn’t want the series to skip.

As Vertigo have issued the remainder of these volumes in paperback, it’s presumably only a matter of time before this will become Book Five. 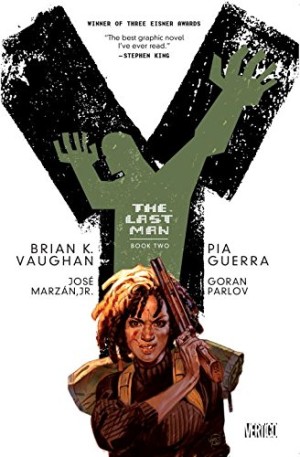 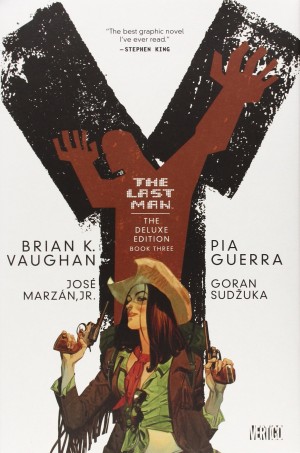