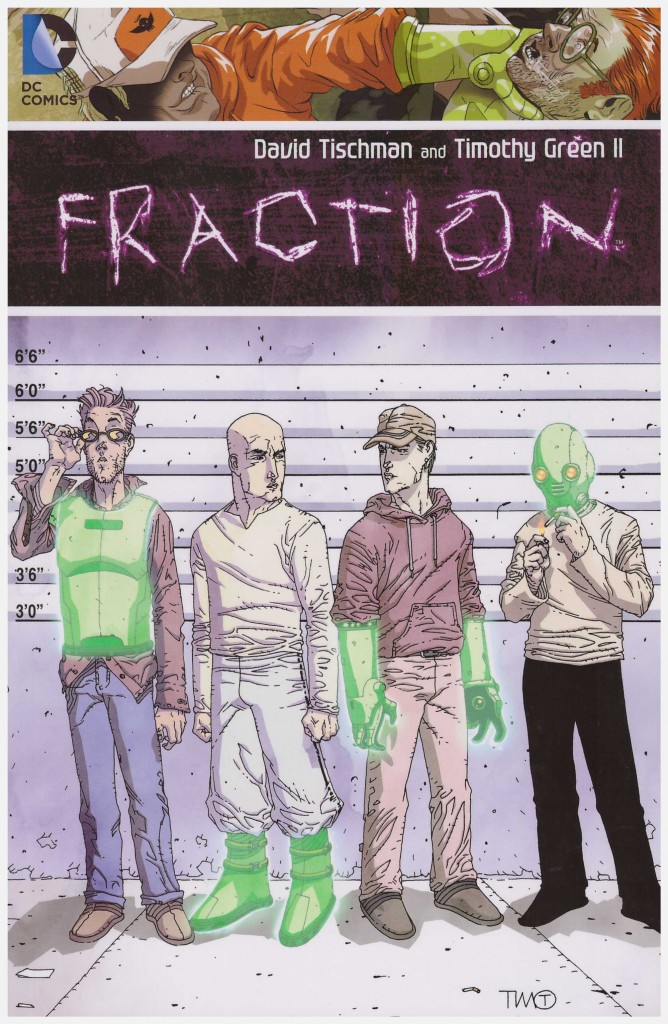 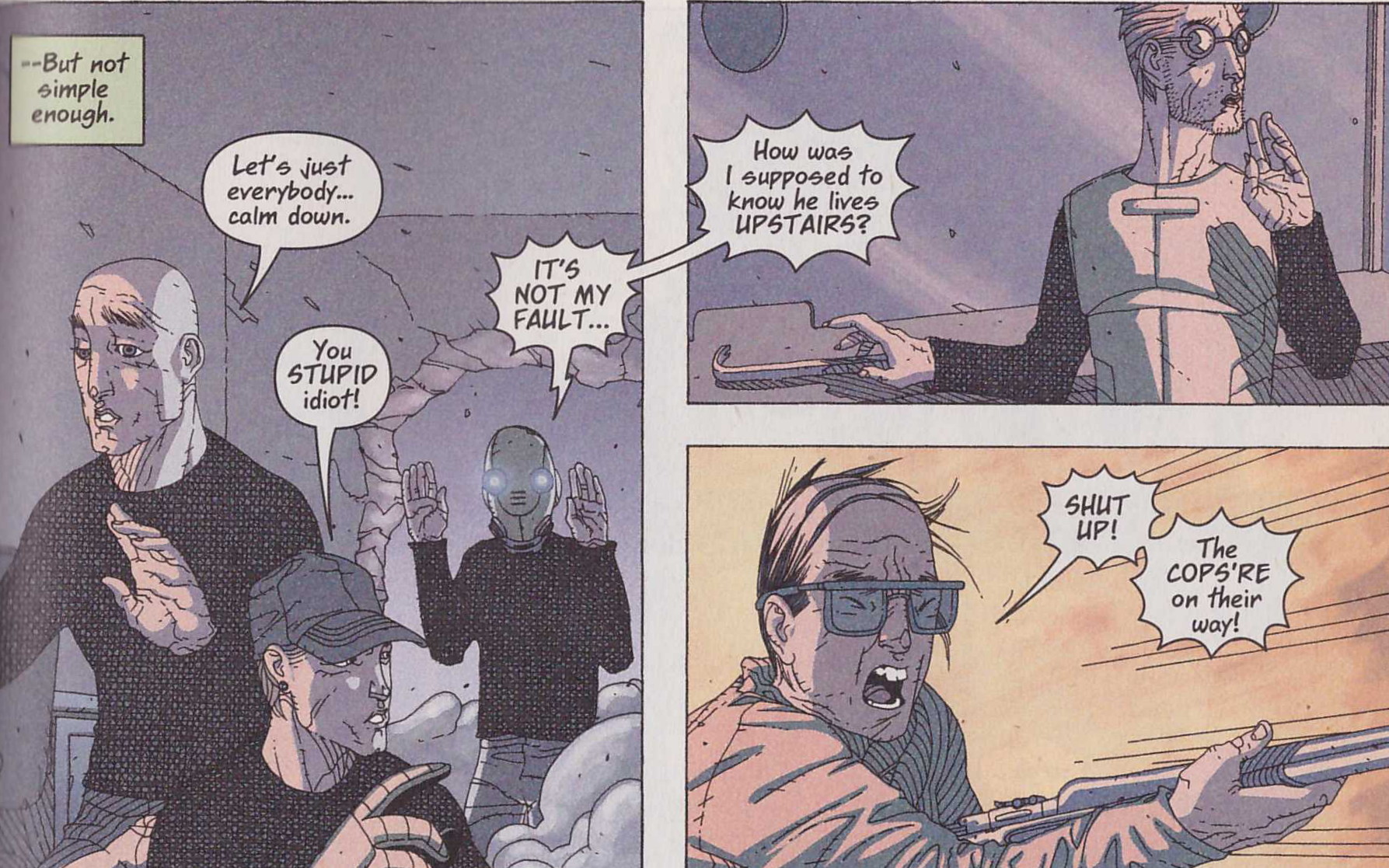 Ford, Mike, Pete and Trent live in South Philly. They were the high school jocks who hung together making everyone else’s life a misery, but several years later they have dead end jobs and a sideline of petty crime. Breaking into a storage depot they discover an advanced armoured suit and split it between them. As endearingly illustrated on the cover, Trent gets the boots, enabling him to fly, Mike cops the power blasting gauntlets, Pete the helmet and until the next job it seems Ford drew the short straw by being landed with the chest protector.

If not making them exactly likeable, writer David Tischmann ensures we understand the guys, largely through revealing their loyalty to each other when not together. It takes Pete’s mother discovering the helmet and its playback capacity to work out exactly what the entire suit can do. It’s an amusing sequence with the remote access having particular relevance. By that time though, seeing as we’re dealing with typical suburban screw-ups, matters have begun to take on a pear-shaped quality. For starters, the police start sniffing around and Ford’s on parole. Then the people who created the suit have a vested interest in retrieving it. They’re not the type of folk who ask politely, and have a second suit and someone who knows how to use it to best advantage.

Timothy Green II’s jagged style takes a little while to seep through, but a chapter in and it’s impossible to imagine anyone else characterising the cast. It’s a far more attractive style than he’d later use on superhero comics.

Tischmann adopts the clipped captions of the crime novel to propel his story, but a relatively rapid and unsatisfying conclusion spoils what was a decent crime drama and buddy tale. It reveals Fraction as a collection of comics cancelled before the complete story was told. Among the unanswered questions is one nagging throughout the book. Why was the suit in storage?

As DC issued this six years after they cancelled the comic would it really have broken the bank to hire the creators back to finish the job?