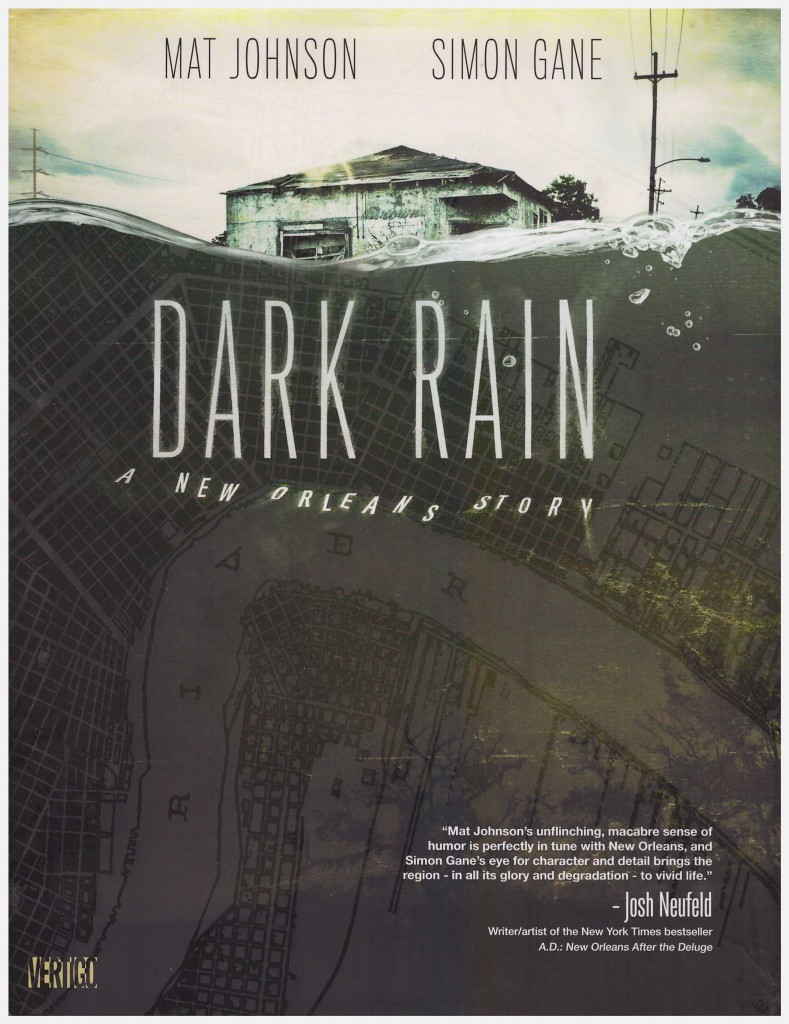 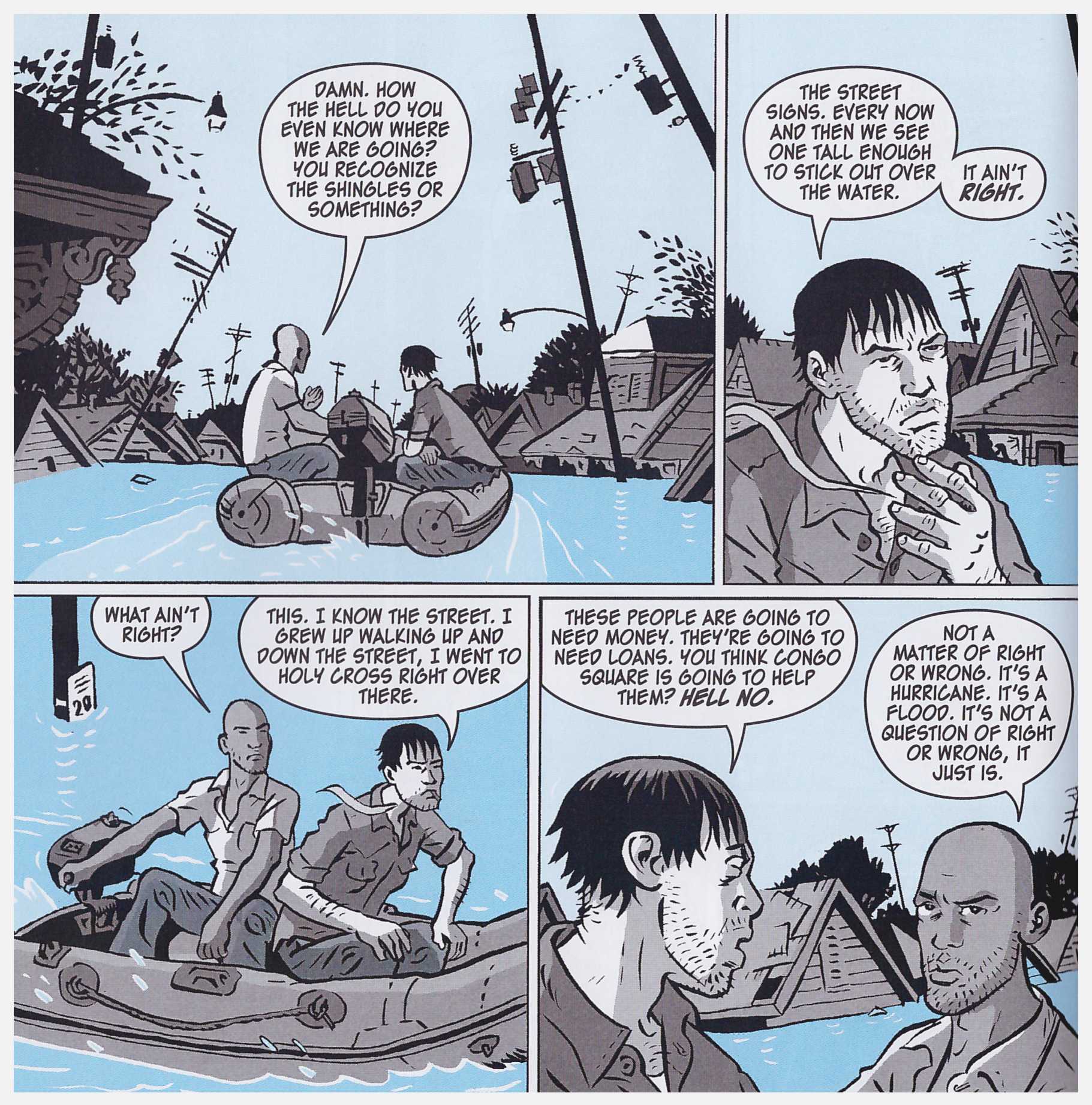 The person responsible for the decision to run with the cover to this graphic novel needs a severe talking to. They’ve opted for someting arty and enigmatic that muddies the waters when what was needed was something that yelled ‘Classic Crime Caper’.

In 2003 Dabney Arcenaux, a former soldier with service in Iraq, is witnessed taking bribes as a customs official. Two years later he finds himself sharing a room at a halfway house with Emmit Jack, one time employee of Banque de Congo Square in New Orleans, jailed after being caught opening safety deposit boxes during his break. When Hurricane Katrina heads into town Jack sees the possibility of using his specialist knowledge to become rich, and persuades Arcenaux to introduce him to his former commander, Colonel Driggs, now operating a private security form contracted to protect vested interests in New Orleans. As corrupt as they come, Driggs knows an opportunity when it leaps up and slaps him round the face, and once he has the information he doesn’t need Jack. That leaves Arcenaux and Jack the only two people wanting to get into New Orelans while the city’s being evacuated.

Mat Johnson paces his story well in TV drama fashion. He introduces other characters that initially appear to have little to do with his main plot, yet unites their narratives in credible fashion, and delivers attentive detail to well-defined leads. Arcenaux is contrite and responsible while Jack is opportunist and greedy, and the backdrop of the Hurricane Katrina aftermath is considerately played. The spotlight shines around the community and readers can draw their own conclusions. Johnson’s not above inserting his own views on the reality of what occurred either. At one point a largely incidental character notes about the USA that usually when their failure is so large it occurs on the other side of an ocean.

When issued, those familiar with Simon Gane’s work from UK small press comics and his Paris graphic novel would have been checking to see if it’s the same artist. Indeed it is, but without the signature curlicues, blotches and jagged figures. Instead, while still cartooning, it’s heading toward cartoon style realism, more in the Philip Bond mode. He endows the cast and city with life and dignity.

Anyone who enjoys a good crime story ought to find value here.