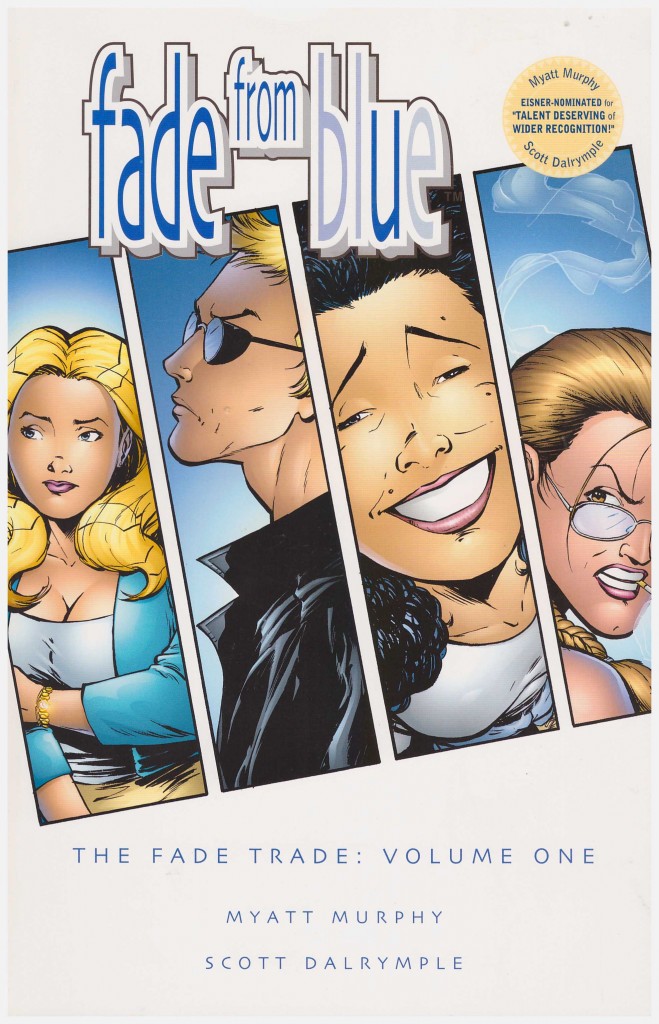 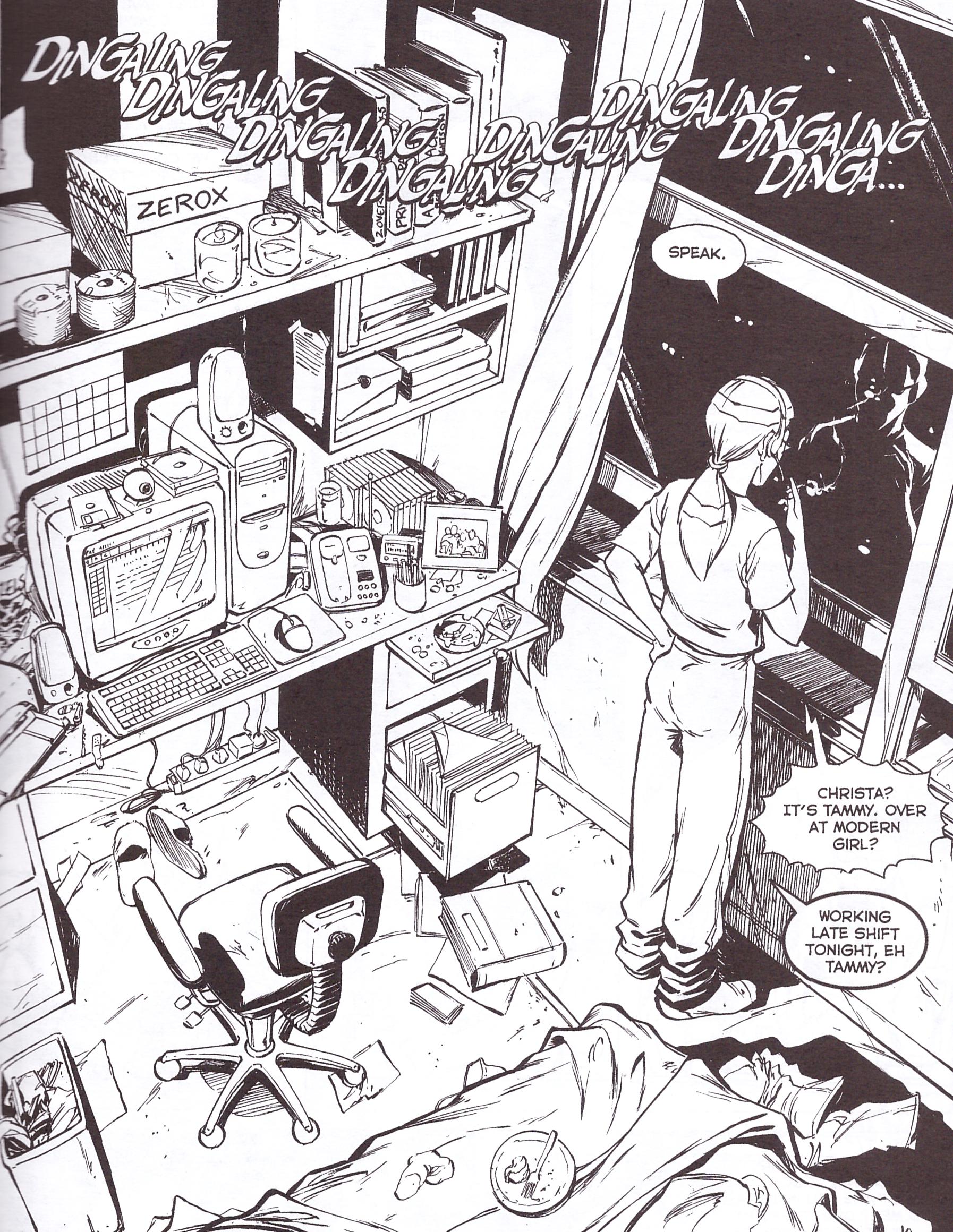 Fade from Blue is a forgotten gem, and it’s a great shame that the entire story has never been collected. Don’t let that put you off sampling what has, reaching the halfway point. The lead characters are four half-sisters. The cynical Christa is a talented writer and a recluse who rarely leaves her home. Iya is seemingly far more open and gregarious, suiting her work in a bar, but actually on the verge of cracking up. Marit is as tough as they come, a policewoman who also protects her family, and Elisa is the youngest of the four, in her early teens, and just starting relationships. The family problem is that they constantly have to move, creating new identities every time. The father to them all has disappeared, and their mothers have been murdered.

Yes, this is to some extent a crime story, but writer Myatt Michaels ensures it’s far more with his first rate characterisation. The core of the book is the relationship between the sisters, and how their varying personalities both clash and complement each other. Whatever the problems, their family unit is largely inaccessible to outsiders, and always takes precedence for their own safety, and this dynamic brings its own difficulties.

Given that the series finished in 2005 and Scott Dalrymple hasn’t progressed to mainstream comics one can only assume he’s found high-paying employment elsewhere. His delicate art is ideally suited to a book that’s heavy on emotional moments and entirely character based. There are touches of both John Byrne and Michael Golden, which is no bad thing, but Dalrymple is his own artist with a strong sense of storytelling who brings an endearing humanity to the cast.

There are bonus elements, articles written by Christa for assorted magazines. Michaels’ parody style is witty without ever stumbling too far over the line, so ‘The 4 Ways not to Wig out in the Morning’ and ‘Celebrity Sex Counsellor’, in which you can select your ideal celebrity boyfriend, still raise broad smiles.

Anyone enjoying this is advised to buy the conclusion to the story in the only way possible, as five original comics from myattmurphy.com. The tension and wonder play through to the end.