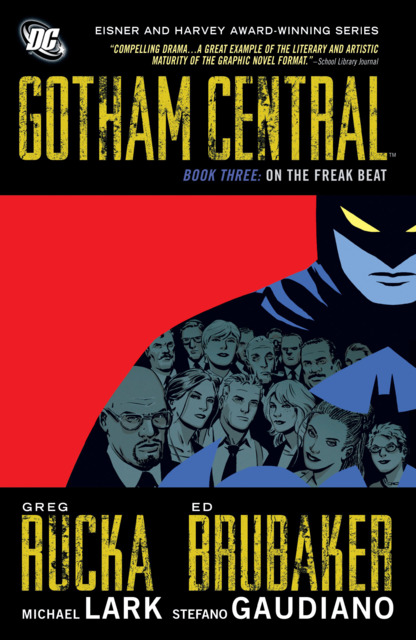 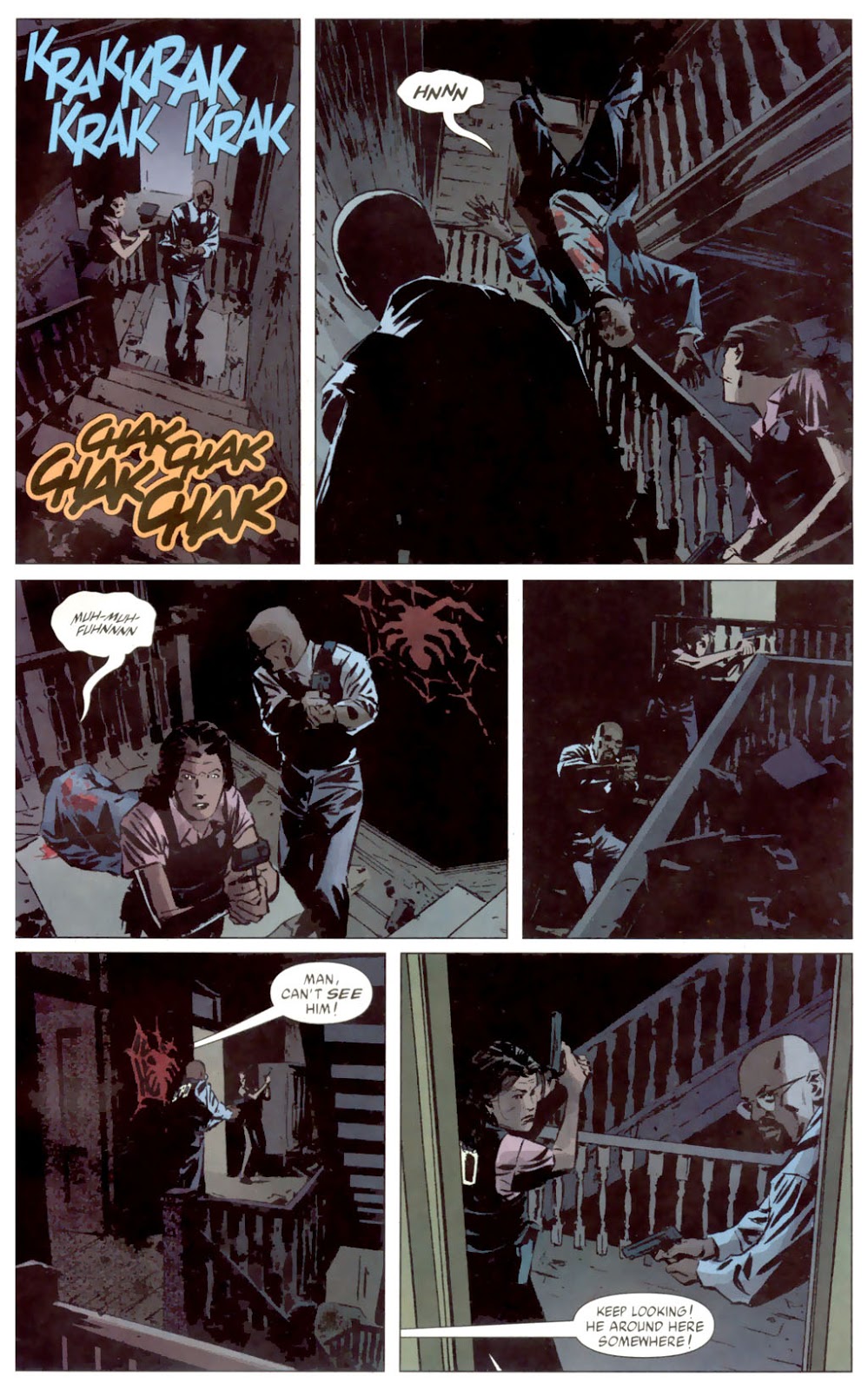 There’s only the single story extending to four chapters here, so this book perhaps offers greater variety than the previous and following Gotham Central collections. It certainly provides the same quality writing and artwork, and there’s a nice introductory spread identifying all the officers seen within.

Of the four stories on offer the most poignant is just a single chapter. It refers to events in Batman: War Games, and takes the view of the Gotham precinct feeling they can no longer trust Batman after years of co-operation. This is symbolised by the bat-signal being removed and dismantled. Greg Rucka’s writing reveals just how polarised the police themselves are about this.

Jason Alexander makes his his series début illustrating Brubaker’s tale of a murdered TV evangelist in a two chapter story absent from the otherwise equivalent paperback collection The Quick and the Dead. It’s somewhat slight compared with the complexities Brubaker contrives for the remainder of the series, but is settled around an interesting moral dilemma or three, with the main character being Josie MacDonald, recent transferee to the Major Crimes Unit and possessed of the unique ability to read the recent past of inanimate objects. She prefers to keep this to herself, but her propensity for making breakthroughs based on what she passes off as hunches is beginning to seem very suspicious to her partner. Alexander’s art is a little scratchier than that of regular artist Michael Lark, but maintains the same mood.

Much the same can be said of the concluding tale illustrated by Stefano Guadino, who’s been inking Lark’s pencils to this point. ‘Keystone Cops’ contrasts the Gotham police with those from Keystone then heavily featured in contemporary Flash material. It also turns the spotlight back on officer Renee Montoya, whose life direction has been pretty well the exclusive territory of Greg Rucka. When some previously unknown chemical elements in deserted building combine to horrifying effect the life of a beat officer is at stake, and the person responsible appears to be Flash villain Dr Alchemy. Rucka writes a good Hannibal Lector style-scene for this manipulative scientific genius, and the interplay between the various police and their roles is well handled.

The opening tale focuses on Jim Corrigan, an old fashioned corrupt Gotham cop, happy to turn a profit no matter the difficulty for a fellow officer.

The final issues of Gotham Central are collected in Dead Robin for those preferring the paperback, or Corrigan in hardback.