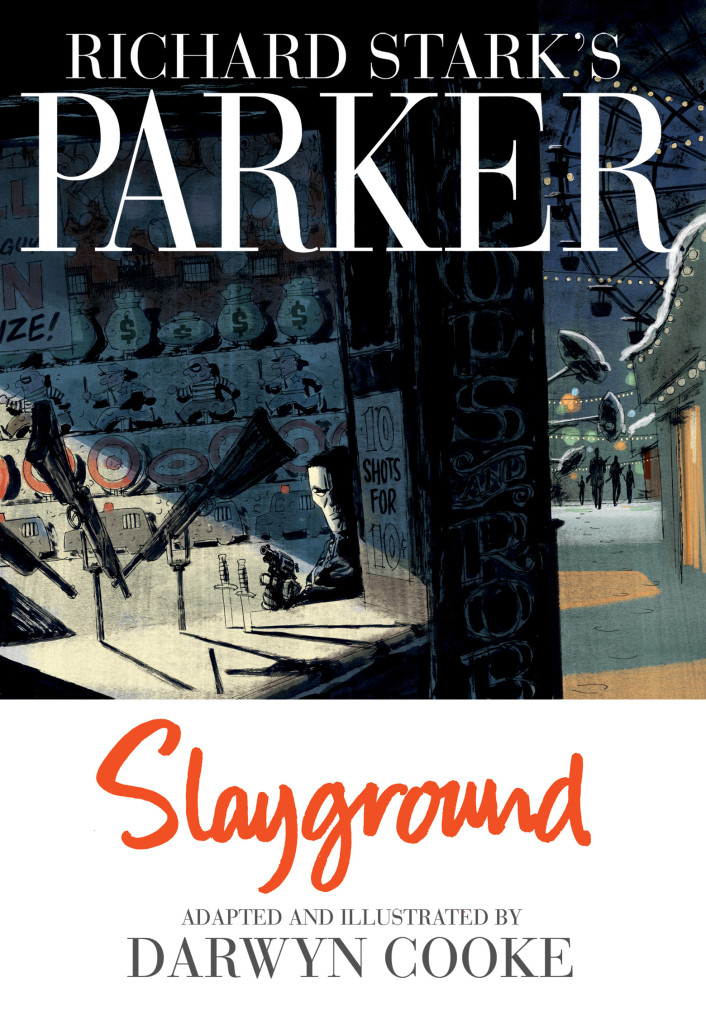 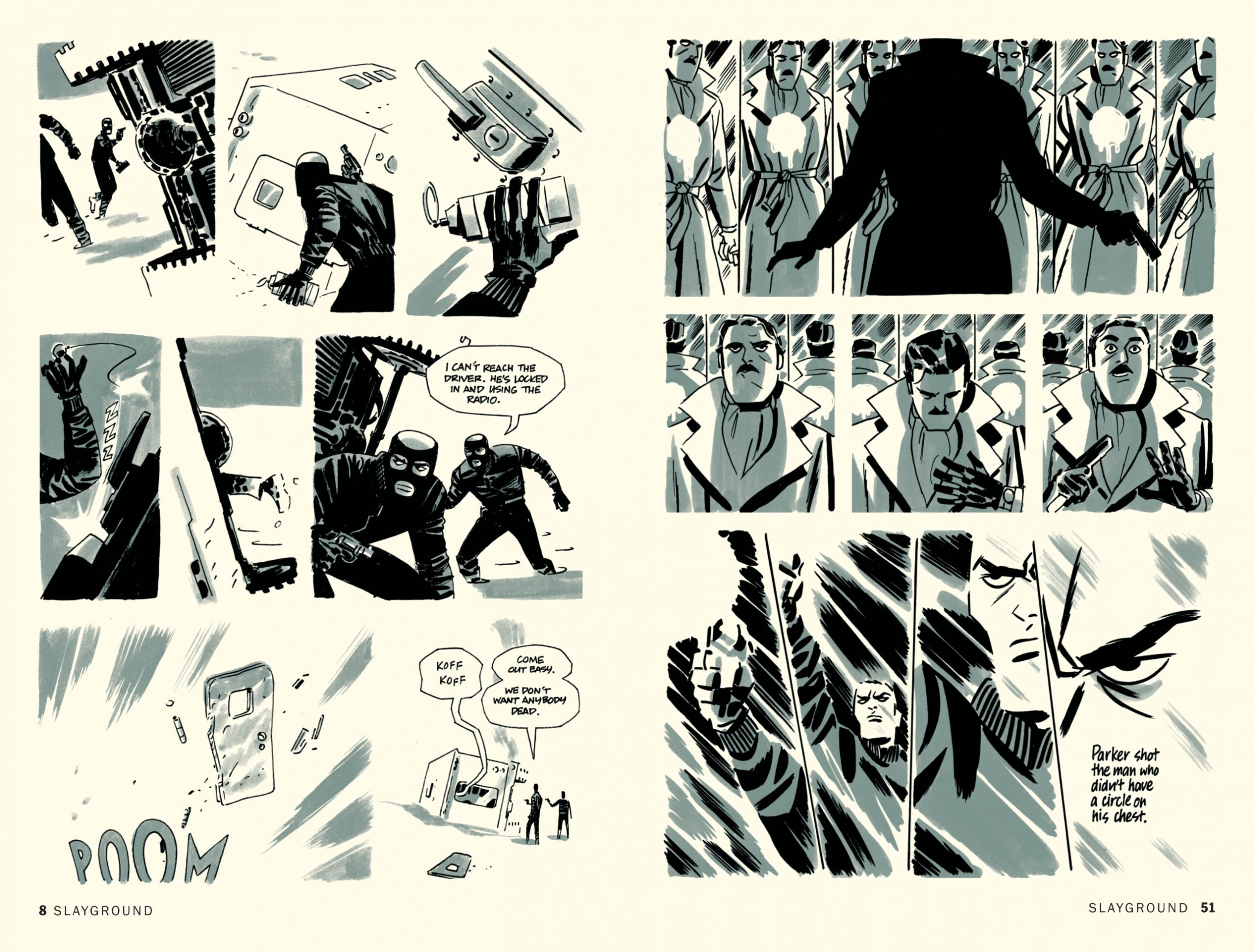 In some respects there’s now a comforting familiarity to these Parker adaptations. Richard Stark’s plots provide the surprises while the status quo is maintained by Darwyn Cooke’s accomplished cartooning and the IDW production team. As ever the stories are presented in hardback and produced in a combination of black, a single colour, and the cream of the paper stock for a stylish effect. Unlike the previous three adaptations, though, Slayground is among the later novels of Stark’s initial Parker productions, set five years after any of Cooke’s previous re-workings.

A factor contributing to Parker’s longevity as a character was Stark’s ability to vary his plots, and that’s apparent again here. The Score lovingly detailed the preparations for a heist in depth, before unfolding the results. Slayground‘s starting point is the getaway from another job. It doesn’t go to plan, and Parker takes refuge with the proceeds in a Buffalo funfair site closed for the winter. Climbing the gates, he witnesses two cops accepting an envelope, and is puzzled that there’s no immediate attempt to follow him into Funland. The reasons are clarified later, and despite making inventive preparations, Parker’s escape looks in doubt.

Cooke’s run-down funfair is beautifully rendered as he realises the opportunities within Stark’s descriptions. As this is a relatively slim story, he even provides the funfair guide complete with foldout map, a charming extra.

So slim is the title story in fact, that there’s room for a bonus, an adaptation of what was published in novel form as The Seventh, but here re-titled ‘The 7eventh’. It’s a masterpiece of compressed storytelling, reducing the 168 pages of novel to eleven pages of comics without the narrative ever feeling as if it’s missing anything, and won an Eisner Award for Best Short Story in 2012.

For those inspired to investigate further, Slayground initially teams Parker with another of Stark’s criminal creations, Grofield. The first chapter of the original novel is repeated in the Grofield thriller The Blackbird, which relates how Grofield coped starting from the same set of circumstances. Grofield, incidentally, is now correctly named after Cooke presented him as Grofeld when inserting him into The Outfit.

The combination of Richard Stark and Darwyn Cooke is a hallmark of quality as far as crime graphic novels are concerned, and this is a fine addition to the canon. Anyone really taken might want to head straight for Last Call, combining this with The Score in a slipcased, hardcover edition, and featuring a new Parker story by Ed Brubaker and Sean Phillips.