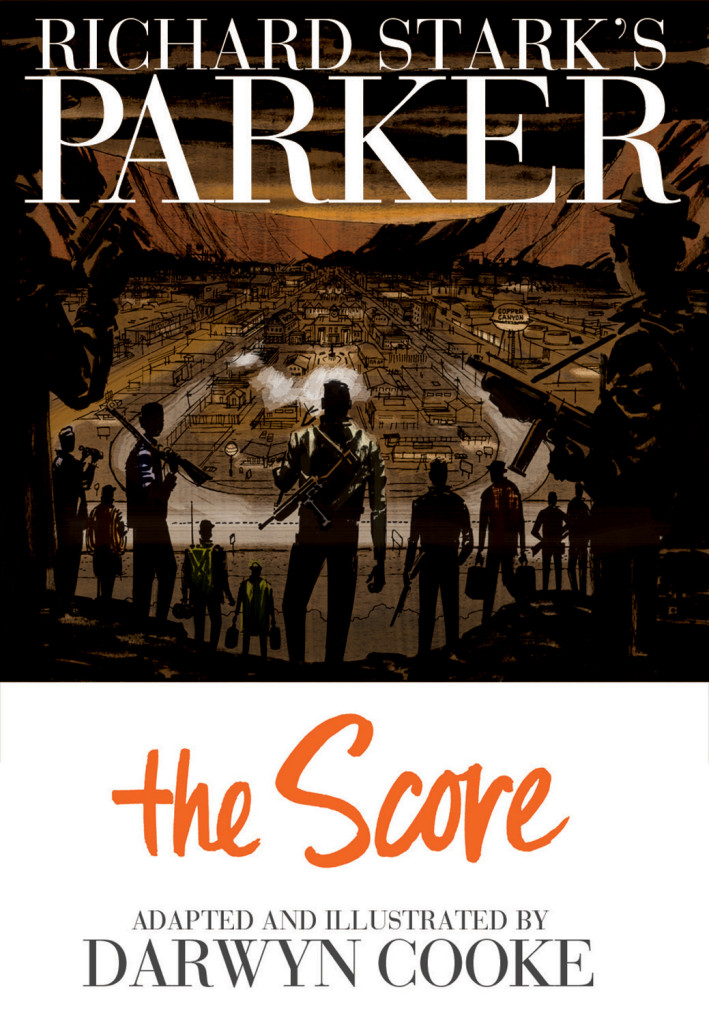 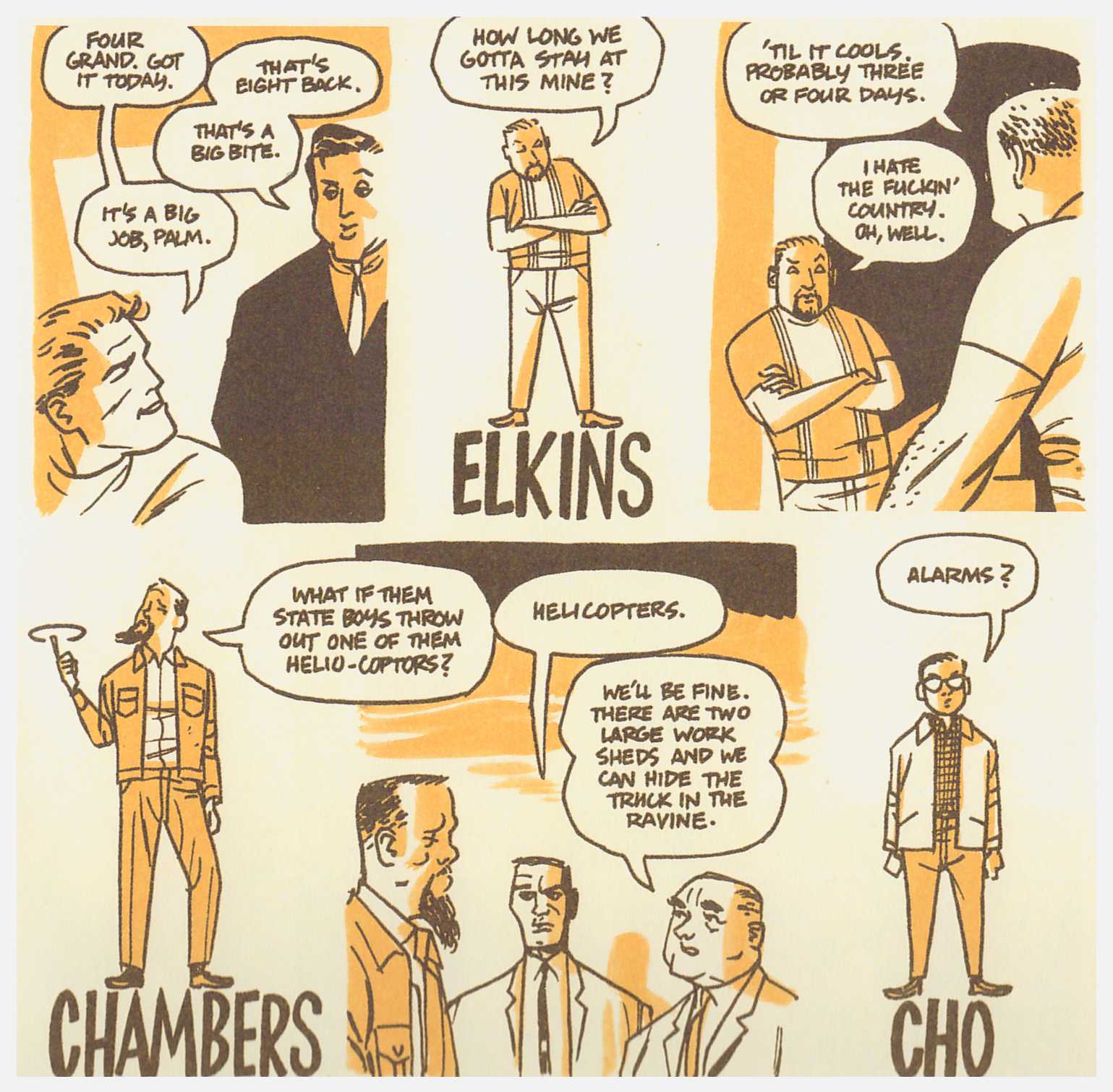 Richard Stark’s approach to his long-running series of Parker novels was to avoid formula. His plots were inventive, his characterisation terse, but this consistency was matched by an ability to write a different type of crime story every time out.

The Score is the most traditional of these excellent Darwyn Cooke adaptations to date, although still with enough tension and unpredictability to ensure it maintains its originality. The obvious cinematic comparison would be Ocean’s Eleven as Parker is passed information about a possible target, investigates, assembles a gang of confederates, and conceives a plan to the minutest detail.

The target is a mining town that’s constructed in a cul-de-sac off a highway, so just right for lifting the payroll. A correctly undertaken caper traps everyone in situ, and offers a rapid escape. But what kind of acceptable caper narrative adheres to the plan? The manner in which it diverges in loose cannon fashion is particularly deftly presented.

Cooke splits the page count almost equally between the preparations and the production. The detail is such in the first section that you’re invited, by extension, to be part of the gang. You know Grofield’s sound as you’ve worked with him before, but isn’t Wiss that bit too keen to have the split nailed down? Would you trust Edgars’ girlfriend not to be the source of competition and discontent among a group of men needing to remain secluded before and after the event? And is it worth breaking your rule concerning any caper requiring over five men not being worth the risk?

There are several fine set pieces, not least an extended finale, and a memorable five page sequence where Parker acquires the necessary weapons.

Cooke’s elegant draughtsmanship is meticulously presented. He moves the story rapidly when required to compress the pattern of tension and release, but can also linger when necessary. His period detail is accomplished and convincing, and there’s never a moment when style obscures clarity. Previous adaptations have been presented in black, the cream of the paper stock, and dark blue, but this time the chosen shade is an orangey-yellow. It’s distracting at first, but Cooke’s consummate work rapidly pulls in the reader and all thoughts of colour dissipate. Another gem. Slayground is next, and was subsequently combined with The Score in the hardcover, slipcased edition Last Call.