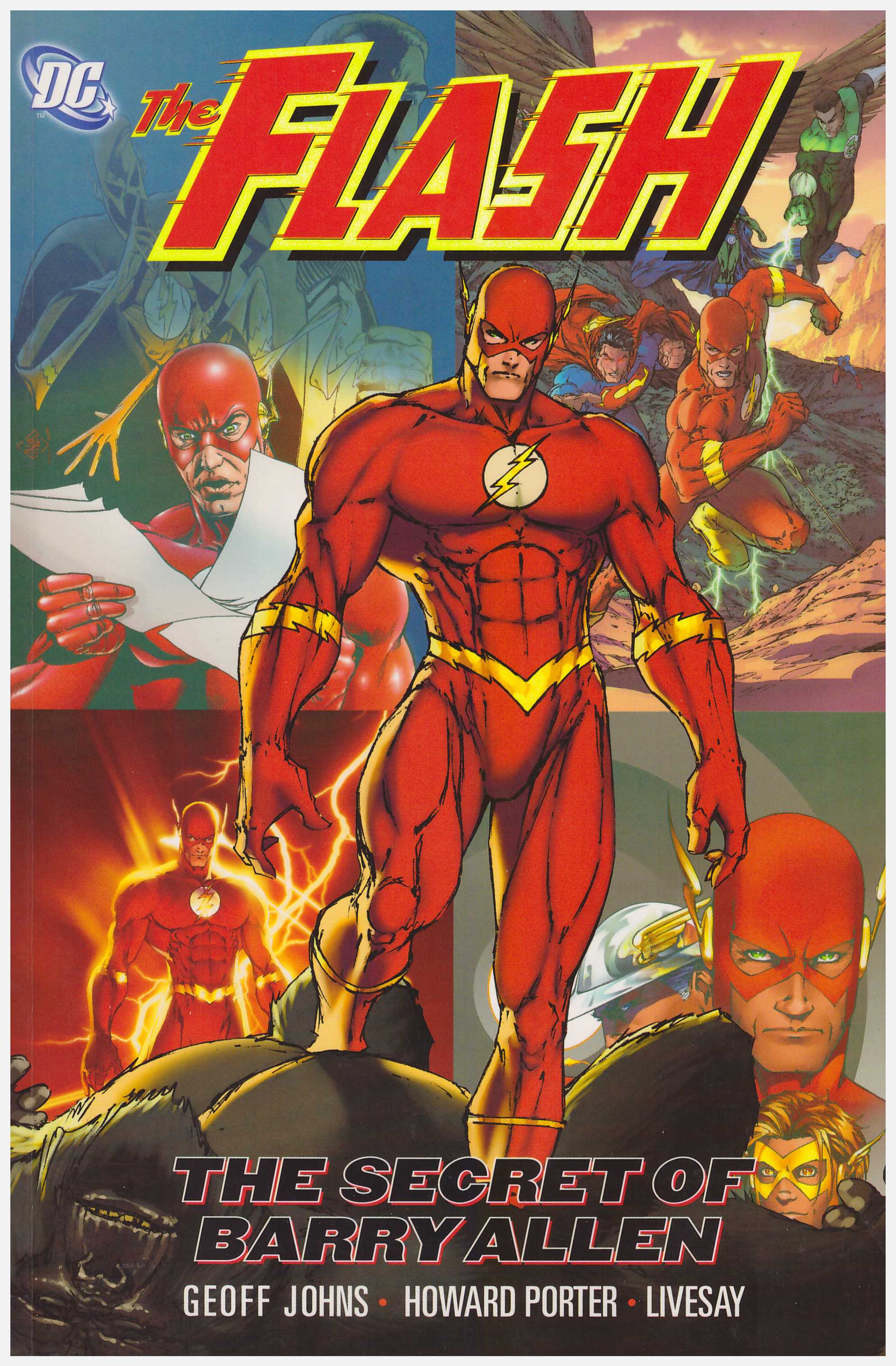 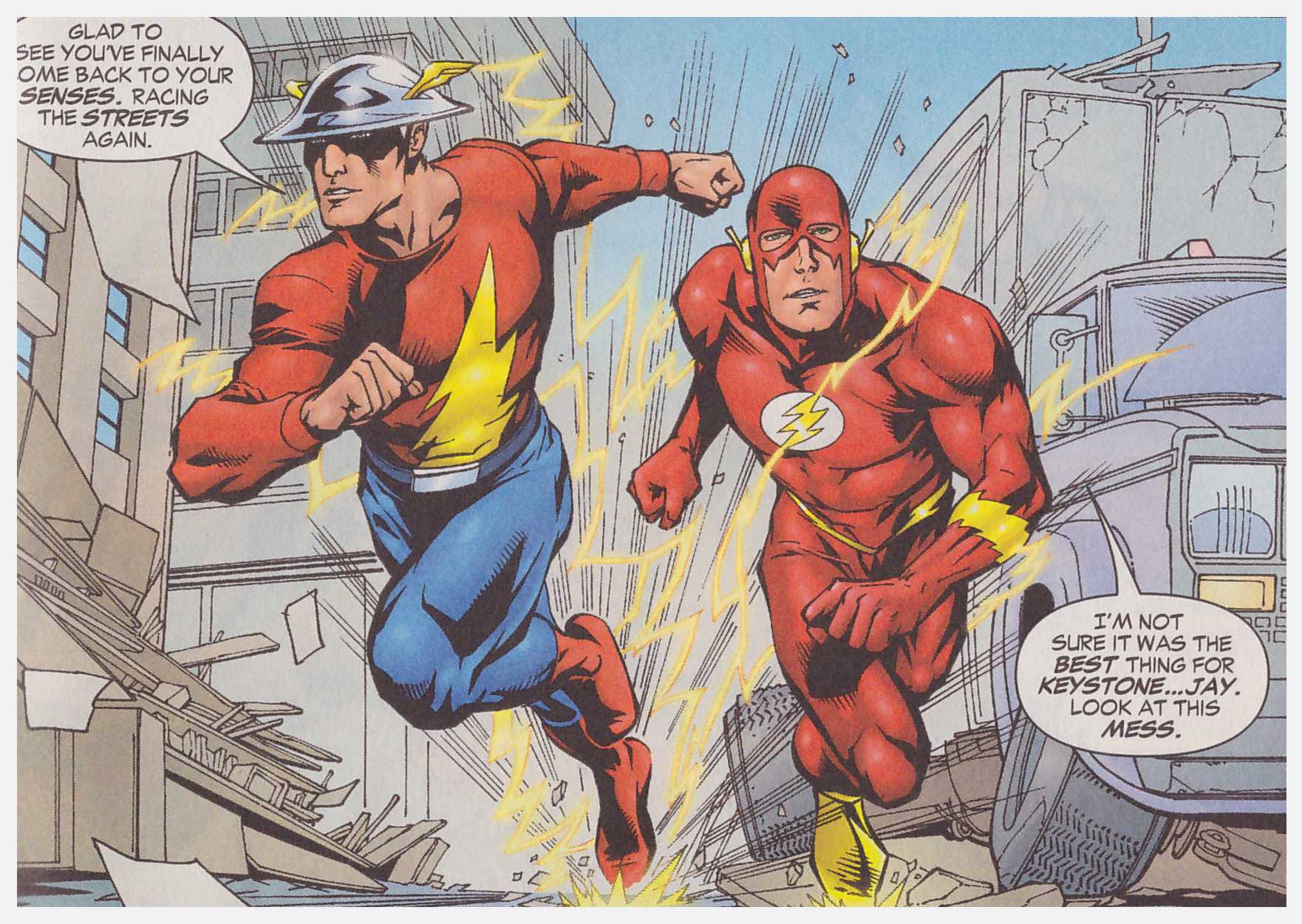 Until it crashes into focus here, it’s not been obvious that all Geoff Johns’ Flash stories to date have taken place in Keystone City. Even when outside elements have impinged on this self-contained environment, such as an appearance from Cyborg in Crossfire, they’ve segued right in. The only exception had been a telling intervention in the previous Ignition. This volume displays how crucial the isolation has been to the series.

Johns again varies his approach, and The Secret of Barry Allen throws its lot wholeheartedly in with the then unfolding events of Identity Crisis. Until this point it’s been largely irrelevant that Wally West’s Flash also appeared in the Justice League, as had his predecessor Barry Allen, and before that the Teen Titans. Those groups and individual members are all over this book.

A revealed secret is key to Identity Crisis, and the Justice League become concerned that they can no longer recall the identities of either Flash they’ve worked with. This is a separate matter, yet guilt over their secret spills over. Readers who enjoyed Identity Crisis may also find this Flash collection has greater rather than lesser appeal to them. Johns takes the opportunity to include Flash racing against Superman, and Nightwing’s counsel is relevant to Flash’s ongoing problems, before Barry Allen’s secret is revealed.

This concerns an attempt to rehabilitate an enemy, which didn’t work as planned. There have been consequences ever since. The remainder of Flash’s villains both rehabilitated and not, are a constant and welcome background presence here, and one of the finer chapters sees them mourning one of their own.

By this point Johns is a supremely professional writer, so while he’s working his way around plots initiated by others, none of his work is poor, but lacking the previous insularity results in less compelling stories. There are several characteristically fine character touches. Even if this weren’t a below par offering from Johns, though, the whole book is effectively sabotaged by Howard Porter’s substandard art. His layouts are dynamic enough, but his figures are static and when it comes to people he lacks any clue as to how a human body is constituted. This is more than a matter of style as there’s no consistency to his poor anatomy.

There’s far more joy to be found in the next volume, Rogue War. They’re both collected along with Ignition in the third volume of Flash Omnibus by Geoff Johns. 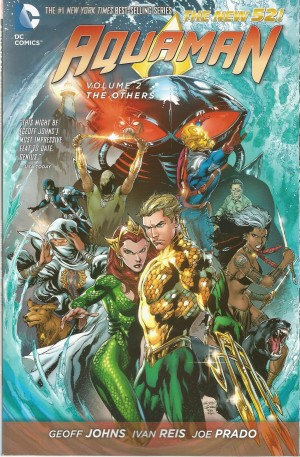 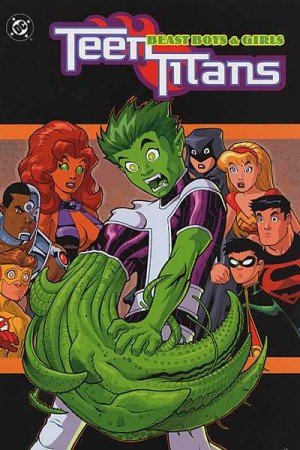