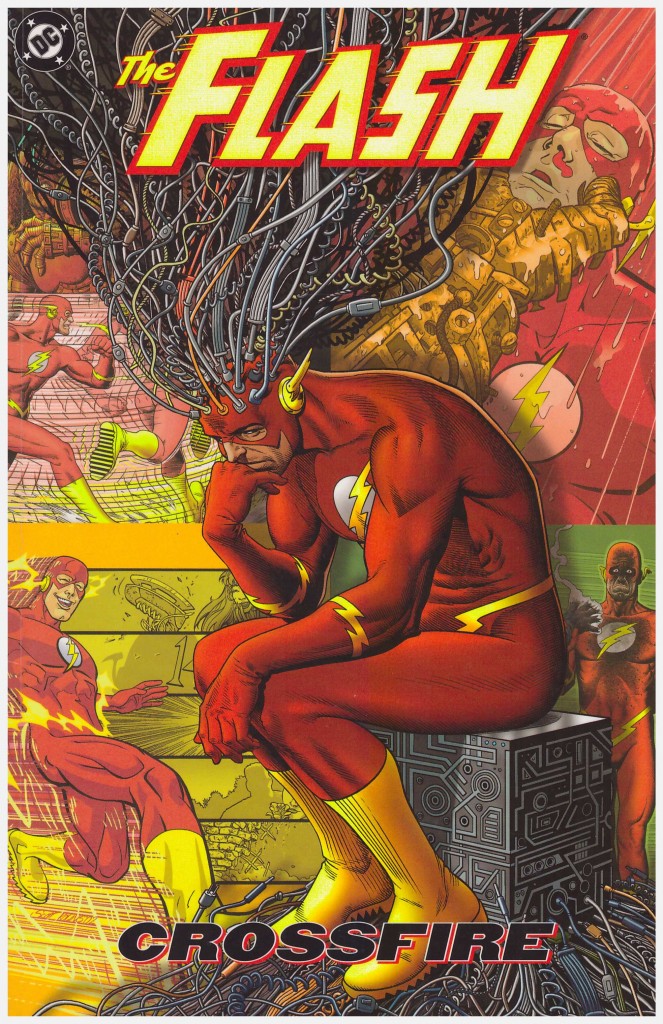 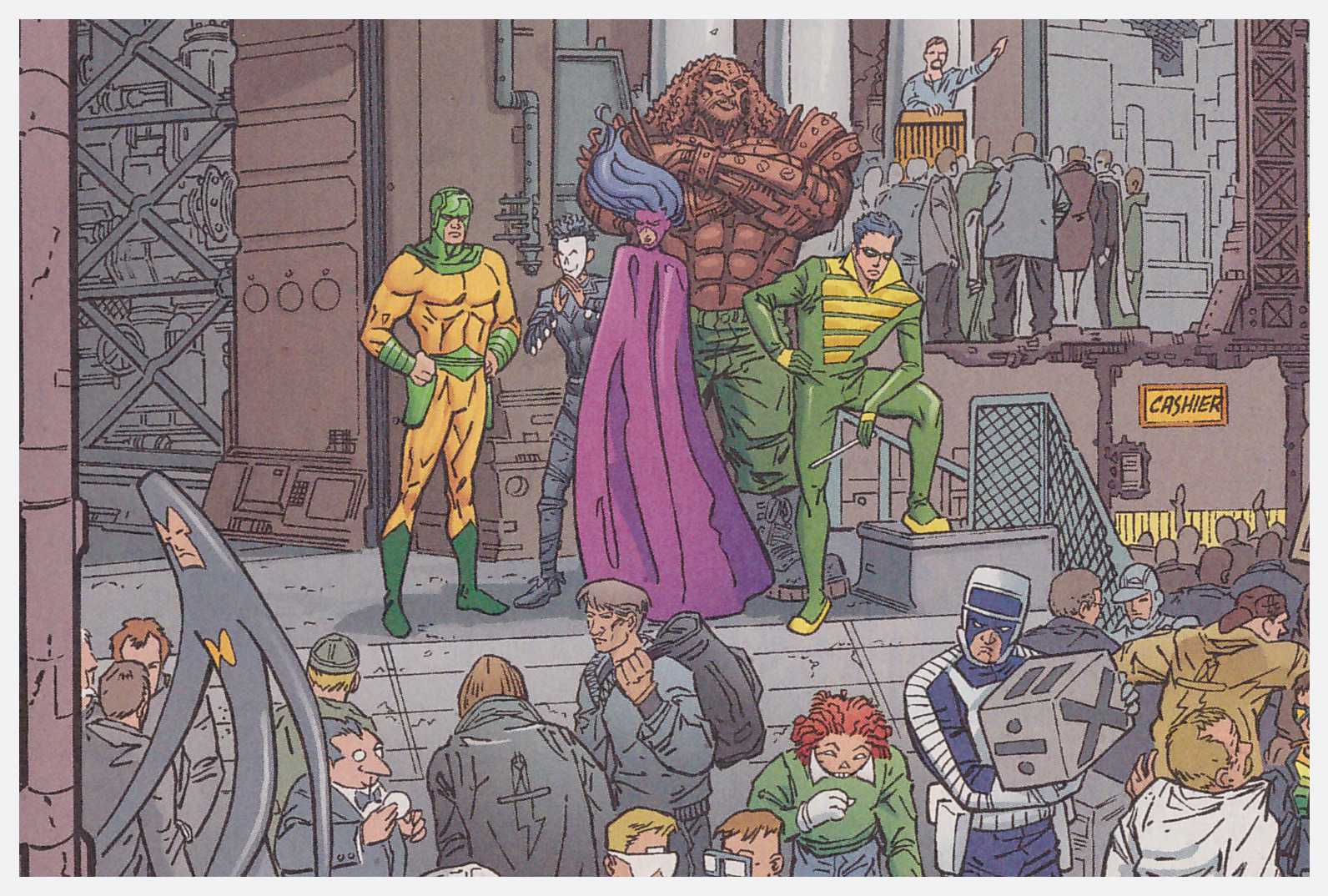 Simmering away in the background of the previous two volumes has been a plot about a mysterious woman gathering Flash’s villains, but not attacking him directly. She’s taught them how to use their powers more effectively, deliberately targeted Flash’s friends, and set off other events without anyone realising her new Rogues Gallery is responsible. Towards the end of Rogues, one of them replaced a member of Keystone’s police department.

The mastermind behind the Rogues is here named as Blacksmith, and she has an intriguing connection with Keystone City and one of its most prominent citizens. Just as she’s about to set her masterplan in motion, though, Johns throws in a brilliantly plotted complication.

Brian Bolland’s distinctive cover connects with a re-formatted version of an old villain, the Thinker. Once possessed of a tin helmet with bizarre circuitry, he’d upgraded to a purple costume when used by Johns in his introductory volume Wonderland. Blindsided by Mirror Master there, he’s now an electronic mind capable of manipulating machinery, and makes his move just as Blacksmith strikes.

What follows is five chapters of tension-filled superhero action, spectacularly drawn by Scott Kolins and masterfully plotted by Johns, with Flash facing an army of foes, bereft of allies and seemingly outwitted at every turn. There’s a warm-hearted resolution and the best of the villains escape to plague another day.

In each of his volumes to date Kolins has produced at least one fantastic double page spread. What makes these so memorable is the perspective (literally in the case of Rogues‘ look at the city from above). Most younger artists would use the space for a full figure action shot, but Kolins pulls back to display the detail. His best spread in Crossfire is a warehouse full of villains at a black market technology auction.

Johns supplies another villain profile here, this time concentrating on the Pied Piper’s past. He’s been mentally confused over the past volumes, and has seemingly murdered his parents, but a pertinent question on his mind is just how it is that so many of the Flash’s foes have gone straight. It’s drawn by Justiniano, not a name that’s going to be seen in comics again, whose guest art lags a little behind that of Rick Burchett. Burchett is the far more comfortable of the pair with scenes not involving costumes while still delivering action.

The book ends with rather a clunker as Johns dips back into fairy tale land as Flash teams with Hawkman. It’s thankfully his final attempt at such material in Flash, and the good stuff continues in Blitz. This can also be found combined with Rogues and Blitz in The Flash Omnibus by Geoff Johns volume two.