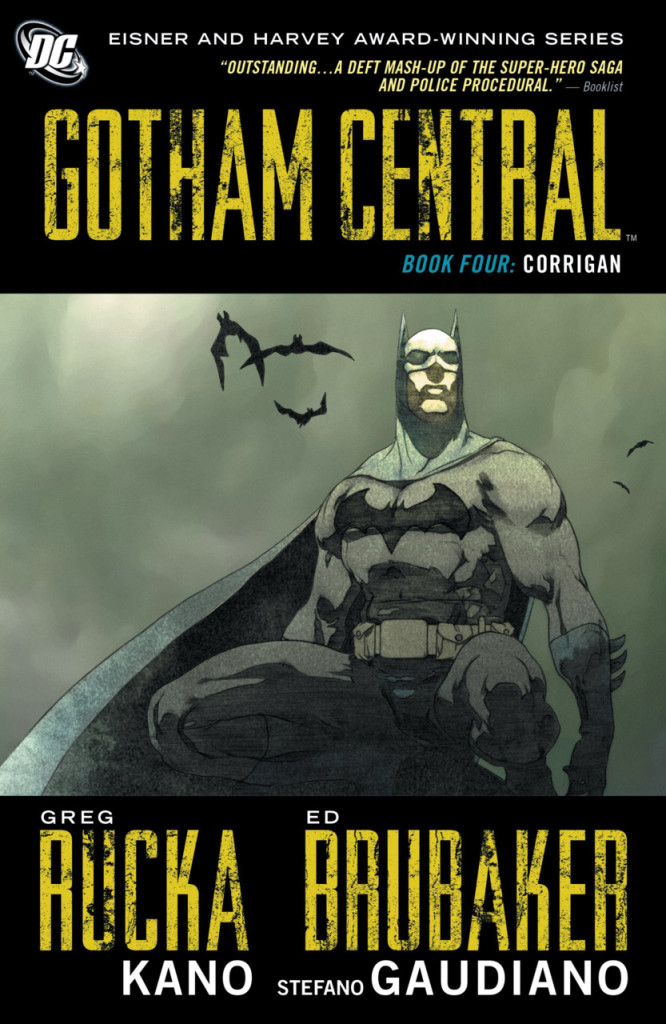 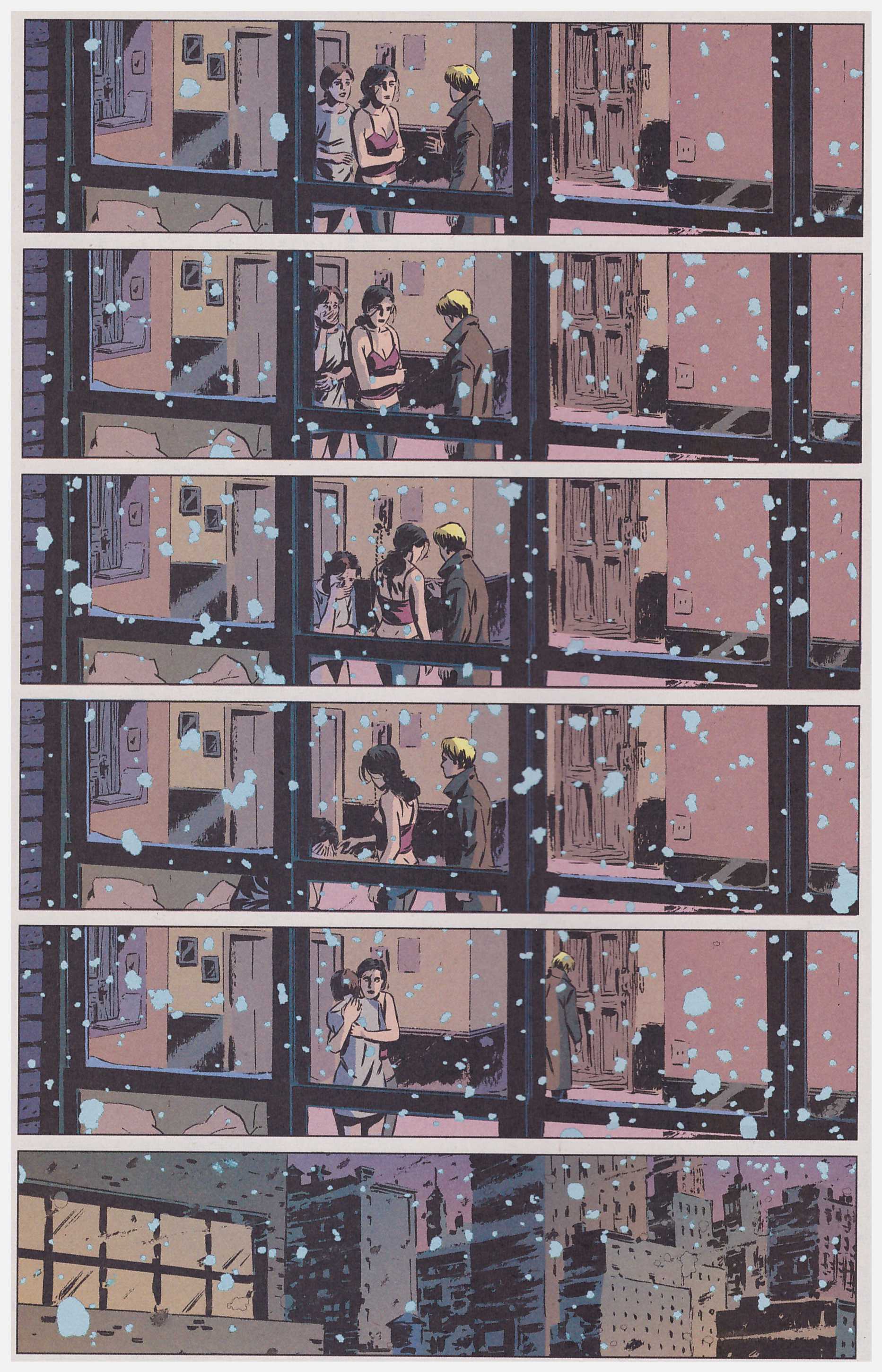 The reason for the title is scene of crime officer Jim Corrigan. He’d previously been portrayed as corrupt, but this collection greatly extends the extent into some extremely grim areas, far nastier than those already seen in On the Freak Beat (or The Quick and the Dead in paperback).

Corrigan and his activities spread all over the opening story, ‘Nature’, unaccountably omitted from the earlier paperback collection Dead Robin. The narrative is that of two corrupt patrol officers looking to crawl their way up the greasy pole and ingratiate themselves with who they perceive to be Gotham’s up and coming crime boss.

It’s drawn by Steve Lieber, his naturalism and facility for conveying emotional characterisation fitting well into the series template. He returns later for an equally good story of two officers attempting to make their way home at the end of a shift as Gotham heads to hell in a hand basket all around them. The remaining art is pencilled by Kano and inked by Stefano Gaudiano, reversing the partnership used in On the Freak Beat. There’s very little difference, so smooth is their collaboration, and they’re well up to the task of relating the story Greg Rucka tells, using dialogue-free sequences on several occasions.

The longest tale here is written by Rucka in partnership with Ed Brubaker, and has the Gotham police puzzled when the corpse of someone dressed in Robin’s costume is found in an alleyway. Is it the genuine Robin? Might there be more than one? And what are the chances of Batman co-operating with the investigation given the recently soured relationship between him and the GCPD? A further question investigated is the line between journalistic responsibility and with-holding information.

It’s the final story, though, that’s the highlight of the collection, and of the series as a whole. Rucka has tracked Renee Montoya’s life and progress throughout Gotham Central, beginning in the award-winning Half a Life, and he completes the job here. She had an ethical decision to make in the previous book, choosing her partner’s fate in preference to nailing Corrigan, and it’s a selection with consequences. Corrigan proves adroit and manipulative, and Rucka’s plot takes some excellent unexpected turns.

This concludes Gotham Central, and anyone whose fond of crime drama should enjoy a series that starts well and only very occasionally dips below those standards, and then not by much.