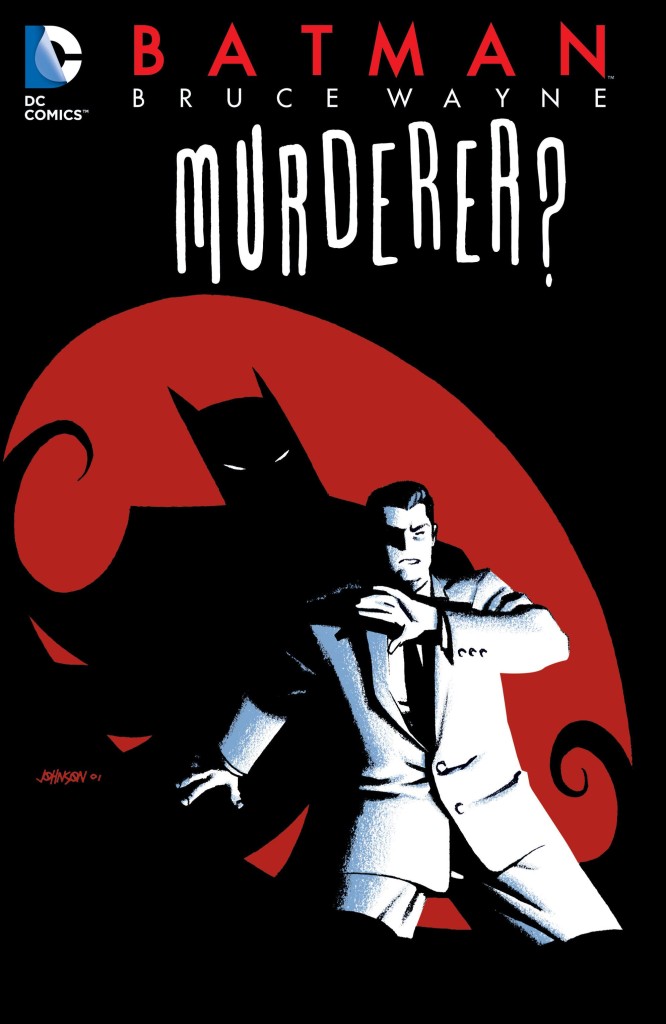 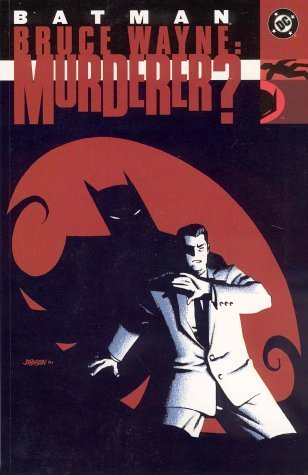 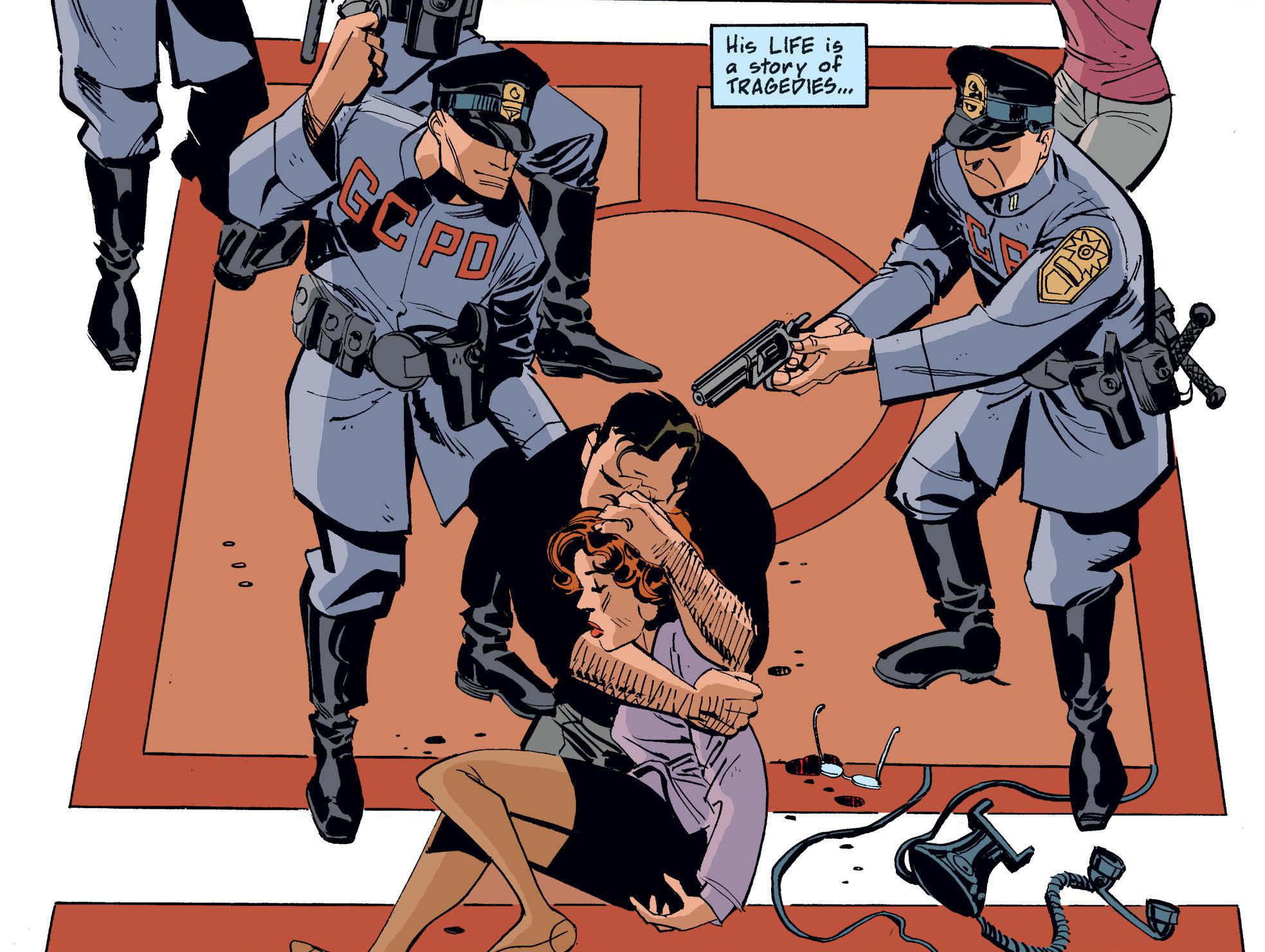 In 2014 DC rejigged their collections of 2002’s Batman crossover tale. One volume of Bruce Wayne, Murderer? and three of Bruce Wayne, Fugitive are now gathered as one book with each title, occupying over a thousand pages between them. For Murderer this means a vastly expanded volume incorporating much of the content previously assigned to Fugitive volume one.

The short of it is that the entire story opens well here and closes strongly towards the end in Fugitive, but is bloated by plenty of mediocre or peripheral material, and an entire platoon of writers and artists are used, leading to jarring switches in style. As a rule, any chapters written by Greg Rucka are well-plotted and intriguing, if not always directly connected to the main thread (as his latter material here), but everyone else’s work is variable.

It’s Rucka who sets proceedings in motion very professionally. Rick Burchett covers the calm before the storm, while Scott McDaniel’s more action-oriented layouts take over once the body of Bruce Wayne’s former girlfriend is found in Wayne Manor, with the police conveniently in situ to arrest Wayne as he discovers the corpse. This is a major flaw in an otherwise well-delivered introduction as Batman couldn’t have failed to have noticed the vast amount of police, reporters and helicopters present as drawn by McDaniel when he returned home. The remainder of that chapter is a fine police procedural tale, before the same events are largely replayed from Batgirl’s viewpoint, although she does make a significant discovery.

There’s a decent glimpse at the arraignment from Devin Grayson and Roger Robinson, a team whose standards are generally high, after which we move into extraneous and not very engaging material. Blue Beetle’s heart condition, Barbara Gordon’s visit to Wayne’s bodyguard Sasha Bordeaux, and the problems of Robin’s school friends draw focus away from the ongoing plot, which picks up with two decent chapters about what life is like for Wayne and Bordeaux in jail.

The book continues with more plots not connected to the ongoing story. Batman then alienates all his associates who’re attempting to prove his innocence. This is given a weak explanation in context, but anyone believing it to be button-pushing padding has their conclusion bolstered by an early reversal in the pages of Bruce Wayne, Fugitive.

Rucka and Steve Lieber’s readable story of impurities in drugs killing people veers into strange territory, but has little to do with whether Wayne is guilty or not, and moves that plot not an iota. Neither does the following Mortician material from Grayson, Robinson and then Leonardo Manco’s stylish art.

One can’t help wondering if a better product might have been achieved by not reprinting entire issues of Birds of Prey or Robin. Excising all the material that doesn’t flow into the Bruce Wayne plot would have been a relatively simple task, and produced a smoother and more relevant read. As it is there are constant diversions with irrelevant characters and plots not resolved as they concluded in issues not reprinted here. Furthermore, it’s generally these chapters that are the lesser quality.

Is this still worth reading in 2014? Some bits are, some not, but certainly not at full cover price.