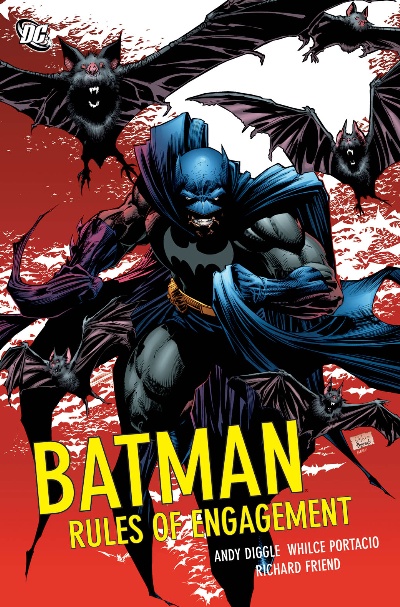 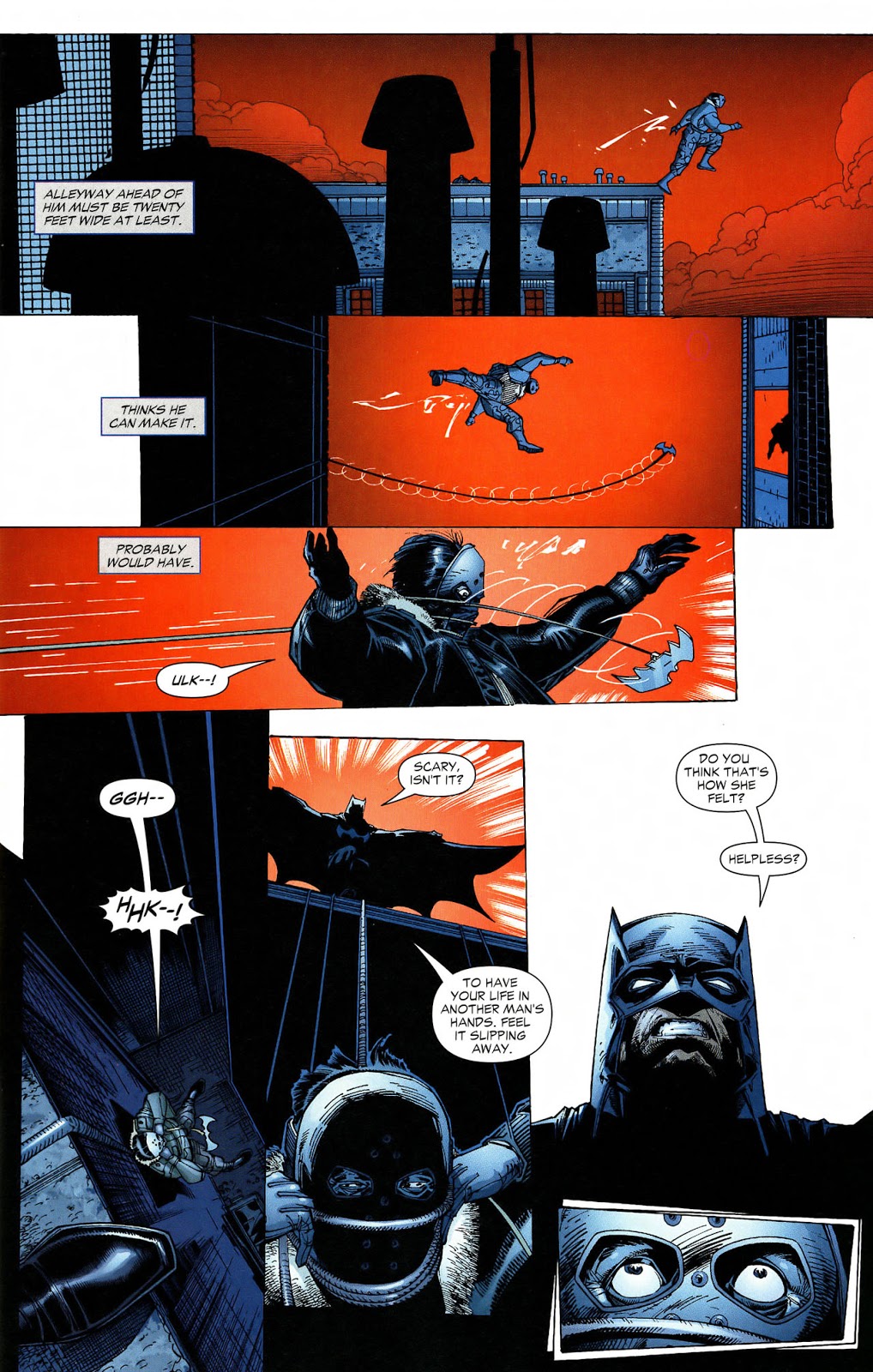 Rules of Engagement is set early in Batman’s career, although this isn’t spelled out for any reader who doesn’t pick up on clues such as police contact James Gordon being referred to as “Captain”. The starting point is a government weapons contract for whom the final bidders are companies headed by Bruce Wayne and Lex Luthor. One of course is virtuous, and the other a manipulative despot without conscience, so when Wayne’s equipment goes rogue there’s an obvious candidate at whom the finger can be pointed.

Batman is also concerned with a case in which a woman is murdered in front of her young child, who might also be dead had Batman not intervened. “How can I expect to make a difference in this city if all I do is mop up bloodstains?” he asks Alfred at one point.

Whilce Portacio’s art is surely an acquired taste. There’s a dynamism, but too much is still dependent on the excess of lines that characterised his work as younger artist, while his choice of odd viewpoints further irritates. When it comes to expanse, though, he delivers. If you want to rip out a pin-up of Batman on his bike or Luthor inspecting an army of robots, then Portacio is your man.

Andy Diggle’s plot escalates from an ordinary beginning, but for every inventive element that succeeds there are others that don’t work. Batman evades every bullet spat out by a hitman with an uzi in each hand standing five feet away. Yes, this is superheroes, but Batman is, for the most part, meant to be the single anomalous element in a mileu that most creators strive to construct as otherwise true to life.

Ultimately too many of the eventual answers aren’t well enough presented to disguise their hoary cliché.