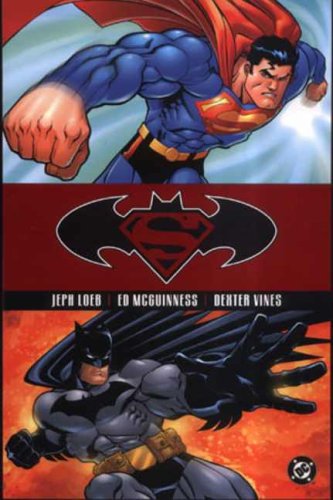 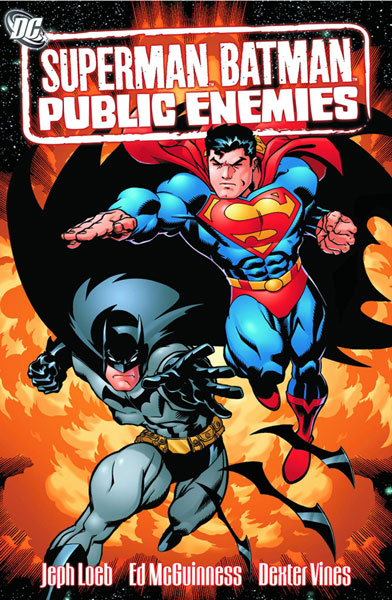 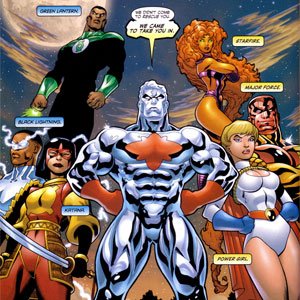 Superman and Batman were once the “World’s Finest” team: best friends and a pairing that made perfect financial sense as America’s most popular superheroes cross-sold their combined readerships.

This post-modern take sees the old pals retooled for the style-over-content 21st century. Superman and  Batman must save the world and their reputations, but to do so involves overthrowing the United States President himself. Of course said President is Lex Luthor.

It begins with a bucolic two page snippet tale from the days of Smallville wherein Jeph Loeb and Tim Sale effectively tease us with what might have been had the go happy-go-lucky Kent boy had a play-date with that morose, recently orphaned rich kid from Gotham City.

Illustrated with plastic efficiency by Ed McGuiness and Dexter Vines the main event opens years later as the Dark and Light Knights follow leads in separate cases back to shape-shifting cyborg Metallo, revealing he might have been the shooter in the still-unsolved murders of Thomas and Martha Wayne. That bombshell seems inconsequential in the light of later events when President Lex learns that a lump of Krypton the size of Australia is on collision course with Earth. Implausibly claiming Superman has summoned it, the government issues an arrest warrant and convenes a metahuman taskforce to bring him in.

This involves guest stars aplenty clashing across the globe. The story is artificially extended to accommodate too many of them and the superfluous fighting, whilst too much narrative occurs off-camera, presumably to facilitate a faster, smoother read. It all combines for a rather unsatisfactory experience. Plot is reduced to an absolute minimum in favour of showy set-pieces, and established characterisation is too often hostage to whatever seems the easiest short-cut to action. Frothy, great looking, but painfully lacking in substance. Up next is Supergirl.