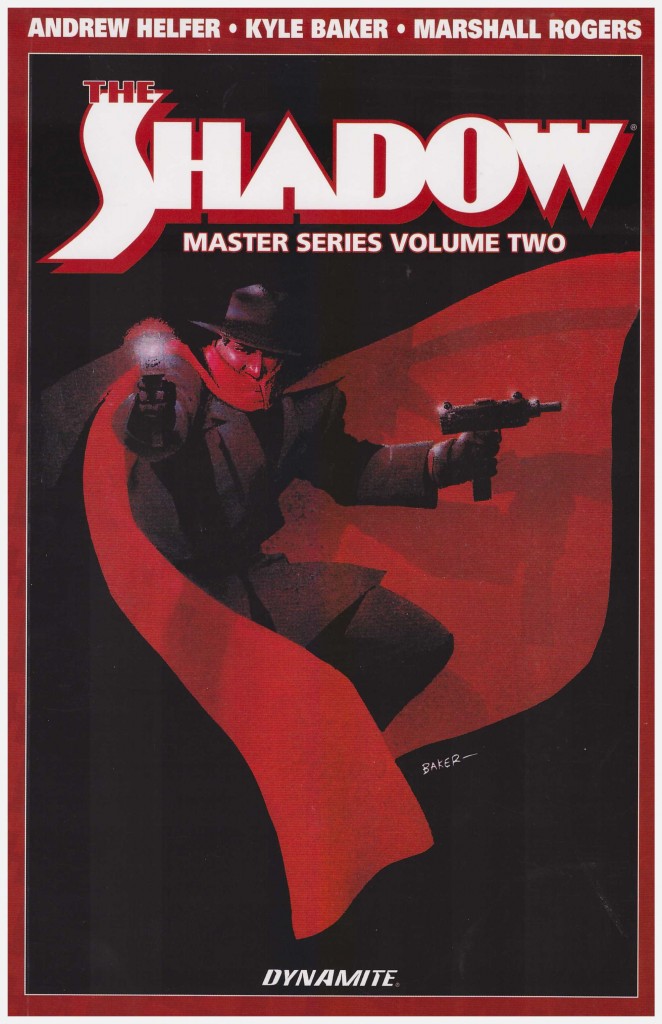 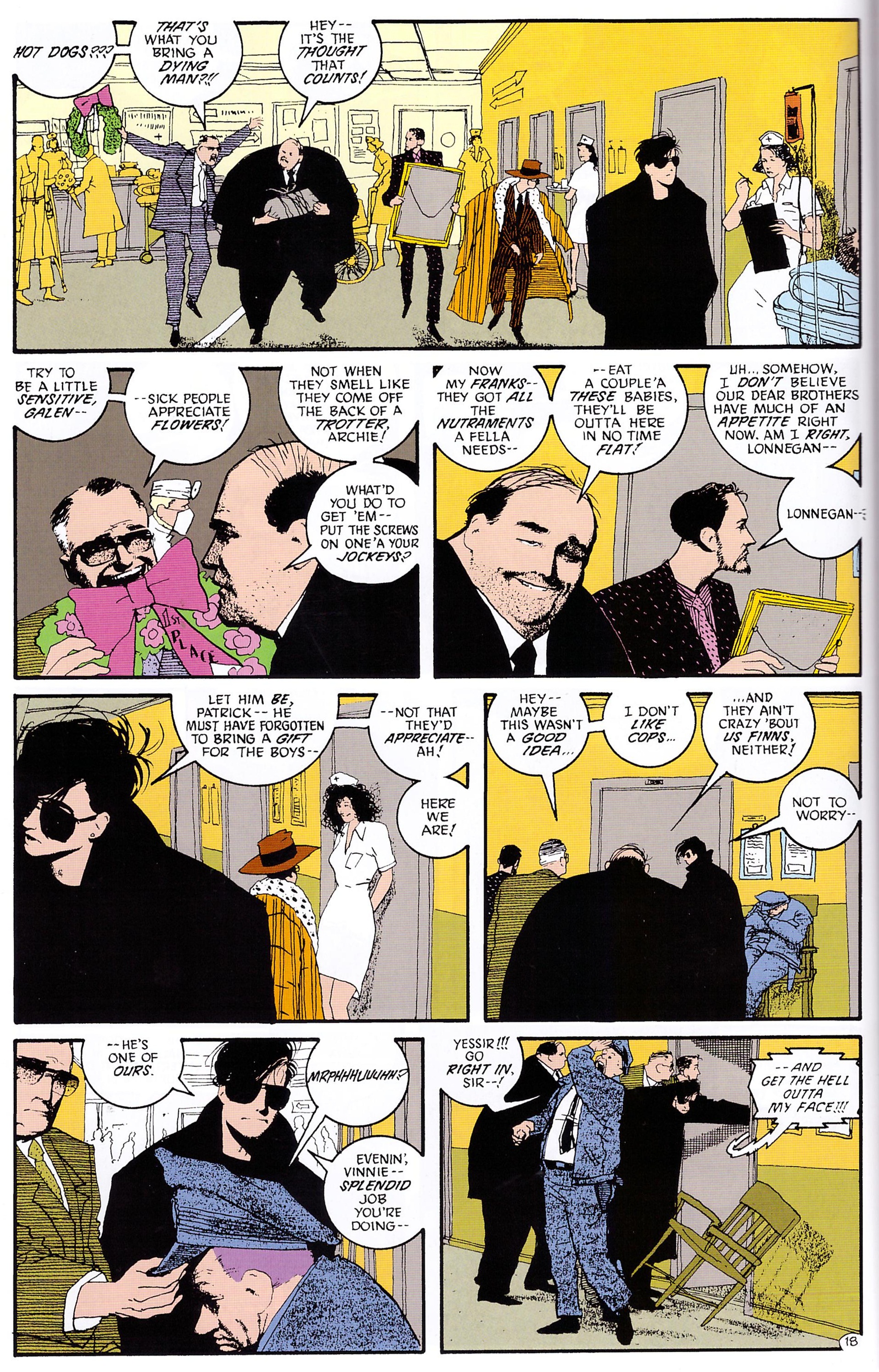 The bulk of this volume, the six chapters of ‘The Seven Deadly Finns’, comprise one of the finest stories published in mainstream comics during the 1980s.

In the first volume of the Shadow Master Series writer Andy Helfer expanded the Shadow’s pool of assistants, defining his cast amid a complex story. All survivors return here, as Helfer delivers further memorable eccentrics. There’s deluded P.I. Dick Magnet and his Spillane-channeling narrative, ambitious sleazy lawyer Hieronymus Bach, a deranged serial killer believing himself controlled by the Shadow, a gang of Rastafarians claiming a debt from Harry Vincent, and the seven Finn brothers, controlling a significant portion of New York’s crime, each with their own sphere of influence. That’s only the introductions from the opening chapters, and many more follow.

Astoundingly, all the above are all kept on the boil, barring the occasional fatality, and Helfer’s focus never strays across this massive ensemble. Additionally, the Shadow himself plays a more direct role, manoeuvring assorted criminals towards violent deaths, and positively relishing mayhem when it occurs. Taking his title from a Brian Eno single, Helfer’s story is the slow demise of the Finn’s criminal empire as their assorted enterprises collapse.

Much credit for a leap in quality for an already admirable series must be apportioned to new artist Kyle Baker, announced in the first chapter as supplying “a healthy dose of perverse enthusiasm”. His contribution is far greater. His cartoon exaggerations wobble across the pages, mouths agape, some seemingly a whisper away from coronary attack, but never crossing a line that would plummet the story into complete farce. His Shadow is initially a silhouette for the most part, reflecting his alias, and Baker’s thoughtful characterisation is first rate. An early scene has the Finn brothers gathering in a hospital, and his portrayal nails the essential personality of each over three pages.

Even the chapter headings introducing the credits still raise a chuckle: “A premeditated exercise in prevarication from…”, “Implemented with a measure of morbid curiousity by…”, and “Brought to you under duress by…”

Were this merely a funny story populated with an eccentric cast ‘The Seven Deadly Fins’ would be top-notch material, but what elevates it is the humour’s presence as mere window dressing. Strip away the slapstick and a densely-plotted crime story with surprising twists would remain, down to trivial incidental details. It doesn’t impact on the story, but you can follow the fate of an inept security guard over six panels scattered across four chapters, and Helfer’s excellent at introducing seemingly capricious elements that later provide a pay-off, and using those elements in inventive fashion. An early casualty is dropped into the meat grinders in Galen Finn’s factory, but his diamond earring survives to be discovered in a frankfurter, prompting a snub to the FDA by planning a promotional campaign around the incident.

In addition to the Finns, there’s a single chapter story about a child on a school trip planning to kill the president, drawn by Marshall Rogers. As ever with Rogers his well-honed design skills are accompanied by occasionally shaky figurework. Despite the title ‘Harold Goes To Washington’, there’s none of the sentimentality of the film it echoes. W.C. Fields was once said to have replied “fried” when asked how he liked children, and Harold exemplifies the odious brats he was referring to, his excesses ignored by an indulgent mother over-compensating for the early death of her husband. While not directly responsible for the inevitable conclusion, the Shadow makes no concession in his judgement of criminals due to their age.

Everyone who likes their crime fiction with a humorous twist should pick this up.