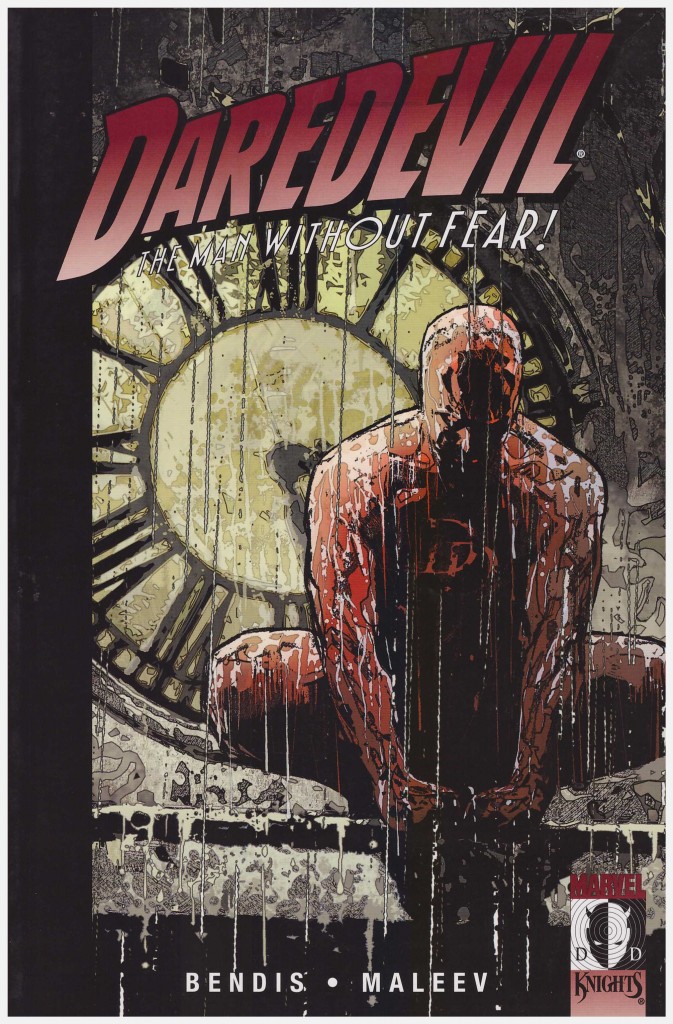 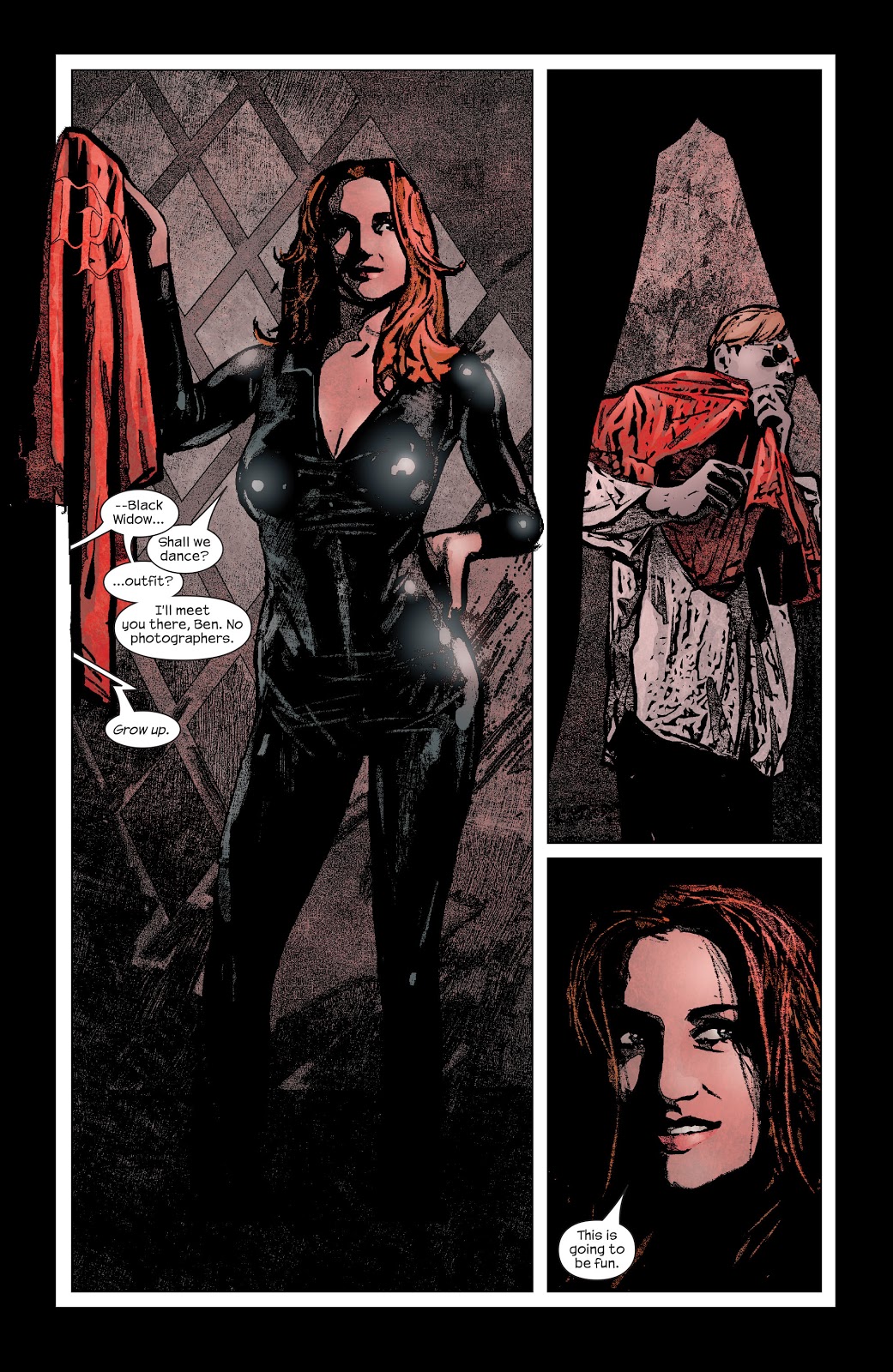 Much has as changed since Brian Michael Bendis started writing Daredevil, and much changes with this volume, but at its heart is return to the old days of Daredevil and the Black Widow even if costumes are less in evidence than previously.

Early in the tale Bendis first writes Madame Hydra, a character he’d use considerably in other titles, primarily Avengers, but here the subject of a diplomatic incident when the Avengers arrest her on Bulgarian soil. The Bulgarians are prepared to hand her over, but there’s a price. The resulting fallout sees the Black Widow back in New York, very publicly supporting Daredevil in stomping out crime. Bendis includes a fine summary of her prowess in his captions: “Gentlemen, you are being screwed with by a world class superspy whose expertise is screwing around with guys just like you. You are in the clutches of the Black Widow, and you don’t even know it.”

There are several other familiar characters in play here, and Bendis introduces a memorably self-obsessed hitman who records his thoughts for posterity while in action. It’s an excellent story, matching the best of Bendis Daredevil, but tainted by association with the remaining content.

Artist Alex Maleev continues to appeal and irritate in equal measure. His grainy style is ideally suited to Daredevil’s grimy world, but his blatant habit of constantly re-using images, frequently on the same spread, classifies his artistic integrity.

An unsung hero of this Daredevil run is colourist Matt Hollingsworth. He has a refined and subtle touch that perfectly complements Maleev. He chooses his palette carefully, restricting each page to a few colours, here settling his choice around the striking orange/red of the Black Widow’s hair, to splendid effect.

Two very different tales close the volume. The final story is the first teaming of Daredevil and Black Widow, from the 1970s, sumptuously drawn by Gene Colan, but not well served by vibrant printing on gloss pages of material coloured for newsprint. It’s not Gerry Conway’s finest hour either. The other tale was scripted as an anniversary issue for Daredevil, specifically to be drawn by what are considered top artists who’d never previously handled the character. They’re largely disappointing.

Michael Golden’s contribution is barely recognisable as the same artist whose work thrilled in the 1980s, he’s followed by the static photo-realistic poses of Greg Land, and Phil Hester and Ande Parks supply an ugly cartoon style Daredevil. On the plus side, the delicacy of P. Craig Russell works for a conversation between Daredevil and Captain America, and Chris Bachalo’s Doctor Strange sequence is interesting, although he also cuts and pastes. Bendis’ clever plot highlights a number of methods in which Daredevil could theoretically change his circumstances.

Golden Age is the next volume. This collection is now out of print, but the content is gathered in volume two of Daredevil by Brian Michael Bendis and Alex Maleev Ultimate Collection.