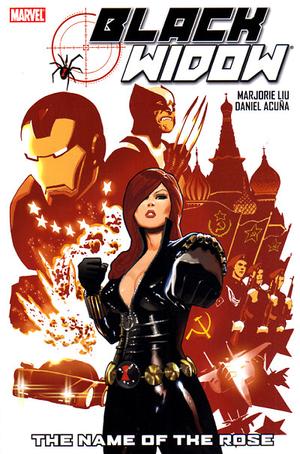 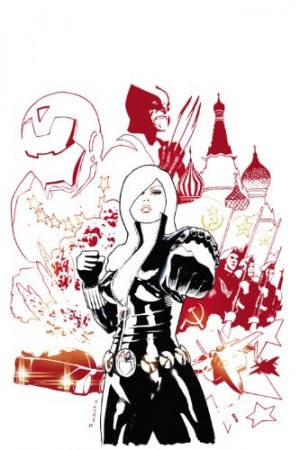 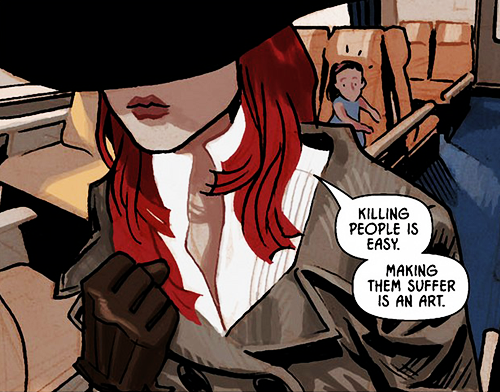 It was 2010, forty-six years after Marvel’s favourite Russian superspy débuted, before anyone actually tried giving Natasha Romanova her own ongoing solo series in a title that wasn’t shared or any form of anthology. The Name of the Rose collects the first five-issue arc of that series (which sadly only lasted three further issues).

The comic was well-received on publication, yet it’s hard to quite see what all the fuss was about. The story is certainly competent, and rightly recognises that the Widow is a spy, rather than a superheroine, and so she needs appropriate spy-focused stories. We are of course talking of the glamourous and unrealistic spy fiction of James Bond and television’s The Man from U.N.C.L.E. rather than the grim spy fiction of John le Carré. However, there is a strong superheroic element working against the realism, and various superhero friends and paramours feature, such as Iron Man, Wolverine, Bucky Barnes (at this point being Captain America) and, all too briefly given their history, Hawkeye. The assassin Elektra also turns up, in a contrived and pointless scene that seems to be present solely to allow a girl-vs-girl fight (and possibly to ensure that the comic passes the Bechdel test). Though the exploration of the Widow’s past is interesting, the revelation of the villain is rather disappointing and the justification for the title a little contrived. Daniel Acuña’s artwork is fine, but a touch anaemic.

At the time it was refreshing to see the Black Widow brought back to her roots in this fashion. And one can definitely make a case that, had Liu and Acuña not produced this, then Nathan Edmondson and Phil Noto might not have taken a similar approach in their 2014 Black Widow series. If that is argued, though, one must also admit that Edmondson and Noto do it better. If you’re only going to buy one Black Widow graphic novel, then it really needs to be Edmondson and Noto’s The Finely Woven Thread rather than this.