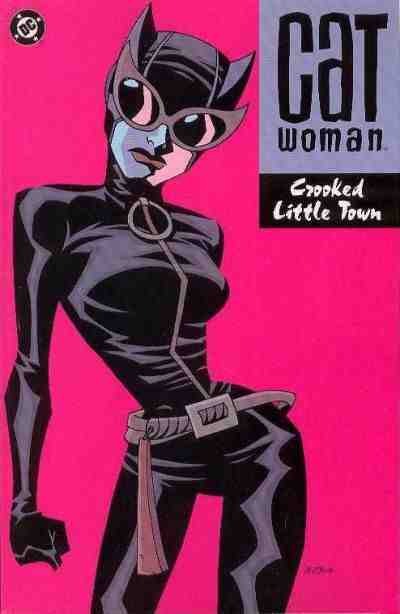 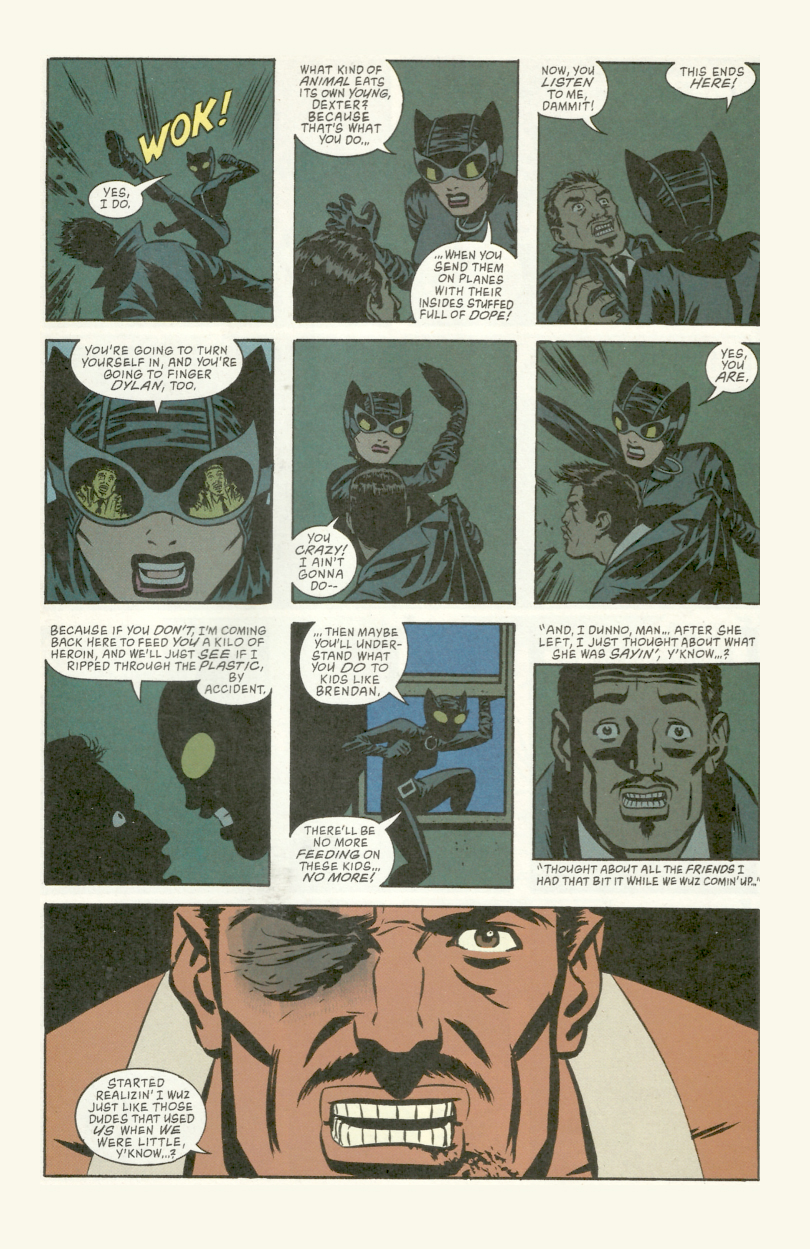 This second collection of stories of the re-booted 21st century Catwoman features Selina Kyle, walking the line between hero and villain as a vigilante fighting the criminals preying on the people of Gotham’s East End, who are beneath the notice of law enforcement, and even ignored by Batman.

‘Disguises’ tests Catwoman’s moral code as she finds a drug dealer transporting his heroin across the border by putting it inside the bodies of children. As if that isn’t bad enough, one of the children is a kid she’s only recently met again after a long time, and now he’s near death after a bag of heroin broke open inside him. It doesn’t take too long to find out who the dealer is. She’d like to kill him of course, but this person seems to have ties to Gotham’s wealthiest citizens, and Slam Bradley is already on the case. He points out that if she wants to do the right thing, her motives have to be pure – revenge isn’t what heroes do. In trying to solve the problem in other ways, a miscalculation about just how corrupt Gotham’s cops are leaves Holly Robinson holding the bag for a murder she didn’t commit. Ed Brubaker’s scripting, Brad Rader, Cameron Stewart and Rich Burchett’s drawing make for excellently paced crime comics that have enough blind alleys, twists and jeopardy to keep the tension and action high.

Two shorter stories ‘Trickle Down Theory’ and ‘Joy Ride’ fill in more details of Selina’s past and so does ‘The Many Lives of Selina Kyle’ by Brubaker, Michael Avon Oeming and Mike Manley. This last includes a much lighter look at Catwoman with a group of criminals reminiscing on her previous looks in a variety of different costumes, including her 1940s purple.

There’s a grittier tone to these stories aimed at a more thoughtful readership than the previous pin-up version of the character, and Crooked Little Town is expertly entertaining work. The stories in this book are also available in the extra-large collection Trail of the Catwoman, and the series continues with Relentless.