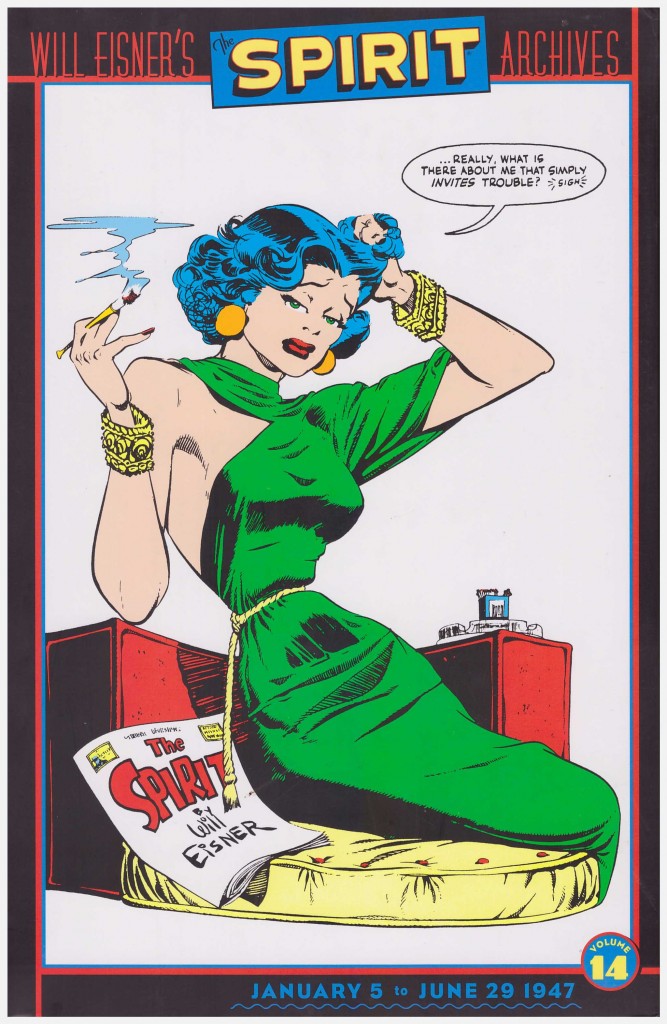 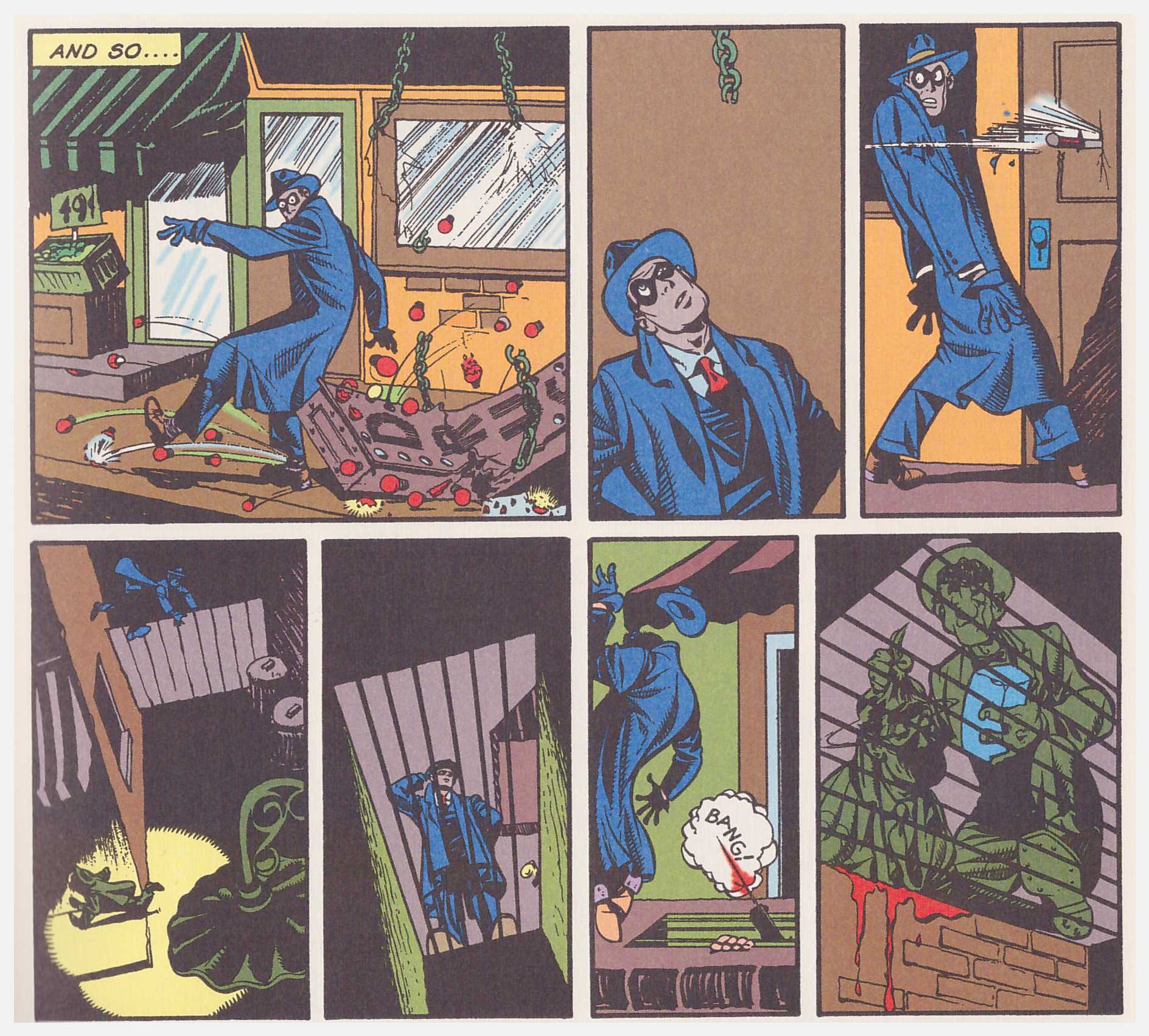 Since returning from service during World War II Will Eisner had, in stages, reclaimed the Spirit strip that bore his credit, and very early into 1947 he ceased providing layouts for John Spranger. He started pencilling, and thus assumed full control again, a situation that would continue to mid-1949, give or take the very occasional artistic fill-in.

Eisner’s distinctive stamp was already present both in his layouts, and via the inking process during which he corrected and modified, so there’s initially no great change in the look of the Spirit. As can be seen in the stories to late June 1947 collected here, though, there’s a progressive looseness and lightness to his work, and the dense shadows, and play with light and shade so associated with the strip are temporarily sidelined.

Of the new characters introduced in this volume it’s Silken Floss who’d eventually have the greatest impact by virtue of her role in the 2012 Spirit film. Her fearsome intelligence and her opaque bespectacled allure differed her considerably from the other women attracted to the Spirit, so it’s puzzling that she was only sparingly used during the course of Eisner’s 1940s run. Two of her four appearances are within this volume, displaying skills as a surgeon and a physicist, and also tricking the Spirit into marrying her. It didn’t last.

As far as femme fatales go, this collection is rather short of others, with only the unlikely stories of P’Gell running a girls school standing out. These, though, are flawed by the full-on presence of the precocious teenage Saree. Either time has dimmed her appeal or she was a rare misjudgement on Eisner’s part, being an irritant not the charmer intended. His visual portrayal, though, is stunning, simultaneously coy and manipulative.

Eisner reined in his whimsical side during 1947, instead delivering concentrated doses of tightly plotted crime melodrama, an example being a superb jailbreak story detailing the fates of the escapees. Occasionally, though, the mask slipped. There’s a couple of tremendous playful tales near the end of the volume. The Spirit and Dolan first investigate their missing artist, with much of the story viewed through Eisner’s eyes, and the tropes of the forbidden love are thoroughly throttled in ‘Hangly Hollyer Mansion’. In another the Spirit solves the case via clues provided from Ebony as he tours the globe.

Presumably due to time constraints Eisner’s likewise restrained with the page construction. While most strips are in themselves masterclasses in storytelling, he refrains from innovative design elements outwith his splash pages, and even those are largely subdued. An exception is the stage set cutaway displaying all floors of P’Gell’s school simultaneously.

The first half of the book is good stuff, but around halfway through the volume a gradual step-up occurs and by the material from June 1947 it hits what historian Dave Scheiner refers to as “a home run barrage”. That continues in volume 15, which fully dives into the Spirit’s golden era.