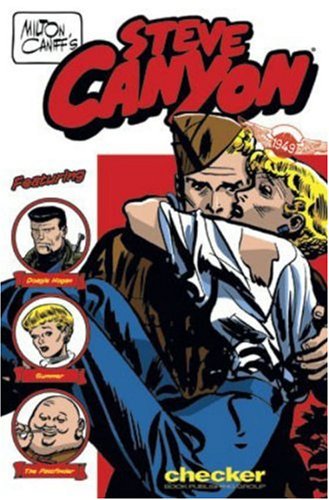 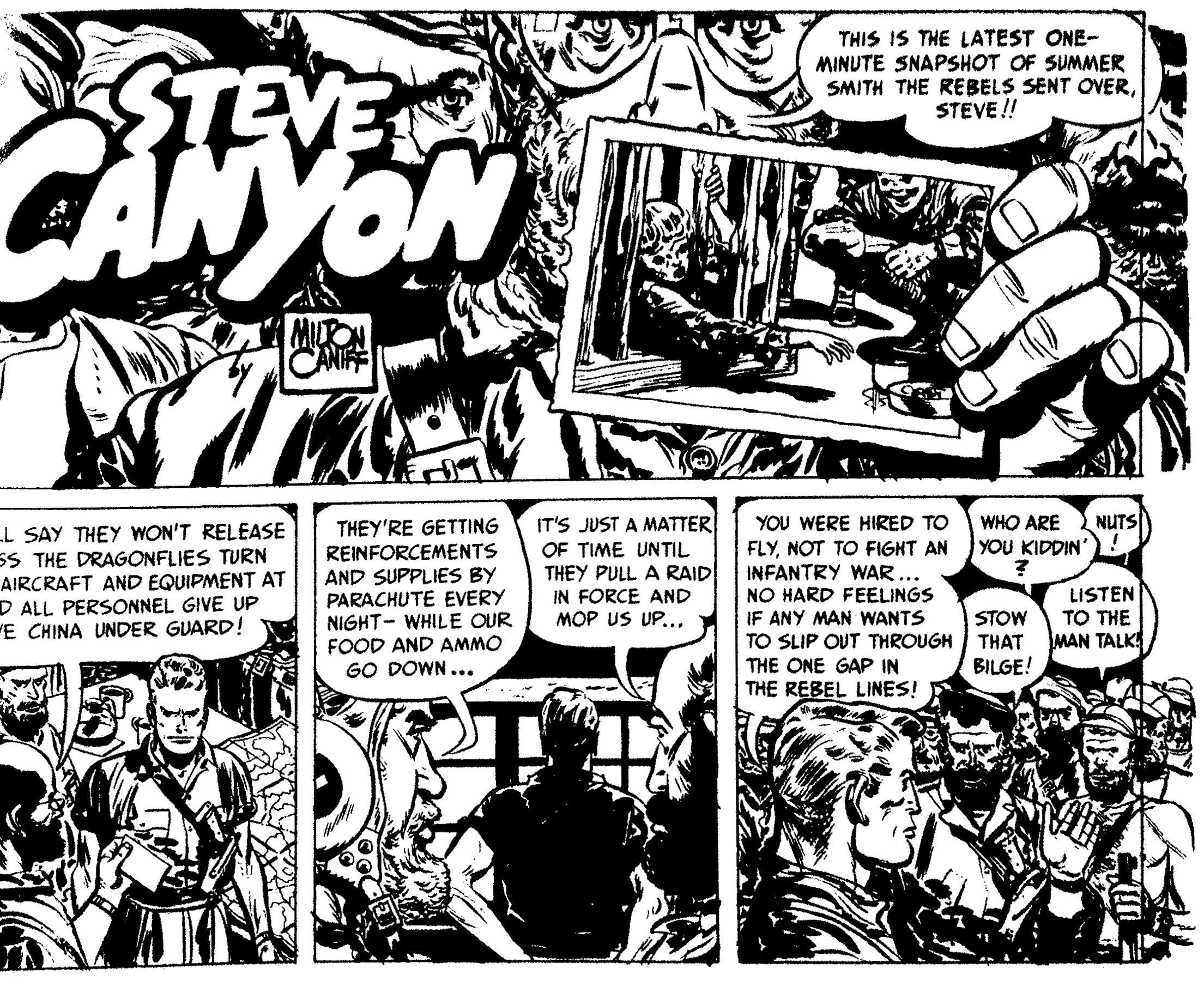 ‘Operation Snowflower’ mostly revolves around Reed Kimberley, the young sidekick of Steve Canyon, who finds himself the go-between for a mountain princess and his boss, Copper Calhoun of the Calhoun Mineral Company, in a standoff between rebels and the ruling class of the country of Damma. The story continues into chapter two, ‘Dragonflies’, where a new subplot is added with the arrival of Romulus Brandywine, a rich author on a tour of asia with his assistant Summer Smith, who after slapping Steve Canyon’s face the first time she meets him, naturally turns into another potential love interest. Between some scraps with rebels, some flying sequences and gunfire dotted with plenty of snappy dialogue it’s all very classic adventure serial material.

There’s plenty of patriotism when the action turns into war and we find out what dragonflies really are, continuing into the third chapter ‘Teammates’, where a new pilot joins the fray, a woman with the colourful name of Doe Redwood. Caniff is a brilliant plotter and his stories are packed with incident, the revolving cast of characters are amusing and although they are somewhat interchangeable they play their parts well amidst the exotic locales. There is always a twist after another twist to keep you wondering what will happen next. The caveman sexual politics and racial stereotypes date this material, but Caniff’s Steve Canyon strips are very much the output of a total master of the comics medium.

At a convenient size and with a year’s worth of strips in each volume these collections offer excellent value for money if you just want to read the stories, but the compromises in the format do have an effect on your appreciation of Caniff’s formidable artwork. The page layout intersperses the daily strips with the sundays, which means the Sunday strips are mostly split over two pages rather than being shown on a single page as they would have originally appeared. They don’t suffer too badly from being split up or shown without colour, but they do lose a lot visually in being shrunken to fit the small pages of these volumes, as Caniff Sundays were more imaginatively constructed to utilise the greater space available.