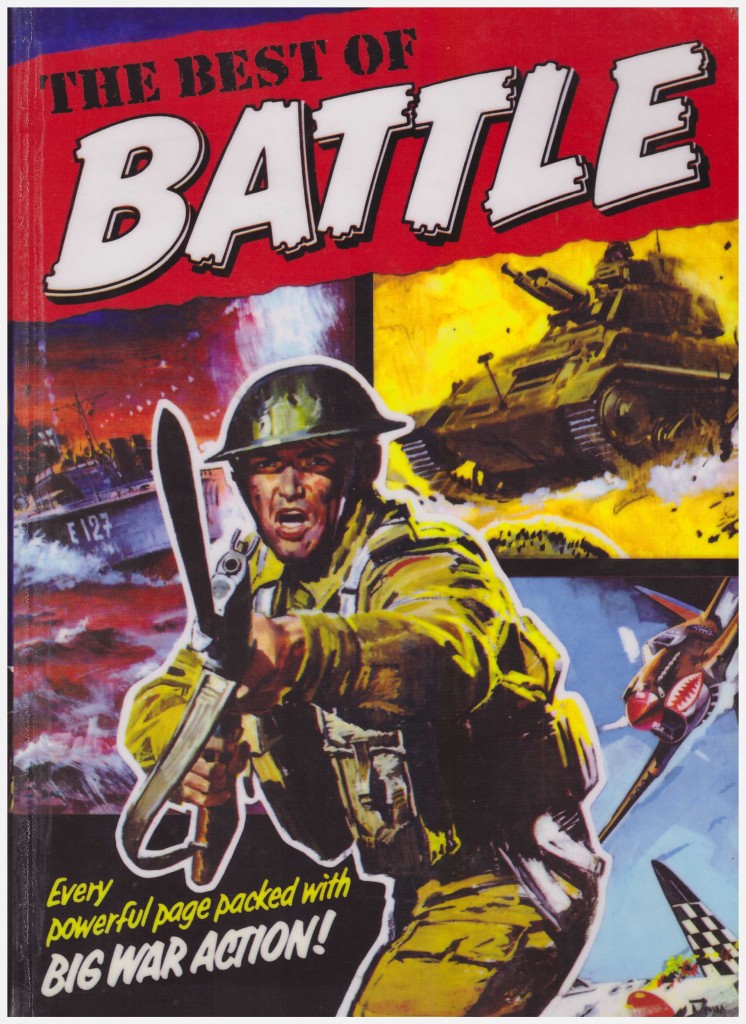 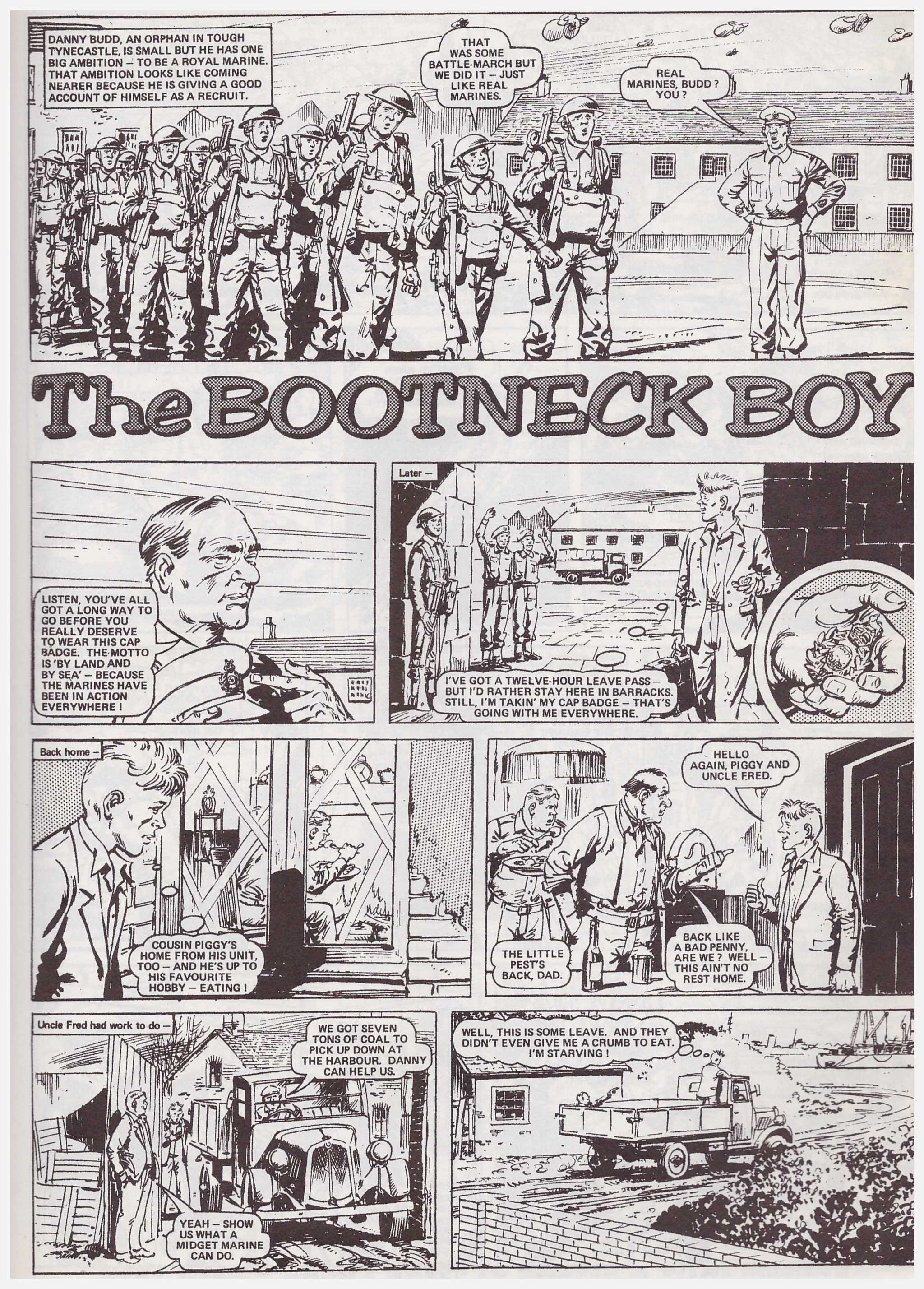 The 1970s British war anthology comic Battle, was constructed by Pat Mills and John Wagner, and featured many of the creators who’d work for the even more influential 2000AD by the end of the decade.

Mills’ starting point was to inject a modicum of realism into British war comics, at that point still very much purveying the same attitudes of the previous twenty years. Based on the selection of material here, he didn’t entirely succeed, but his triumph came with the introduction of distinctive characters from the surrealy competent Major Eazy to the bizarrely silent Joe Two Beans.

The editorial choice has been to reprint opening episodes, so features that later become far stronger sink or swim with those that never really improved. The two standout strips, even at this early stage are ‘Charley’s War‘ and ‘Darkie’s Mob‘, and it’s not a coincidence that they’re written by Mills and Wagner respectively. Somewhat more coincidental is that both begin with an epistolary form of narrative, Charley’s letters home and the diaries of Richard ‘Shorty’ Shortland setting the scene. Along with the exploits of Johnny Red and Major Eazy their material is collected in separate editions, and primarily dealt with there.

Most stories ran in three page segments, four at most, and it’s astounding to see how many panels the artists pack in to deliver as much story as possible. Nine or ten to a page is far from uncommon, and the level of detail from artists such as Joe Colquhoun and Mike Western is astonishing. There’s very little poor storytelling on display, and on the basis of what’s reprinted here Ian McDonald’s work has slipped beneath the radar of discerning art fans, and Pat Wright also has an appealing style. Equally, writer Gerry Finley-Day, with territorial army experience, produced far better work for Battle than he would for science-fiction based 2000AD.

Battle also set a precedent via ditching the British empire sensibilities and presenting stories about German heroes, trailed in the broader based adventure comic Action, with ‘Hellman of Hammer Force’. He transferred to Battle when the comics merged. In the context of war stories, political ideology could be minimised to show ordinary men in desperate situations, so we have assorted strips with German leads during World War II, largely disgraced men fighting to restore reputations. In the case of paratrooper Paul Fallman (little joke there), it’s his family’s name at stake, and Alan Hebden’s ‘The General Dies at Dawn’ takes the novel approach of each chapter moving a further hour toward General Von Margen’s date with a firing squad. ‘Johnny Red’ tinkers with that formula as a disgraced British fighter pilot joins a Russian brigade.

For all the small progressive steps in the 1970s, this is no Maus. The Best of Battle concentrates on the earliest days of all strips presented, and there’s little evidence of the groundbreaking material occurring as strips such as ‘Charley’s War‘ progressed (although Colquhoun’s art stuns from the start). The inspiration for many strips is obvious, even if not revealed in brief editorial notes accompanying the selections, and for all the novelty, this content was intended to thrill young boys. It achieves that well in some cases, but never transcends the brief. On the other hand, given the cheap prices at which second hand copies can be obtained, for many this can be a couple of nostalgic hours re-immersed in their childhood.

Garth Ennis has since curated two companion volumes of Battle Classics, running two complete serialised stories in each, the first featuring ‘The General Dies at Dawn’.