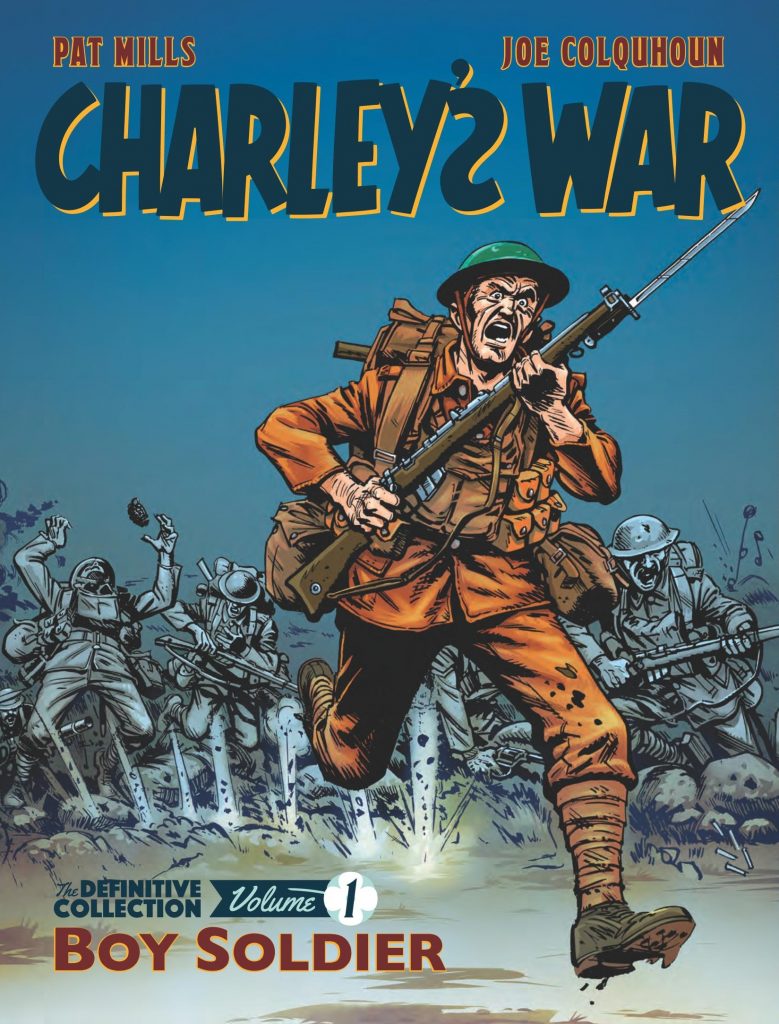 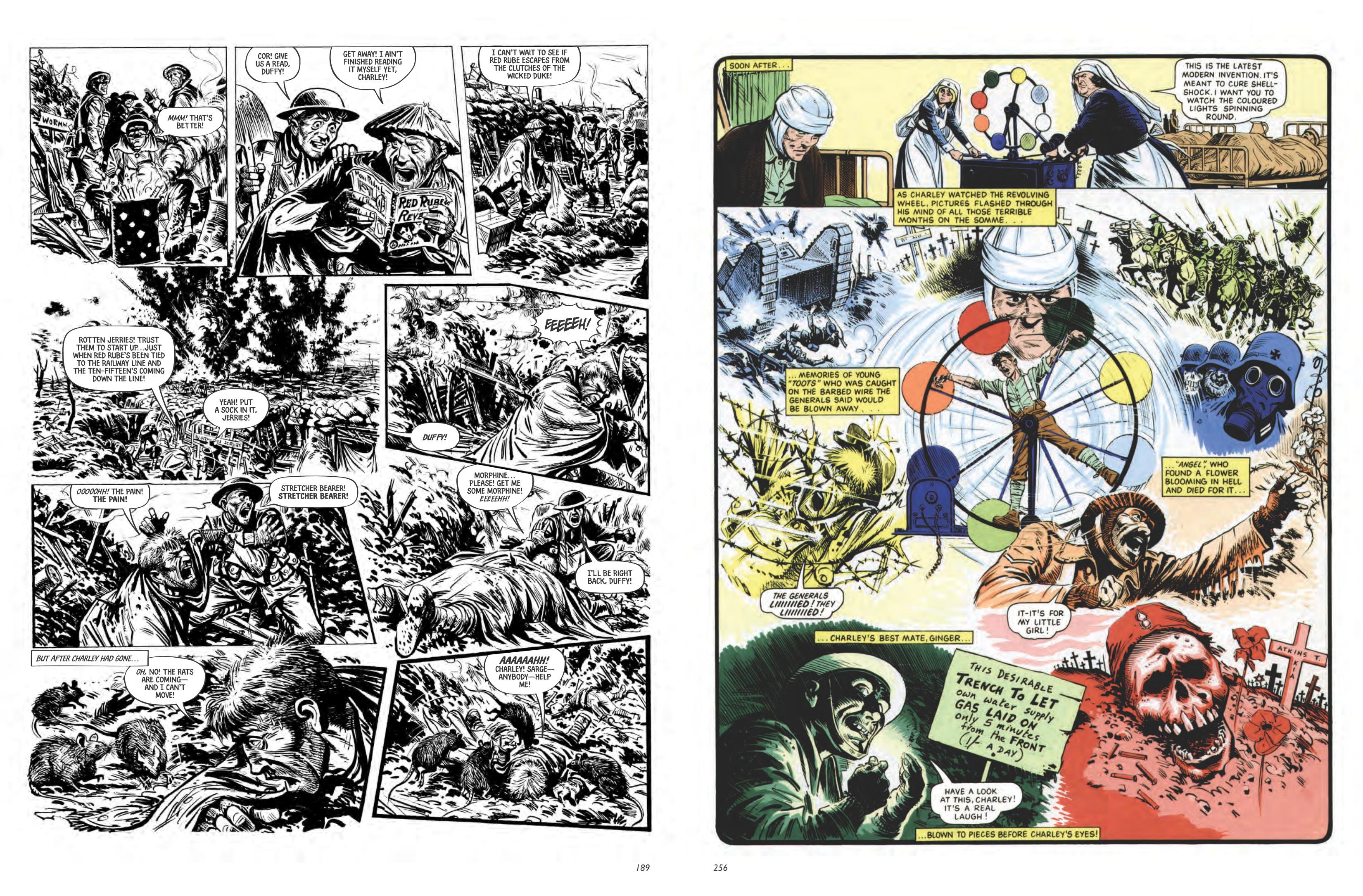 Whether Charley’s War is the best ever continuing English language war strip is eventually a matter of subjectivity, but there’s a very strong case to be made. There can be no argument about it being the best British war series. Pat Mills and Joe Colquhoun produced eight years of immaculately researched and detail packed strips presenting the horrors of World War I through the eyes of sixteen year old volunteer Charley Bourne.

In story terms this is very slightly the weakest of the three new volumes because Mills took a while to find his tone and voice. Colquhoun hit the ground running, his character rich, busy and meticulously composed pages superb from the beginning. Those qualities are sometimes neglected as his passion for detail can overwhelm other appreciation. The first page of Charley’s War is an indication of the work ethic he applied throughout, set in a bus garage where Colquhoun illustrates a vintage bus with detail comparable to the actual restored version now seen in the Imperial War Museum.

He’s a little hard on himself, but in his accompanying notes Mills confesses that it took him a while to reject entirely the traditional gung-ho triumphalism of war stories for British boys’ comics, yet his background preparation laid the foundations for greatness. His over-riding priority was to present World War I as realistically seen by the ordinary man in the trenches, not the officers or the war poets. Charley is a good-hearted, loyal and brave working class lad. Immense heroism is displayed, but it’s natural in reacting to circumstance rather than the contrived nature of cinema versions. Another inspired touch from the start was the way into many stories being the postcards the largely uneducated Charley sent home to his parents. Not wanting to upset his mother, these are understated descriptions of horrific events in everyday language. Early episodes see Charley making friends and coping with a terrifying new environment, astute personality-defining comedic touches splicing the combat.

Mills instituted a timeline from the start, and it’s with the first Somme battle that absolute realism becomes the storytelling priority. Moreso than the Germans, we’re left in no doubt who Mills holds responsible for tens of thousands of senselessly sacrificed lives, his characterisation of an upper class establishment and its complicit military hierarchy scathing. For all that, he never forgets that the priority was producing exciting episodes for young boys, and there’s a good story within each three page episode.

In recent memory the entirety of Charley’s World War I service has been published in uniform hardcover editions with accompanying background articles, and annotations from Mills, so why would you want these new editions? Because they’re better is the short answer. Steve White’s articles on aspects of World War I are absent, but the art reproduction is immensely improved. Titan didn’t have access to the original art, and did the best they could with the material available, but in some cases the results were so muddy apologies were provided in the books, although this difficulty diminished as the ten volumes continued. Also of note is that colour has been restored to pages originally serialised in that way. It is primitive, and a case could be made that for the art actually looking better in black and white, but these pages especially suffered from poor reproduction in previous editions. Furthermore, all remaining machine-lettered pages have had the lettering replaced for a uniform look. It’s a small touch, but signifies the overall care of the restoration.

Brothers in Arms is the next selection.