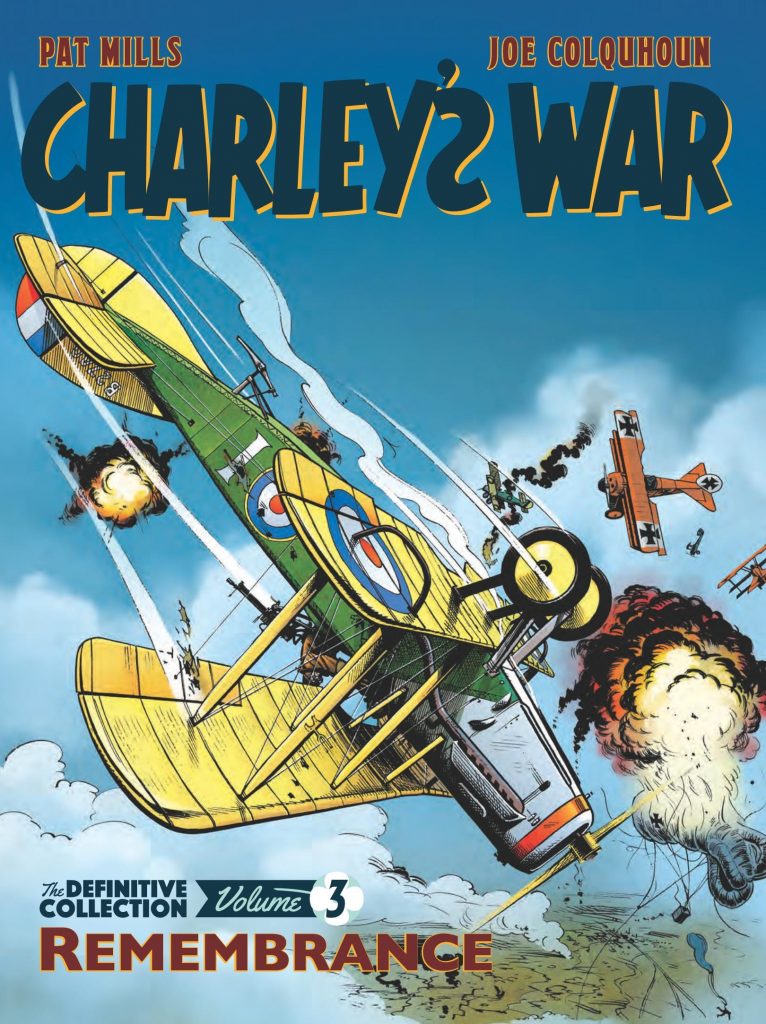 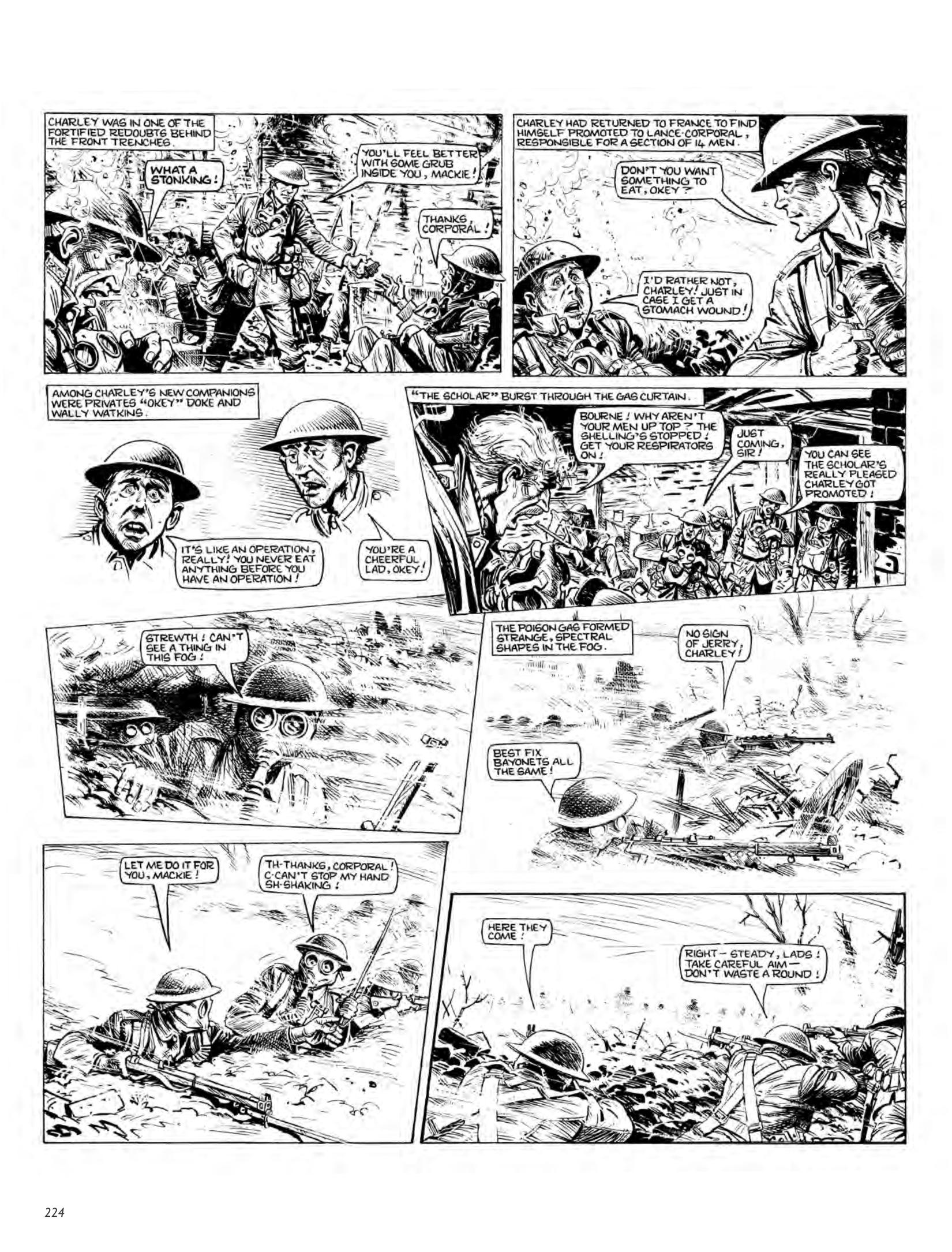 Right from the start of Charley’s War Pat Mills dated each episode of this World War I series. While some flashback sequences occurred, there’s been a progression from 1915, and this selection opens with Charley Bourne as a stretcher bearer in the carnage of Passchendaele in October 1917. That includes a rare flash forward to the future as one of the people Charley saved returns to the area in 1982. From there Charley becomes a sniper’s assistant, and Mills takes a look at early aerial warfare, after which the events come at a hectic pace. Mills spreads his net wider, and as realism was always a priority, Charley couldn’t possibly have been involved in every significant aspect of World War I, so the tragic complacency of Gallipoli for instance, is covered in three pages. We also have Charley court-martialed and captured by the Germans.

Something almost unheard of in British serialised strips was the title character being sidelined for extended periods, yet that happens in Charley’s War, and frequently. Mills extrapolates around the known facts of Adolf Hitler’s World War I experiences (he won the first class Iron Cross for bravery), and a long sequence follows Charley’s younger brother Wilf in the Flying Corps. Mills highlights the jealousies and class conflicts among men whose life expectancy was marked in weeks rather than years, with their kill totals being their legacies. In keeping with the remainder of the strip, Mills resolutely dismantles any idea of romantic heroism from codes of honour. The Hitler material is also an astonishing leap for the conservative 1980s, and Mills’ speculation of his relationships with his comrades has been confirmed by more recently discovered correspondence.

Boy Soldier and Brothers in Arms were both better buys than the previous editions due to Titan not having access to Joe Colquhoun’s original artwork, but that didn’t blight their collections of what’s printed here, Hitler’s Youth, Death From Above and The End. Colquhoun’s dedication and illustrative density is remarkable. His pages again and again feature memorable single images, and he never defines personalities in the form of cinematic heroism. The sample page is standard for the strip, and is lost among so many other great pages in the book, but in isolation it’s fantastic, delivering character, the packed trenches, and warfare in gas attacks, the last sequence evocatively smudged and scraped for greatest impact.

Mills brought so many innovations to Charley’s War, and the final sequence characterises that as Charley signs up to continue fighting in Russia. Today it’s little known that British troops moved from the Flemish trenches to prevent the entrenchment of Communism, and Mills presents the historical facts with the same gusto as he had World War I.

This is a great collection of stories, but does have the occasional lapse into melodrama. Mills never forgets his target audience isn’t comic critics dribbling over the work in the future, but seven to twelve year old boys. Throughout the strip Charley’s been bedevilled by the outrageously callous Captain Snell, and their final reckoning is more traditional for the era. It’s a minor concession among more than three hundred magnificent pages, ending with Mills’ afterword summing up his intentions and hoping Charley’s War inspires similar work