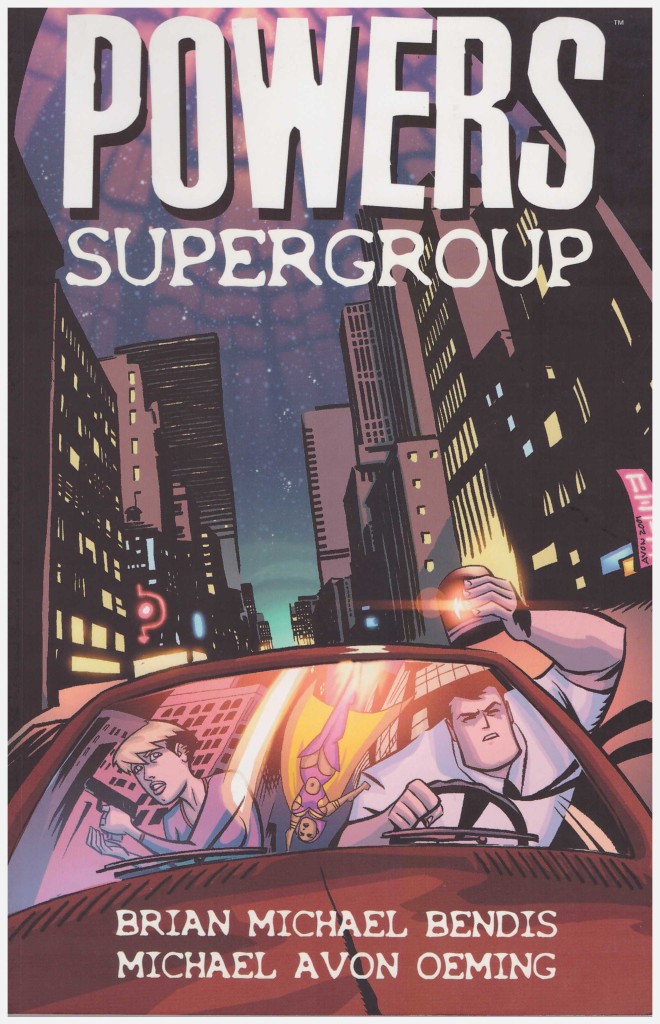 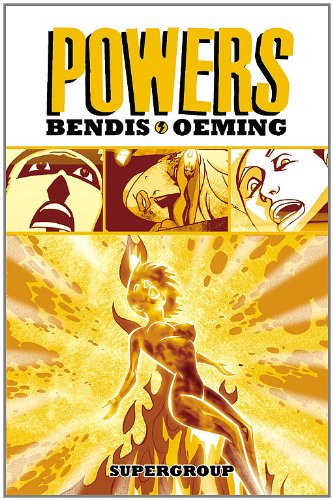 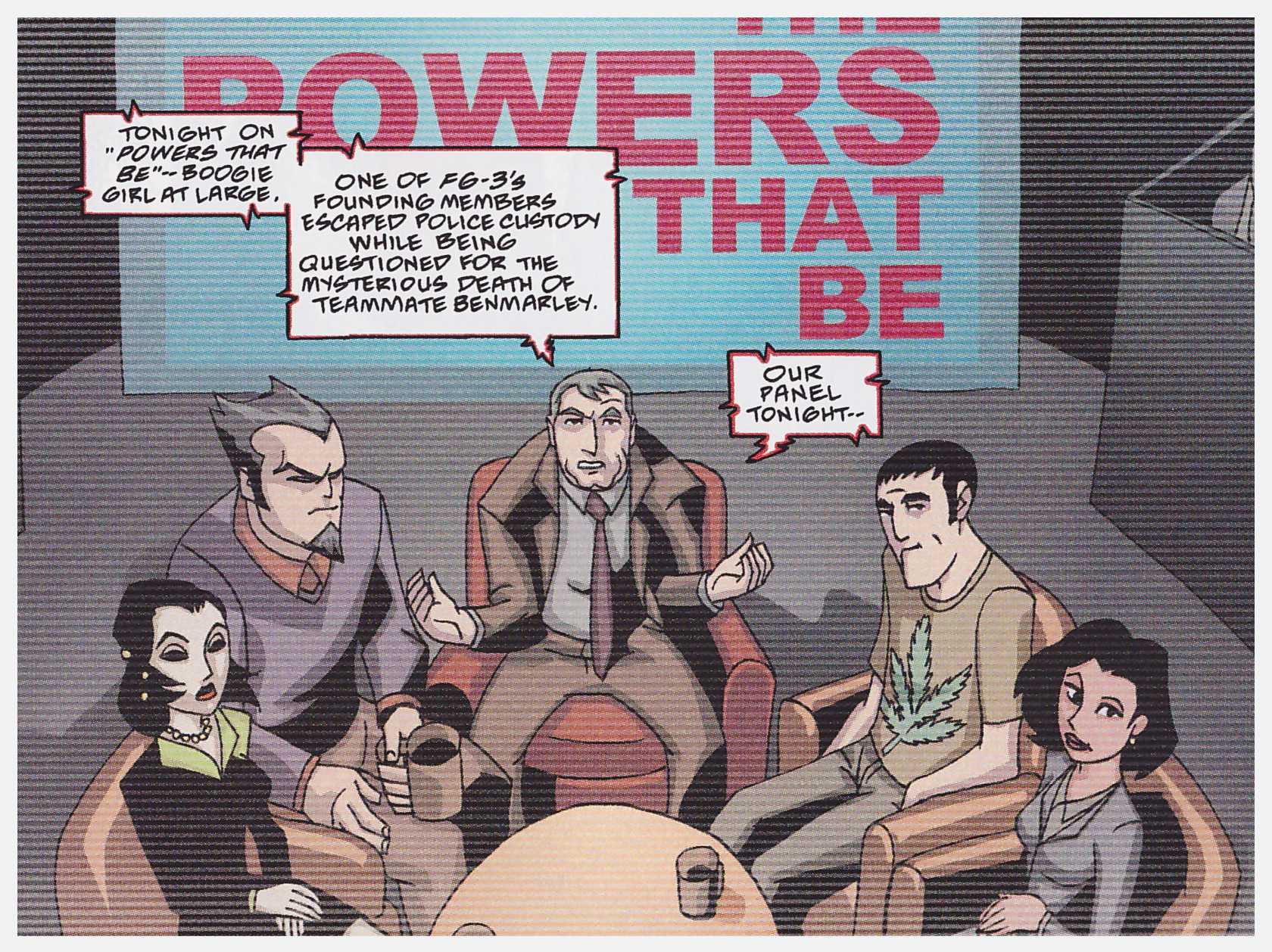 After the comparative disappointment of Little Deaths featuring much non-story material, Supergroup is a return to expectation and form.

The titular supergroup is FG-3, a trio with their own palatial midtown headquarters and known to have public disagreements. After one member executes a villain the team splits, and sinks into pronouncement and counter-pronouncement via the media. Isolated team member Wazz – possibly a term not used in the US as in the UK –  is the obvious suspect when his former colleague Ben Marley is murdered in particularly horrific fashion. He has a convincing alibi, though, that of conducting an interview live on television as the crime occurred. Detectives Walker and Pilgrim begin questioning the one accessible team member, at which point it all goes rather pear-shaped.

Until this point Walker and Pilgrim have pretty well been cocks of the roost, but when the FBI take an interest they’re frozen out, and on the receiving end of the arrogant attitude Pilgrim customarily spreads herself. It doesn’t sit well.

One of many excellent pieces of writing on Bendis’ part, not just here, but throughout Powers as a whole, is how he’ll slip something by the reader, then later slap them round the face with it. He pulls that trick here to brilliant effect with regard to events of the first volume. That Walker. He’s a quiet one, but when it comes down to it he’s a cop with an instinct. Something else at which Bendis is very adept is pulling the rug out from under the status quo. Long-running series generally settle into a formula, as Stan Lee once phrased it “the illusion of change”, yet the next volume, Anarchy, picks up in a very different place for the cast.

Bendis appears to have based FG-3 on the Fugees, and there’s more than a little about this story that has parallels with the murky world of exploitation and manipulation associated with manufactured pop groups. He’s taken that association and dropped it into even darker waters.

As ever, Michael Avon Oeming supplies some fantastic cartooning, although the art’s occasionally problematical when it’s not initially obvious that the page is to be read across the spread rather than down.