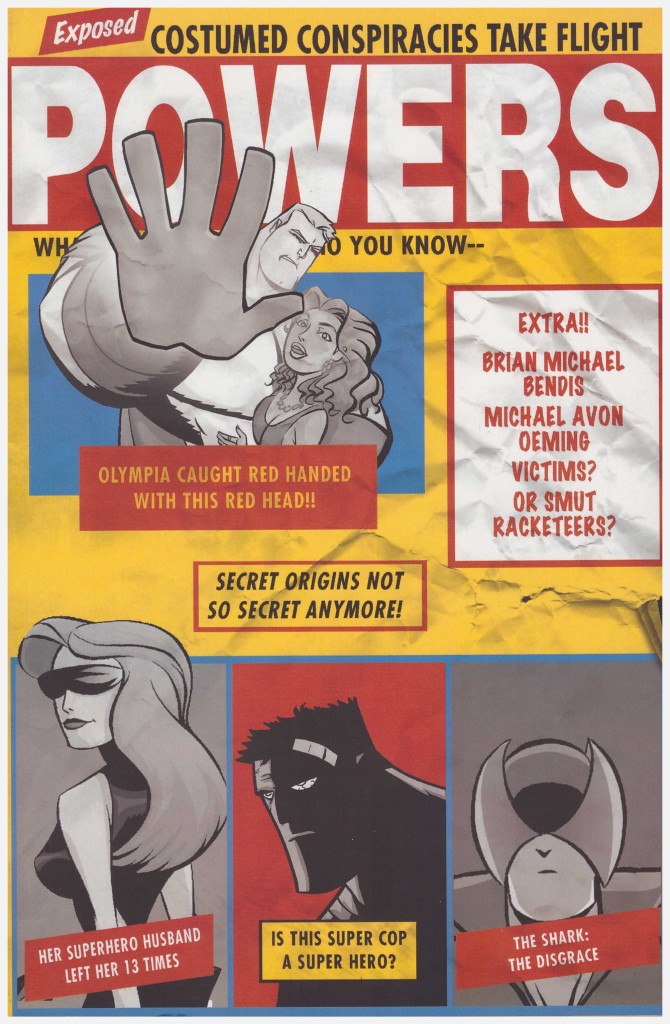 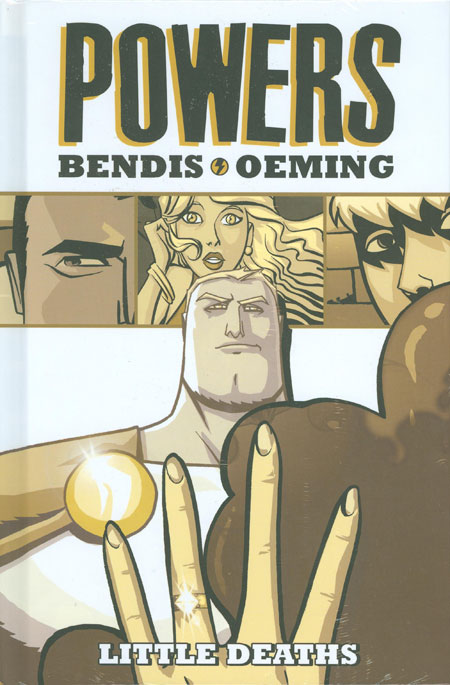 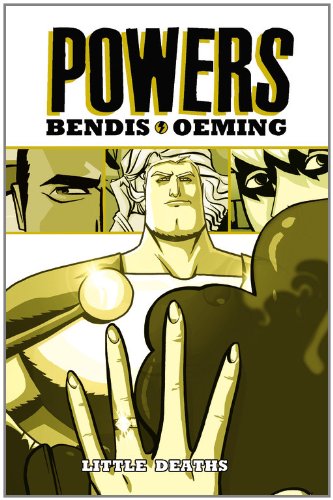 The innovation that writer Brian Michael Bendis and artist Michael Avon Oeming bring to their storytelling has already been evident in Who Killed Retro Girl? and Roleplay. That really slips into high gear here in a story arc titled ‘Groupies’. Just as in the real world the rich, powerful and famous attract sexual favours, so it is with superheroes, and plenty are keen to take advantage.

One of them is Olympia, with an otherwise spotless reputation as a major league hero, who turns up dead in a shabby apartment he maintains for purposes of sex. He has a lot of it, so giving the collection its title. His story is revealed over three chapters, one of them designed as a faux celebrity gossip magazine complete with fake ads and captioned illustrations of characters who’ll feature later in the series. It’s a fascinating innovation, and ‘Groupies’ is well up to the established standard for Powers.

There’s been a playful nature about the series from the start. Bendis and Oeming have involved the characters donated by their creative friends, and name-dropped those friends in passing through the scripts. A later chapter takes the joke one step further by having British writer Warren Ellis drop by, and adds a poke at his trade by increasing even Bendis’ extensive word count for Ellis’ character.

That may seem a little indulgent to some, but it works in a tale that shifts gears from funny to terrifying. Unfortunately, the book then takes a giant step into whimsy and indulgence. It presents the entire colouring and activity book that might be handed out to kids visiting a police station, a story written entirely as a court transcript (or, as it’s known in the trade, not drawn), an interview with Bendis, and his first ever collaboration with Oeming.

The way the Powers story arcs break down, it’s understandable that the four main story chapters weren’t included in the following Supergroup, but they’d have bulked the slim Roleplay very nicely. Around a third of the book is inessential material, which makes this a premium priced product for the four and half chapters of story.