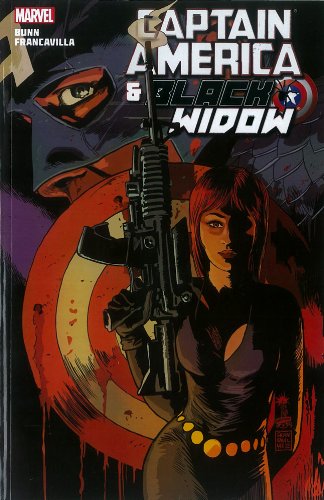 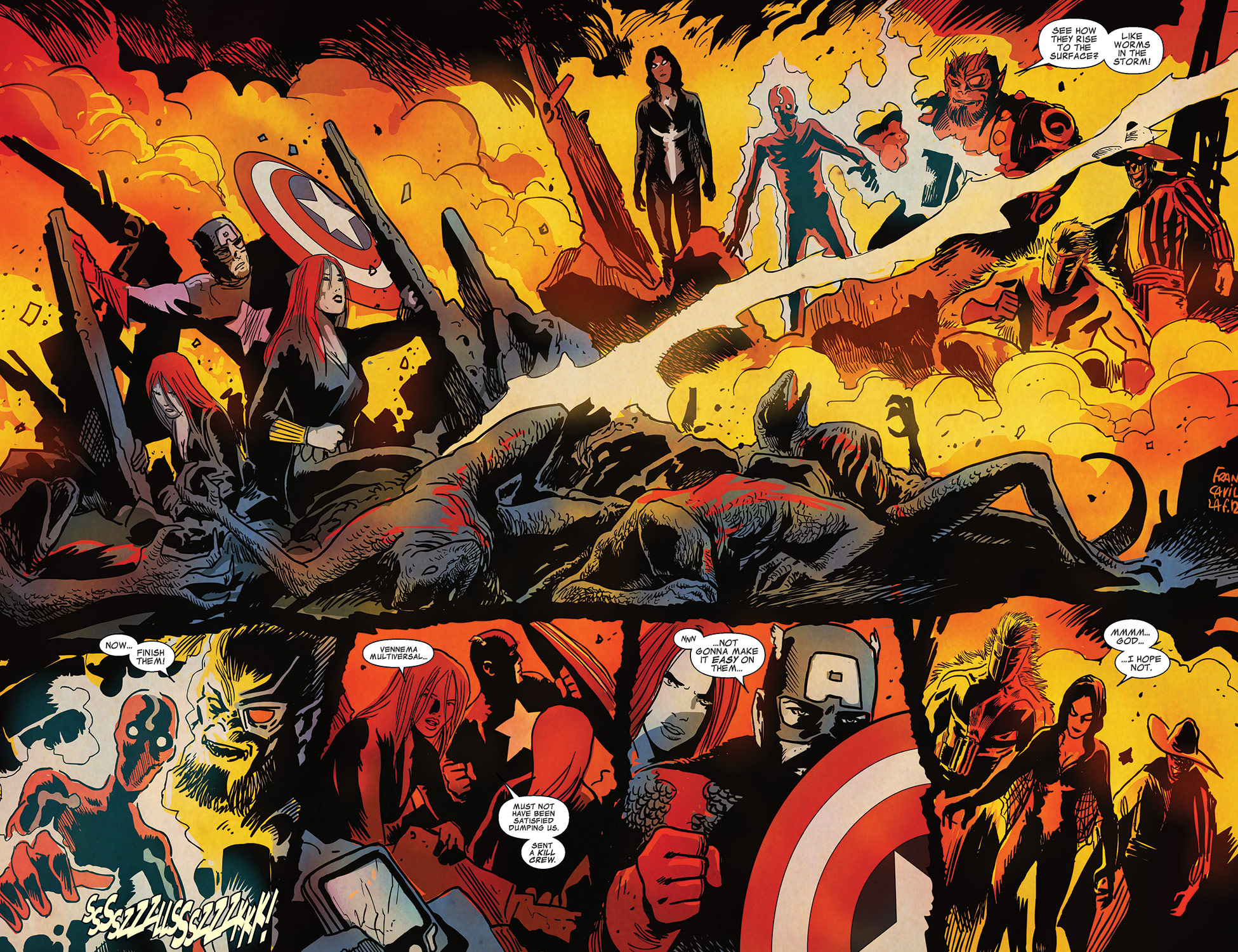 The opening chapter has Captain America frustrated at why it is that the Vennema he arrested somehow differs from the woman he and Hawkeye previously met. This is despite DNA tests proving she is who she says, and telepaths unable to prove otherwise. The breakthrough, though, comes not from threats, but conciliation. From there the Black Widow becomes involved, but not in an expected manner. As the truth about Vennema is revealed, Cap and the Black Widow find themselves somewhere alien and hostile with an unexpected ally.

The art for this segment is the best of the loosely linked series. Francesco Francavilla not only pencils and inks, but colours his art, and his choice of a limited palette featuring vivid red highlights is extremely effective. At least once per chapter he supplies a double page spread bleeding his panels into each other, and they’re very good indeed. Check the effort he puts into a compressed spread where Captain America and the Black Widow encounter a variety of threats in quick succession midway through the book.

Much of the early narrative captions feature Vennema, and offer a clue as to who she is before that is aired. Without revealing too much, from there the story leaps to a place where much is familiar, but trusting that it’ll be what it appears could be fatal. Particularly with regard to the Black Widow. Those encountered there have been provided with a novel method of survival.

When Cullen Bunn began his extended story it wasn’t particularly promising, nor, indeed, was it apparent that this was an extended story. Here he takes another jump into the unexpected, then does it again. It’s all very entertaining and looks fantastic.