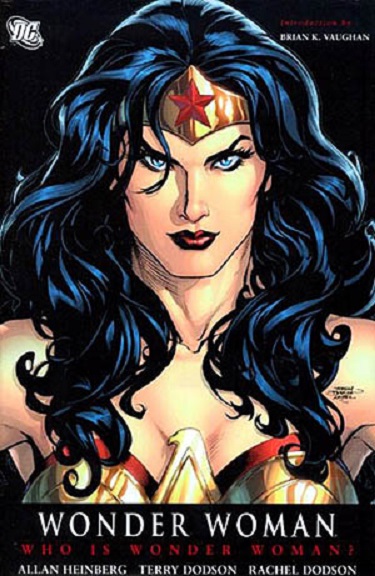 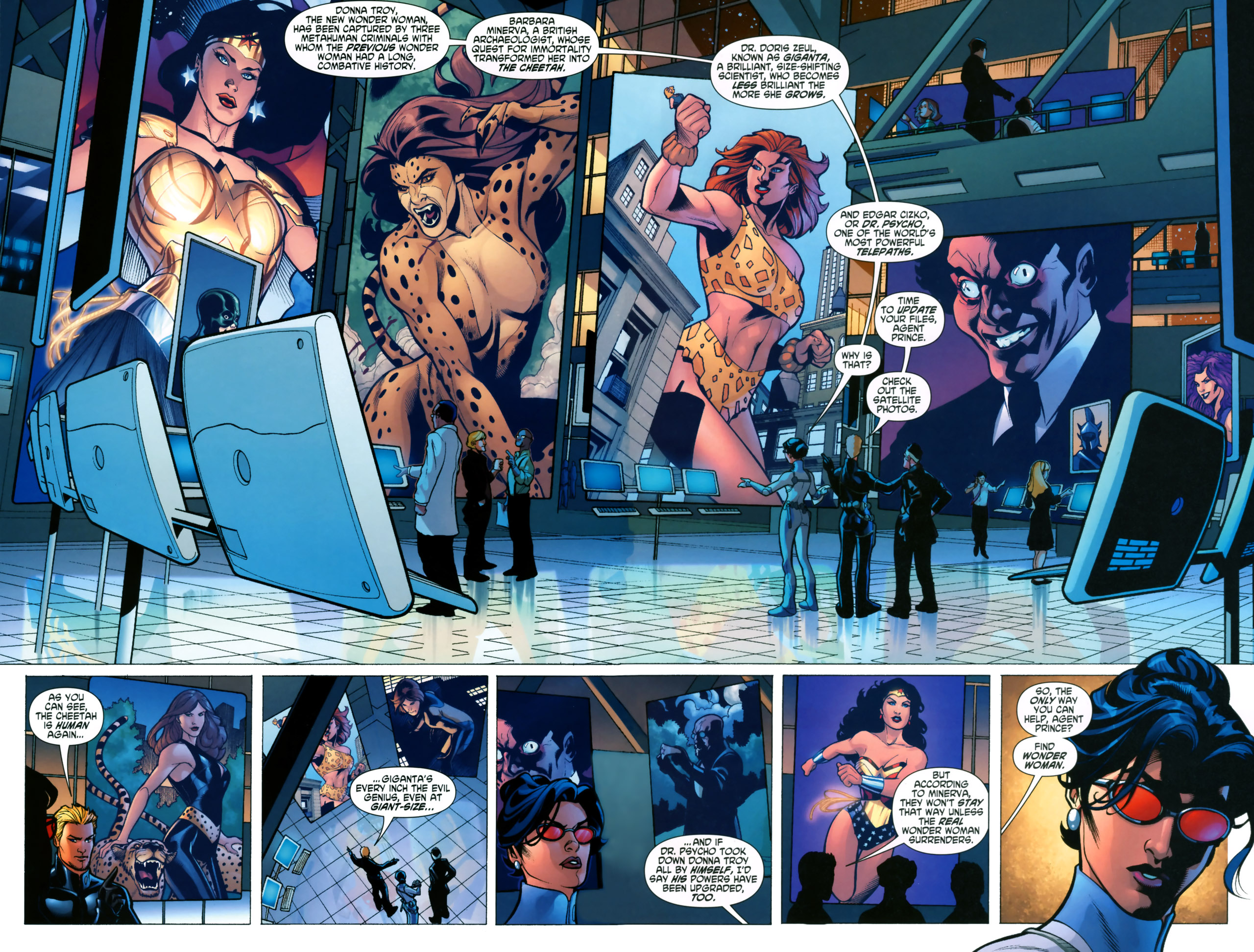 Retconning is something of a two-part process. First there’s the re-telling of a character’s origin story, and then there’s the scramble to make the subsequent dust settle as entertainingly as possible. Sometimes it works.

Alan Heinberg, Terry Dodson and Rachel Dodson certainly made it work with their revised Wonder Woman, giving readers perhaps the best take on the character since the late 1980s. Heinberg’s script nimbly allows new readers, or those who hadn’t glanced at the character in years, to understand the storyline immediately.

Terry Dodson’s pencils have cut an impressively wide swathe through DC, and his work on Who Is Wonder Woman? only served to cement his reputation. Being a story involving Wonder Woman there is, of course, a great deal of unavoidable cleavage, but his talent definitely shines through when dealing with expressions. Never before has Diana Prince looked more enigmatic at times (the glasses providing an excellent touch) or, at times, more introspective. And when his characters leap into sheer action they wear the heat of honest battle on their faces.

Who Is Wonder Woman follows the character through the new DC milieu. Diana Prince is in hiding after the events from Infinite Crisis, and the Wonder Woman franchise is now being handled by an older Donna Troy. Even she has problems when faced with Dr. Psycho, Cheetah and Giganta, and so Diana Prince makes her return. This is not as Wonder Woman, but as an agent in the new Department of Metahuman Affairs; perhaps the most dynamic use of the Diana Prince character since the Robert Kanigher days, where she is working under the command of Nemesis.

Donna’s failure against the Dr. Psycho team eventually goads Diana to once again re-assume the Wonder Woman mantle, but she is stopped by none other than Hercules, which is the opening shot of a great deal of soul-searching (as well as nicely rendered action). Diana struggles against not only a wide variety of opponents, but also with the age-old question of who she truly is. To Heinberg’s credit, it is often the introspective sections that are the most interesting, including some nice conversations with the Batman. By the conclusion Diana is still somewhat uncertain as to who she is, but at least she has a clear path to follow.