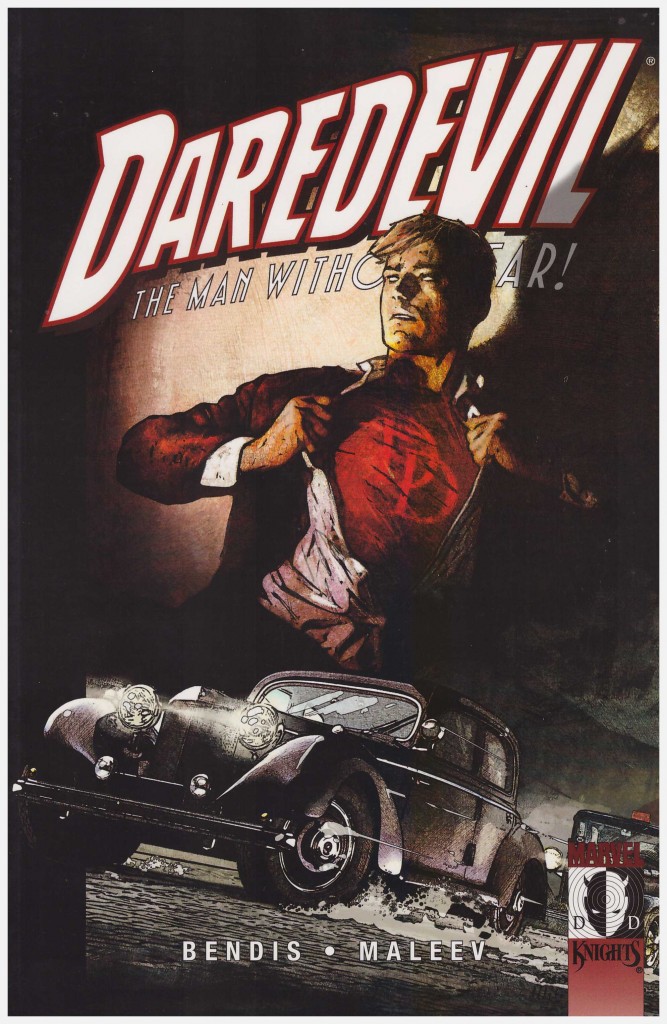 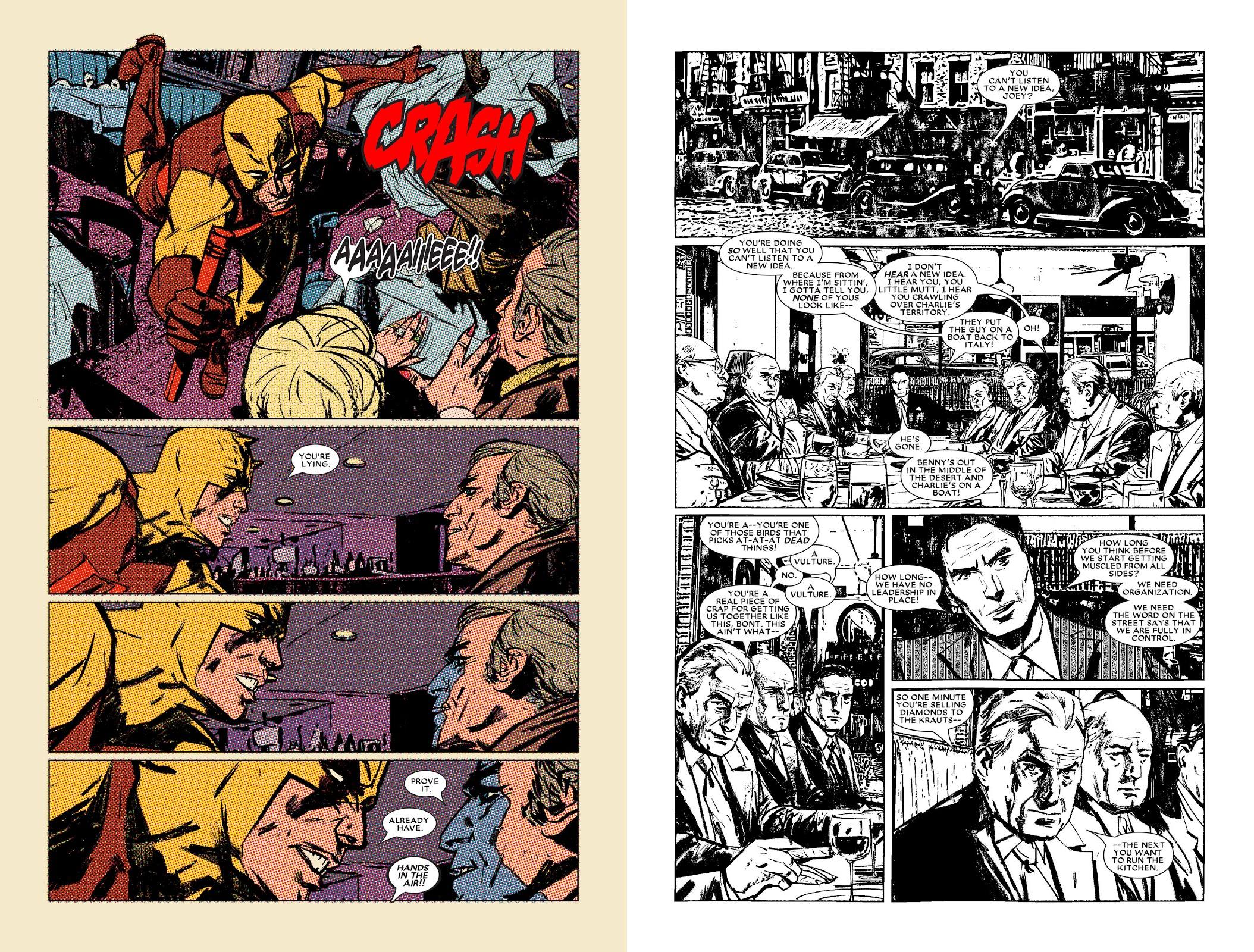 In the days before the Kingpin ruled New York’s underworld it was controlled by Alexander Bont, who, it was noted at the end of The Widow, has just been released on parole. As might be expected, Bont didn’t reach his previous position due to his kindly disposition and forgiving nature, and he’s greatly aggrieved at the revelation that Matt Murdock is Daredevil. This has a personal resonance for him, and the reasons are revealed as the book unfolds.

Much of the associated detail is supplied in the form of flashback sequences. Some are skilfully constructed by artist Alex Maleev as if reprints from 1960s comics, complete with colour dots and Daredevil in his original yellow and red costume. Others, occurring earlier, are in black and white. Maleev also modifies his usual present-day style, adding a more painterly look to the pages. It’s a conscious decision to move beyond the style employed on the series to date, and continues over the final two volumes of the run.

Bont is an interesting character, a 93 year old man consumed by his thirst for vengeance and with the means to acquire it. He begins his career as a thug willing to deal with Nazis, and rapidly makes his name with a single deed. “Hey, some palooka comes into my place wearin’ tights and a hat he better got something more than tights and a hat!” By the early 1960s he’s a Las Vegas style gangster in New York, running his own strip club and restaurant, and with a method of coercing one of Daredevil’s early enemies, the Gladiator. This hold extends to the current day.

Running parallel to all this is the emergence of a new White Tiger. Murdock defended the previous incumbent in a sequence concluding Out, and begins training the new version here.

Golden Age is very much the change of pace, dropping Daredevil right back into crime territory, and it’s resolutely page turning. Bendis continues his experimentation in Decalogue.

There is a minor production glitch that somehow results in the dialogue from the first page of a chapter also being overlaid on the final page. There’s a hint later on, but the correct dialogue explains how Bont coerces the Gladiator to work for him in the present day.

This collection is now out of print, but the content is gathered, with dialogue restored, in volume three of Daredevil by Brian Michael Bendis and Alex Maleev Ultimate Collection.