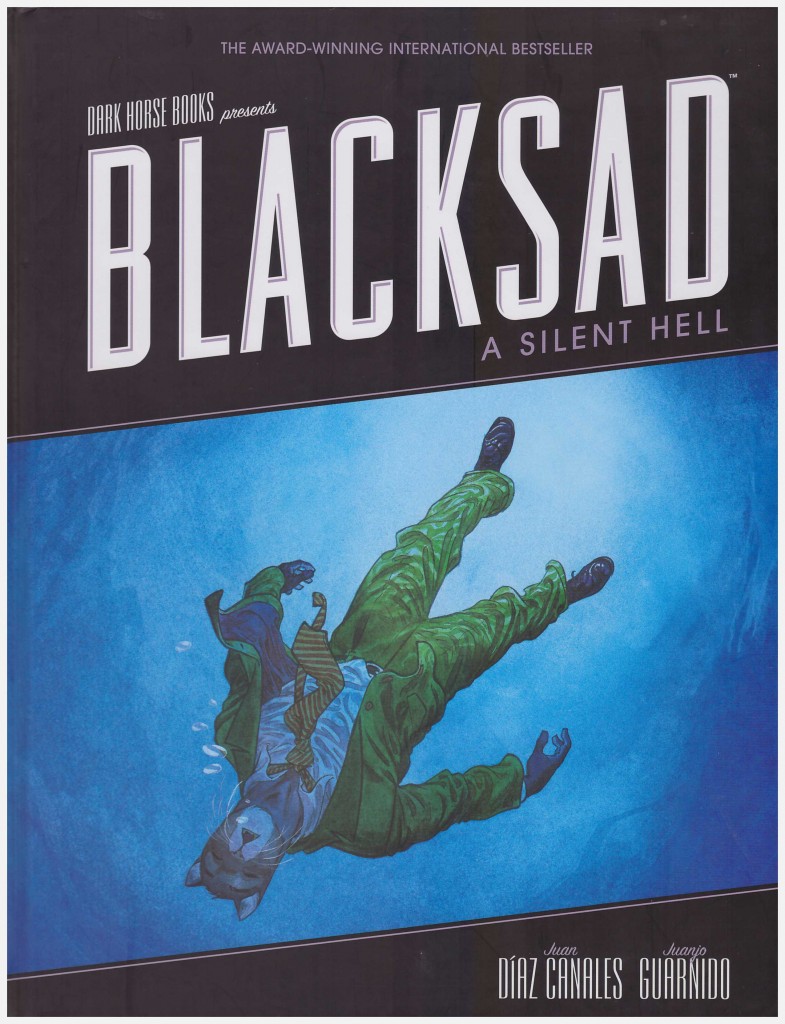 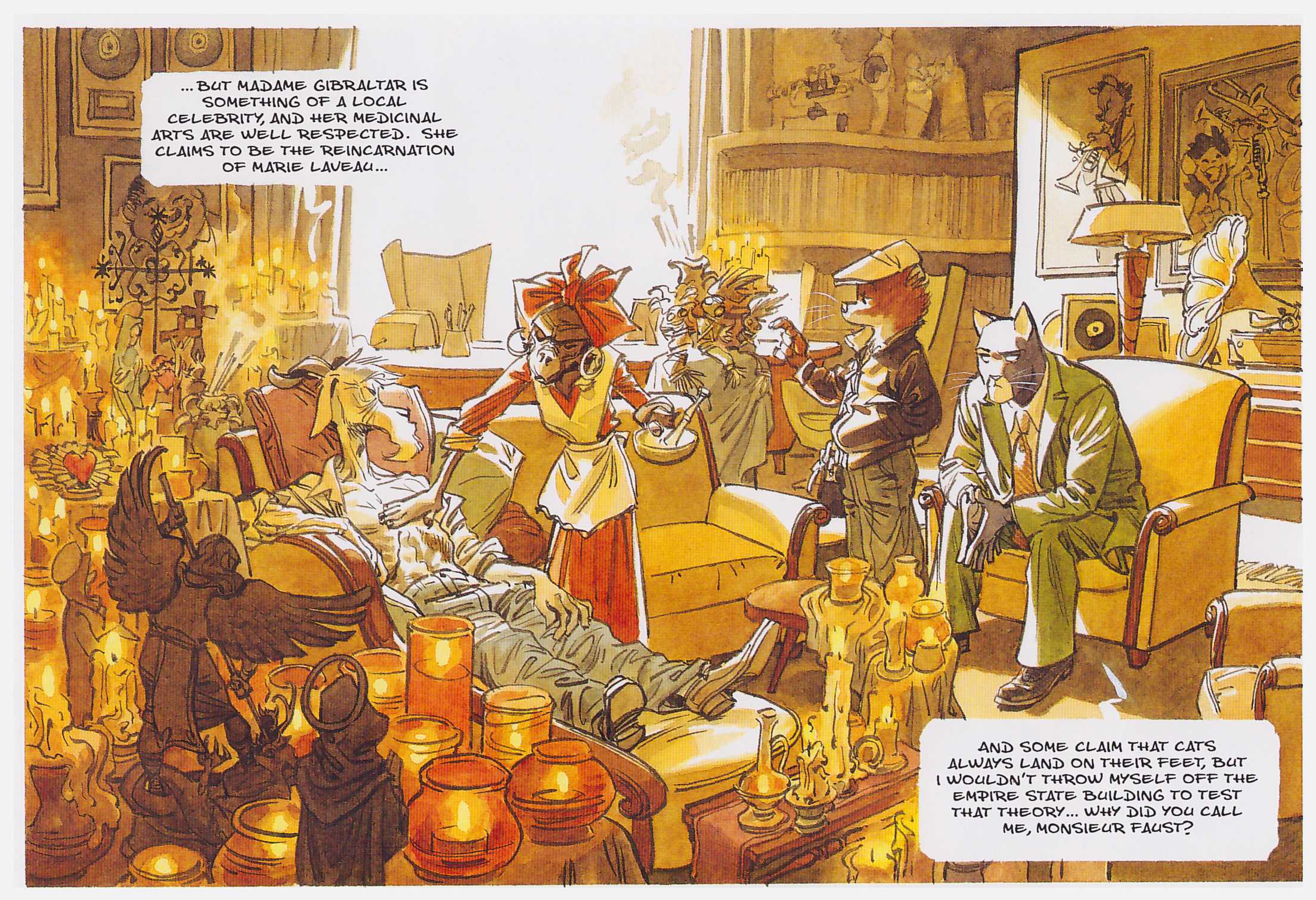 Dark Horse followed their collection of the first three Blacksad stories with this meaty package. It includes not only the stunning fourth Blacksad graphic novel, but also a considerable annotated sketch sequence explaining how the story came together, and two short Blacksad stories that haven’t previously been seen in English.

It’s been the beautiful art of Juanjo Guarnido that’s instantly attracted the eye with the previous stories, and this is his best work yet. Given New Orleans in Mardi Gras season as the setting he delivers page after page of densely populated carnival, or dingy backroom voodoo treatment, or crowded blues clubs. You can almost smell the aromatic candles, the whisky and the cigarette smoke. He expounds at length about his techniques and the inordinately complex selections leading to his eventual colour choices after the main tale. According your interest in such things it may be either unprecedented insight or tedium beyond belief, but there’s no doubting the results. He also delivers with astoundingly well designed characters. There’s the angry hippo throwing his weight around, a splendid ram’s skull mask, and a horse a few steps away from the knackers yard.

Juan Díaz Canales also excels, delivering his most complex mystery yet. He surprises with both where it eventually ends up, and with his storytelling method. The use of colour has always been significant in Blacksad, and here it’s utilised to separate the present of the main narrative, which occurs over a single night, and the past. This is a brave experiment, but initially confusing, with the brighter shades applied to the past not obviously indicating it.

The issue at hand is locating an immensely talented blues pianist with known addiction problems. His wife is about to give birth, and his label manager, the cleverly named Faust, is in poor health. Matters are complicated by his sacked predecessor not appreciating being replaced by Blacksad. The missing Sebastian Fletcher is another superb design, characterised as a boxer dog, the natural jowels accentuating the dissolute life he’s experienced and the pain beyond his years.

The pair of two pagers supply contrast. ‘Like Cats and Dogs’ is a reflective piece that would appear more a practice sample script were it not dated 2003, with Blacksad embodying the clichés of his chosen trade. ‘Spit at the Sky’ is more whimsical, based on the notion that everyone can be allocated into one of three groups depending on the way they spit. It’s a far more powerful strip with a definite point to make.

While the publishers would obviously prefer you began with the first volume, as is traditional with comics, it should be noted that Blacksad in one sense follows the traditions of text based novels. There’s no need to start at the beginning as each book is self-contained, and while there may be a minor element that will raise a knowing smile to those who’ve read the previous work, it’s never anything other than incidental. That is until the next volume, Amarillo, which picks up pretty well at the end of A Silent Hell.