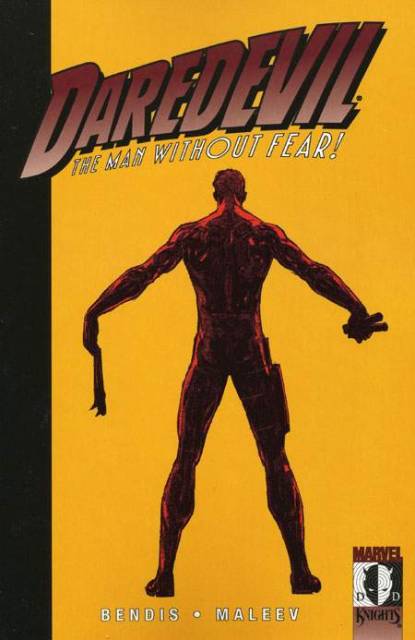 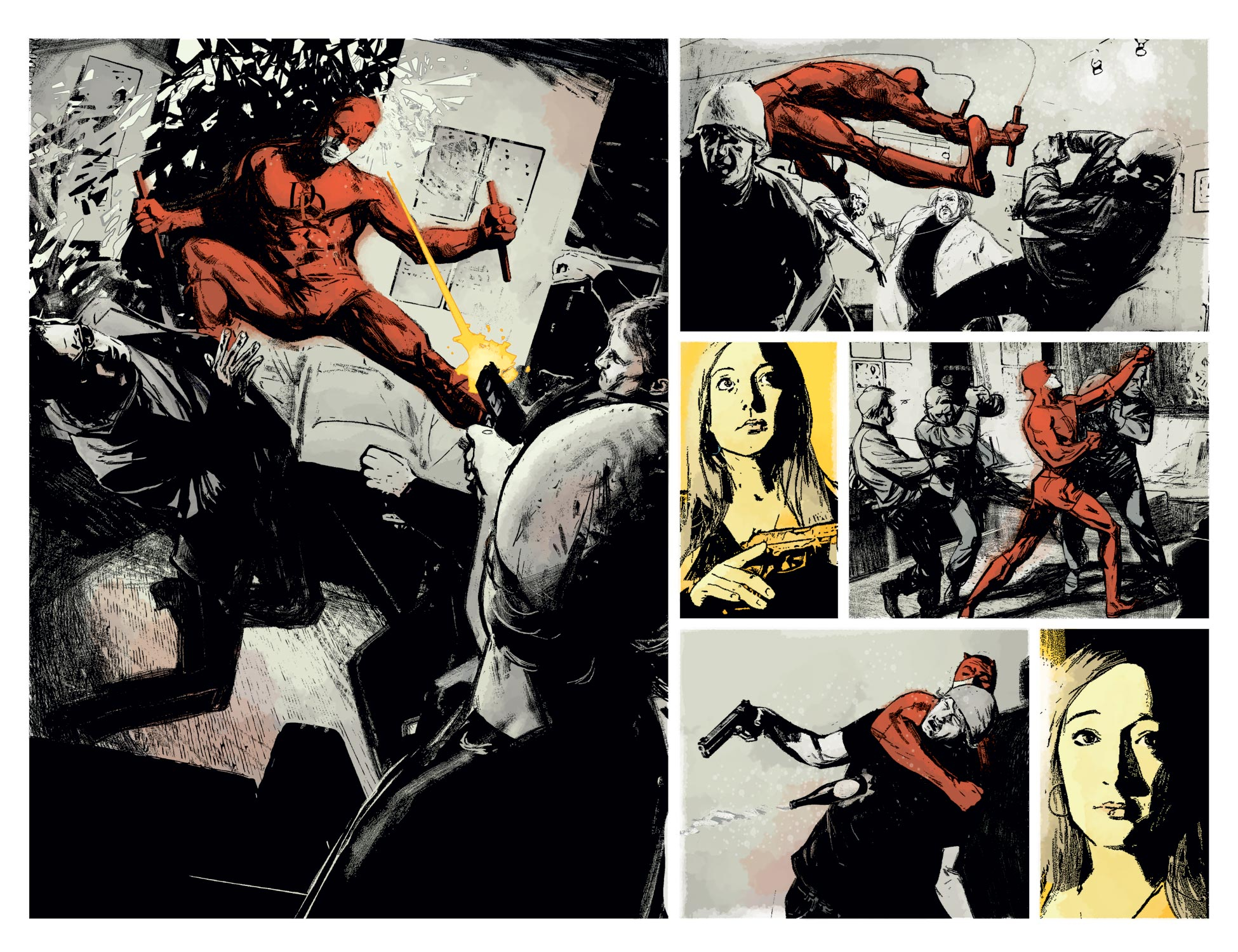 Decalogue sees Brian Michael Bendis varying his storytelling in a fashion that ultimately doesn’t work out. Possibly inspired by the 1995 movie thriller Seven, Bendis constructs his plot around the ten commandments. We’ll return to that. He begins with a support group in a church discussing Daredevil, and a re-interpretation of the conclusion to Hardcore casts him much in the New Testament manner of Jesus clearing the temple.

One by one the support group declare their interest in Daredevil and reveal their encounters with him, in most cases life-changing. It’s a manner of detailing the effect Daredevil and his presence have on ordinary people living in his area, or at least starts that way. In some ways this plays to Bendis’ strength in supplying naturalistic dialogue, but the manner of telling the story as, in effect, a series of anecdotes sucks the life from events. This section would work as a stage play with some motion, and possibly even as a film, but as comics it fails.

From that starting point, though, we move into very dark territory indeed, with Bendis constructing a disturbing mystical menace brought to life by Alex Maleev in skin-crawling fashion. As in Golden Age, Maleev expands his visual repertoire here, revealing the style in which he’s illustrated most of his Daredevil run as but one at his disposal. It serves him well for the support group sequences, but the later action material is far more expansive than previously. There are also some interesting colour effects from Dave Stewart.

Much was also made of how this story was based on the ten commandments, the title indicating this. Despite splashing some of them over the covers of the original issues in 50 point type, several don’t feature in the story unless you strain extremely hard to make a tenuous connection. It’s hard to see how they would, actually. That only half have relevance hardly impacts on the overall story quality, but then why bother in the first place?

Credit where credit is due for diverting from type to some degree, but not all experiments work. 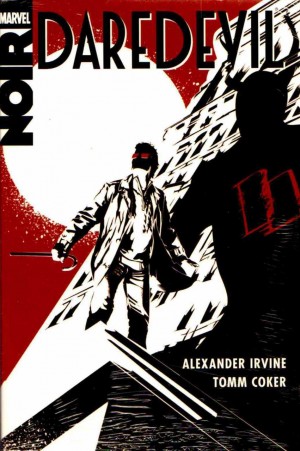