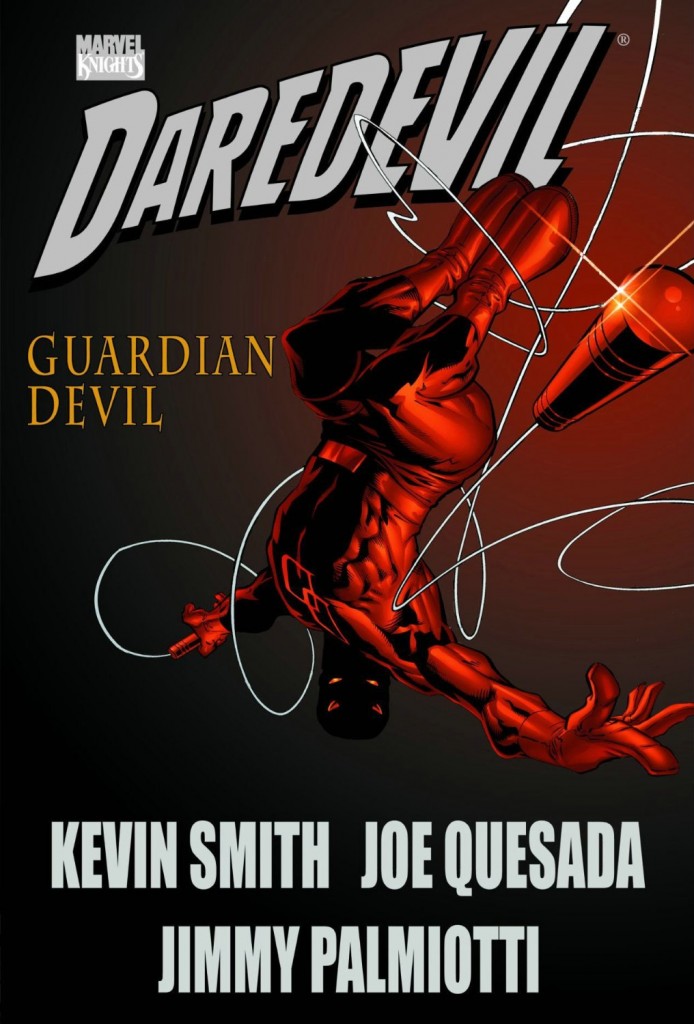 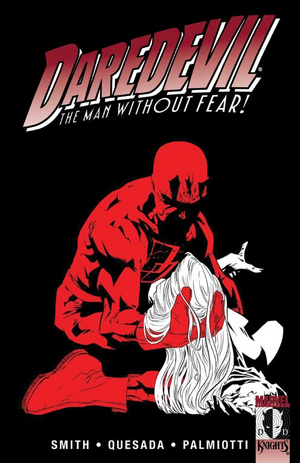 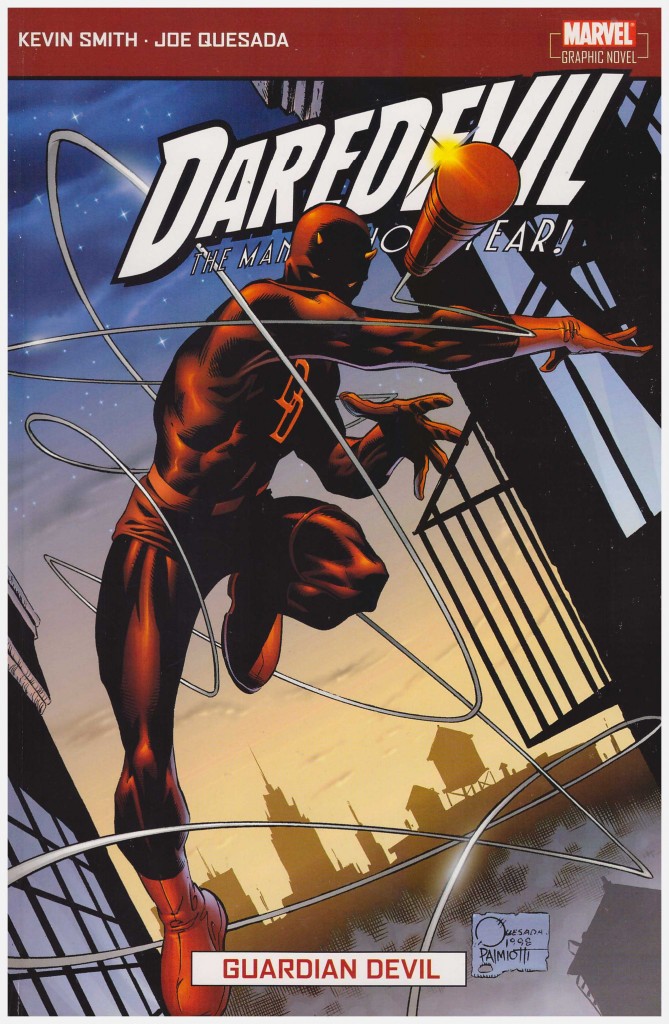 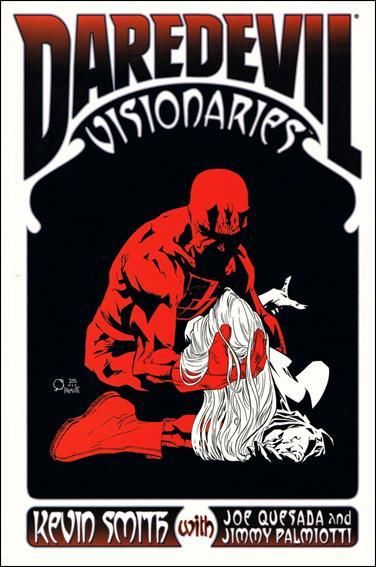 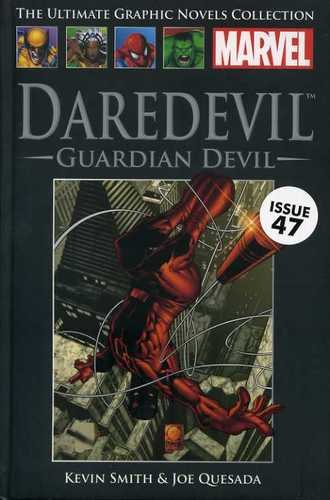 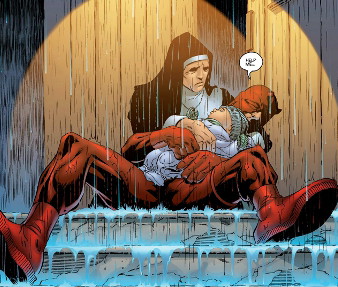 With TV and film contributors working with comics now commonplace, it’s difficult to imagine just how big a deal it was in the late 1990s that successful film director Kevin Smith was writing Daredevil. Before Smith eroded his welcome with a series of missed deadlines he was massive news, and he delivered a definitive Daredevil that lived up to the hype. And this was far more than merely looking good with a re-launched series after the comparative mediocrity of the then recent past.

Smith grasped the essential building blocks that constructed the character and wove a tense and compelling eight part drama that twisted Daredevil’s psyche and re-evaluated his world. It played on his Catholicism, shredded some relationships and fundamentally redefined his world. It was also very heavily influenced by Frank Miller’s 1980s interpretation of the character, most notably as a man who would battle against impossible odds in both his identities.

Smith introduces a series of mystifying events that lead Daredevil down some very strange paths. His behaviour becomes questionable, to say the least, and it alienates those who should be his closest friends. Among these is the long-forgotten Karen Page, Daredevil’s earliest girlfriend, now in considerably reduced circumstances, and key to the plot. At the end of the opening chapter Matt Murdock is literally left holding the baby. It’s a clever device for ratcheting up dramatic shock as his feelings toward the child develop and mutate to the stage where it’s potentially the centre of some unthinkable acts.

Such is Daredevil’s concern about his experiences, that there’s a point where he contemplates suicide, but then it’s always darkest before the dawn. There’s a logic and purpose behind what Daredevil endures, and Smith’s extrapolation after a big revelation around two-thirds of the way through the book is an insightful redefinition.

Guardian Devil is extremely verbose, yet this isn’t entirely detrimental, as exemplified during a bleak discussion with Spider-Man near the end about the effectiveness of superheroes. “For all the good we try to do we can’t damn the torrent of death and injustice that threatens to drown us every day. We’re guilty of being bandages on leprosy, but still our hubris would have us believe we can make a difference”. Yes, Smith sets Daredevil monologuing, but it serves a purpose in setting up a fine, and brief, riposte from Spider-Man. Spoiler, though. Read it in situ.

Joe Quesada’s art is appropriately dynamic and expressive, not entirely cartooning, but veering that way. His current editorial position leaves little time for drawing, and it shouldn’t be forgotten what a fine and decorative comic artist he can be, particularly when inked by his favoured collaborator Jimmy Palmiotti.

In the years since Guardian Devil Smith’s comics reputation has become tarnished by a legacy of blown deadlines, uncompleted projects and jobs for mates. That shouldn’t affect any consideration here, and is possibly balanced by this launching a succession of high quality Daredevil material persisting to this day.

For those who’ve avoided spoilers, yet have a familiarity with Marvel’s continuity, Guardian Devil should still intrigue, enthral and surprise. In the UK this has also been released as part of Hachette’s ongoing partwork series Ultimate Graphic Novels Collection.