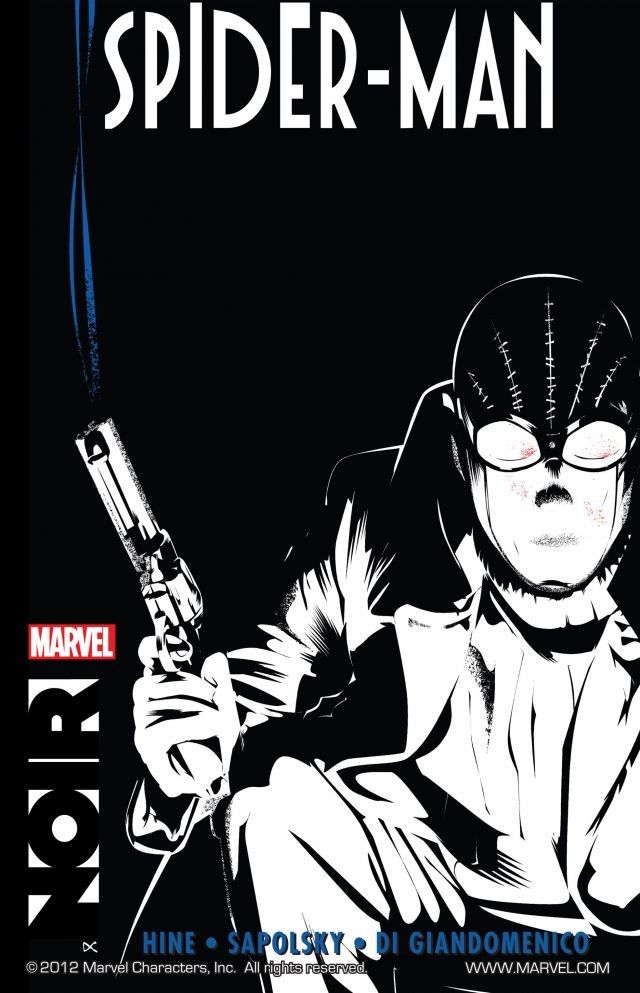 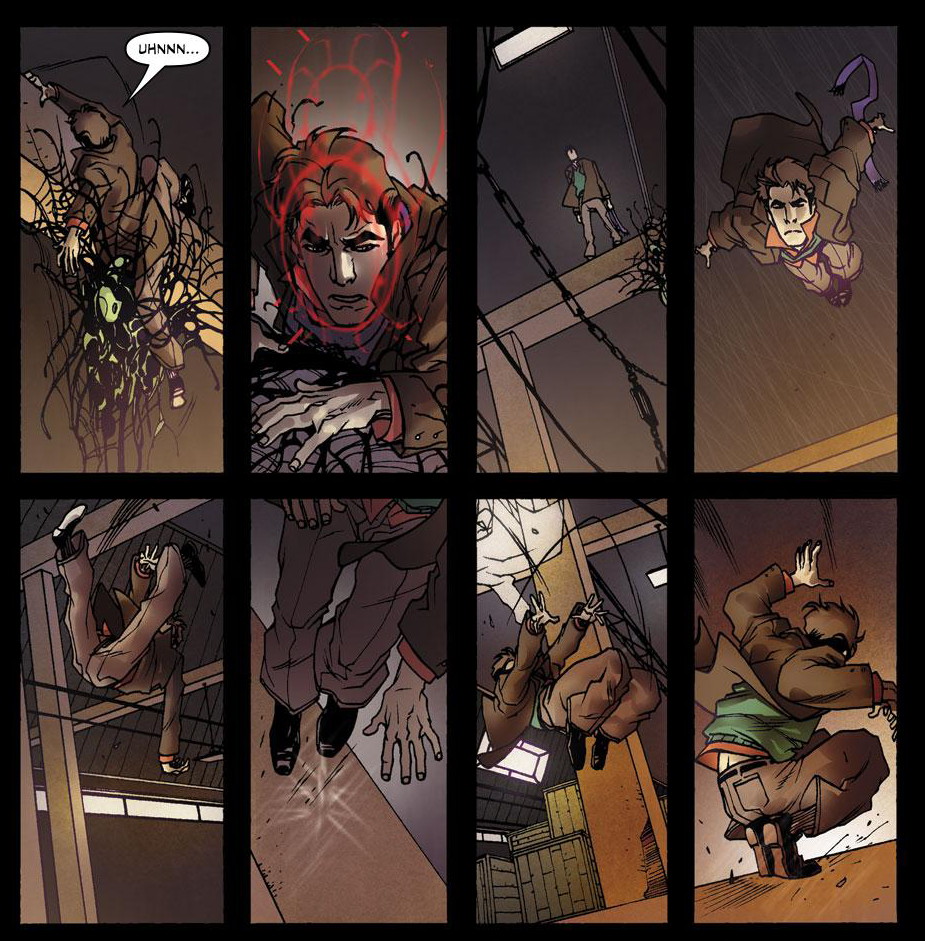 The alternate universe Noir line transposed Marvel’s characters wholesale into a pulp crime setting in the 1930s, down to the production resulting in smaller, pulp-size publications. The names and personalities remain the same, but much else changed.

Not Spider-Man’s luck, though, as the opening sequence finds him crouched with a gun on the desk of a very deceased Daily Bugle proprietor J. Jonah Jameson, the police having been tipped off about the killing. May Parker is a social activist, her husband having been murdered by criminal ganglord the Goblin, whose enforcers prey on the weak. Crusading journalist Ben Urich appears a paragon of virtue, and far more knowing about the world than Peter Parker, with whom he’s teamed on stories.

Parker’s transformed midway through the second chapter, rapidly discovers what he can do, and with a strong moral compass sets about the Goblin and his henchmen, who’ll all be familiar to Spider-Man readers.

The writing team of David Hine and Fabrice Sapolsky take their cue from the first days of Spider-Man, and throw in some interesting divergences from expectation, being one step ahead of an audience familiar with Spider-Man’s earliest villains. Artist Carmine di Giandomenico plays his part as well, supplying a new way of indicating the spider-sense, and a suitably dingy world in which this Spider-Man operates.

Of the familiar faces it’s the Vulture who undergoes the most radical transformation, the creators using his visual similarity to Murnau’s Noseferatu to create a far more chilling character. Felicia Hardy is re-cast as the glamorous owner of the Black Cat nightclub. It’s a largely successful blend of crime and superheroics, but sometimes the tone just doesn’t sit right. Parker’s background is established, but his naïve righteousness is over-egged to begin with, and May Parker’s reaction to the use of a gun that saves her life appears extreme.