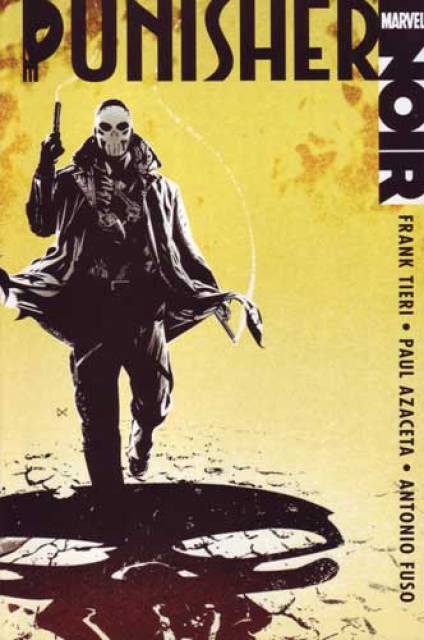 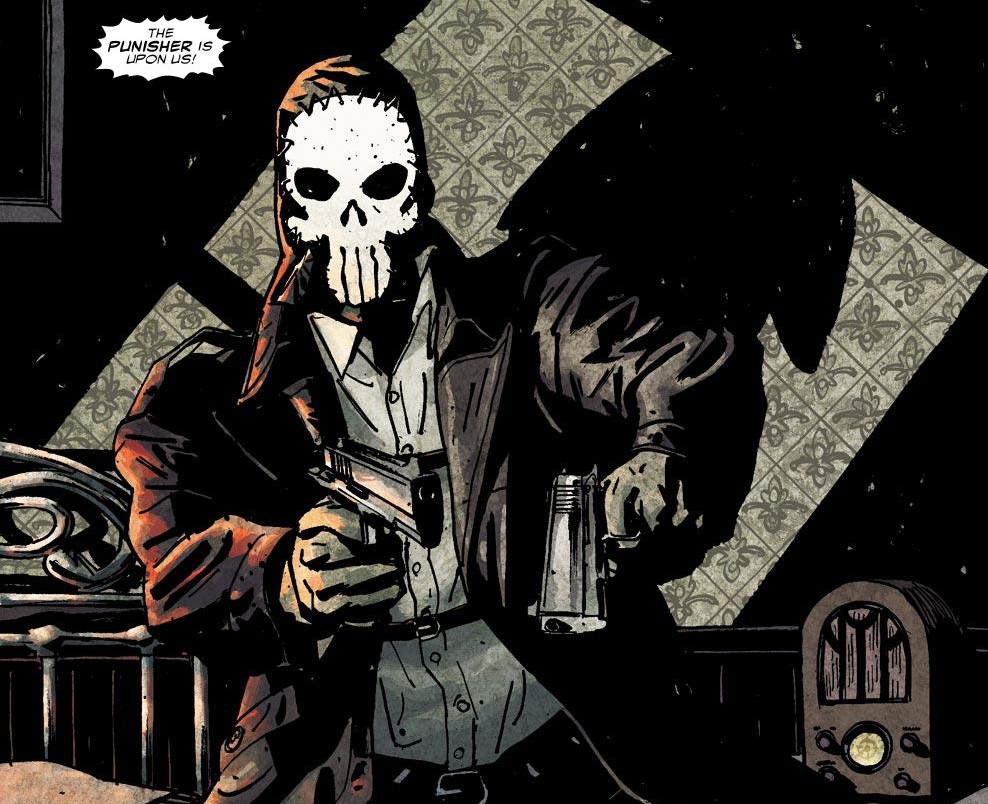 There are some clever twists to this re-working of the Punisher in a 1930s crime noir scenario and some bombshells. Writer Frank Tieri plays with the familiar aspects of his origin, presenting Frank Castelione, a World War I vet who’d seen action at Verdun, returning with a giant winged skull tattoo on his chest. His wife, though, dies of cancer, not gangsters bullets, and Castelione is left bringing up their son Frankie who’s becoming a bit of tearaway as the family grocery store declines. Tieri also weaves in real gangster Dutch Schulz, setting up in New York and averse to the idea of a single deli refusing to fall into his protection racket.

At this point most readers will figure they can see exactly how this story is heading, and Tieri then gleefully trashes those assumptions. And he’d played fair. The book’s opening sequence depicted a skull-masked vigilante preparing to head out as he listened to a radio show’s opening titles about a merciless scourge of criminals.

In Paul Azaceta there’s an artist ideally suited to delivering a stylised gloom reflecting the 1930s, depicting a real world in detail, differentiating his cast, and not stinting on the background detail.

Tieri populates this alternate New York with alternate versions of characters familiar to those who’ve read Garth Ennis’ Punisher run. There’s Detective Soap, the Russian, Barracuda, and recurring Punisher foe Jigsaw, and anyone figuring that once he’s unleashed his big surprise Tieri’s done would be mistaken. That said, the final chapter doesn’t live up to the remainder, although true to form Tieri ends it with an interesting twist.

After the original publication this was combined with the two Spider-Man Noir stories in the larger format Marvel Noir: Spider-Man/Punisher.