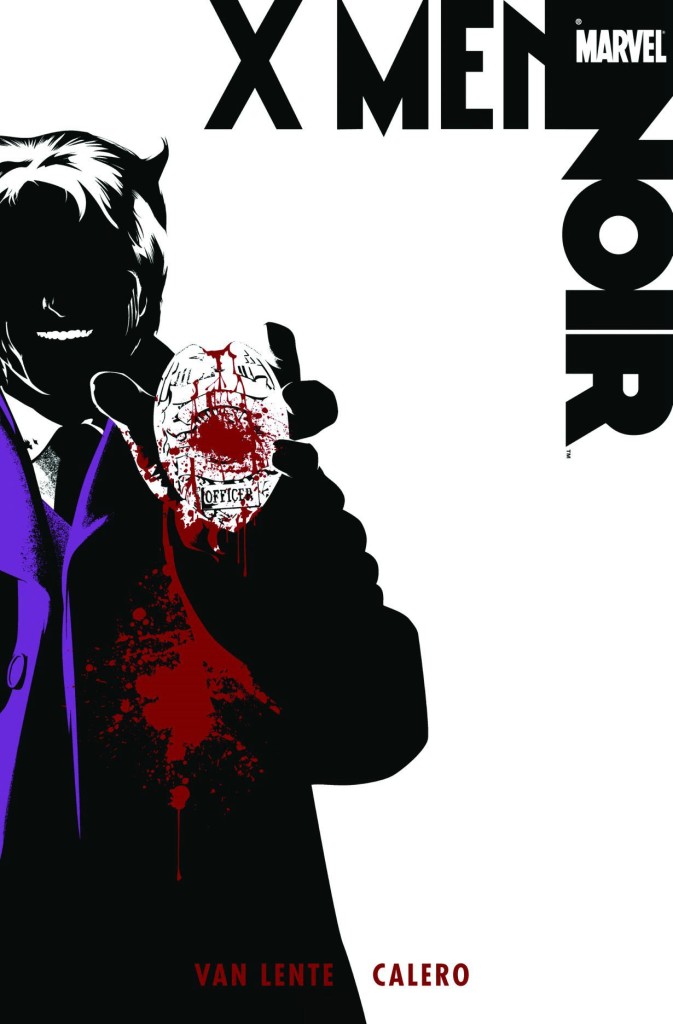 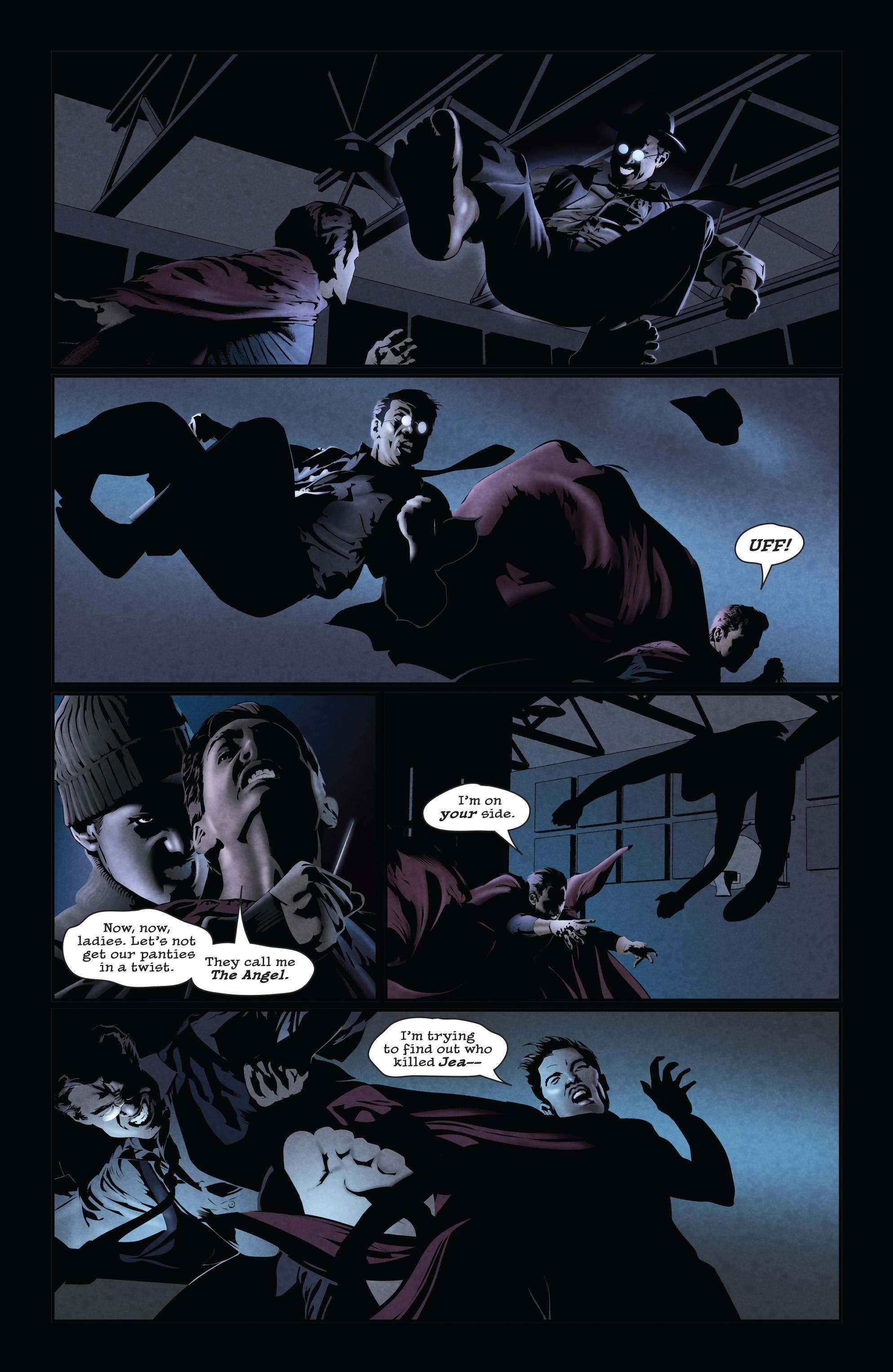 For all that the Noir line specified recasting Marvel heroes in a world of 1930s hard-boiled crime, the X-Men’s opening effort has a specifically grisly tone. An unbelievably cynical cop is called to the scene of a gruesome murder and on the basis of a tattoo on the corpse, attributes it to the X-Men, adding that it’s about time they were dealt with.

In this world the X-Men are former residents of the Westchester County Reform School run by Professor Xavier, eventually jailed without charges being brought on the basis that he was allegedly teaching his pupils how to be better criminals. A picture of a Faginesque organisation is painted, with the corpse unsympathetically noted as Jean Grey.

The key character is crusading Daily Bugle reporter Tom Halloway, not content to take police prejudice at face value. He uncovers a world where the X-Men are at war with Police Chief Magnus, where gangs are at war with each other, and where City Hall has little interest in bringing anything to a halt. Wrapped up in all this are Xavier’s unconventional theories of eugenics and psychology.

Much of X-Men Noir is very good. The manner in which many X-Men villains are reworked as convicts offering advice is novel, and artist Dennis Calero captures the gloomy and dangerous atmosphere in which the X-Men operate, cleverly secreting clues among the darkness. He also supplies a Hellfire Club decoratively contrasted via stained glass windows depicting the seven deadly sins.

Fred Van Lente successfully transfers the X-Men’s primary themes of alienation and persecution to a new setting, and keeps the readers guessing via dropping very well known names. That, though, is also a problem. Noir demands a recasting of the known world, and for single characters in other titles this largely worked well. The X-Men, though, are a vast ensemble and Van Lente’s unable to fit them all into the larger plot in a satisfactory manner. For anyone recognising those names this leads at times to an impression of the X-Men playing roles in Xavier’s school play, as it takes a while to figure out that these aren’t super-powered X-Men. Van Lente further complicates his story by not keeping his focus on a core cast. A team of Beast, Cyclops and Iceman work with Halloway, but we’re also dropping in on the activities of Magnus and family, Xavier, Remy LeBeau, Wolverine (whose own Noir graphic novel features a different incarnation) and others.

In the final analysis there may be some disappointment that the only proper superhero in sight is someone who’s not numbered among the X-Men in regular continuity, yet they are cleverly worked into the period setting. There’s a lot going on, and this isn’t a story to be skim read, otherwise you’ll miss the clues Van Lente and Calero salt along the way. The characterisation is tight, and Van Lente straddles an admirable line in reflecting both the angst associated with X-Men titles of the era and the elements making for a successful dark crime tale.

The world created by Van Lente and Calero was popular enough to be one of only two Noir projects given a second outing, and is revisited in The Mark of Cain. Both are collected with contradictory Wolverine outing in the larger sized Marvel Noir: Wolverine and the X-Men. 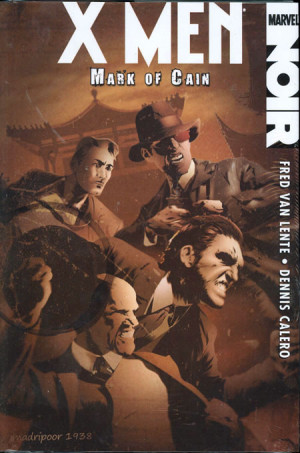